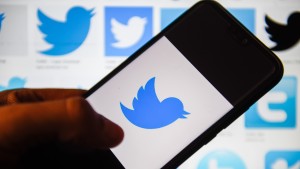 In at least two places:

Singapore…where the gov passed a law in October that would allow it to order a correction or take down posts it deemed as fake news. Yesterday, the gov applied this law for the first time after an opposition party member wrote a Facebook post questioning the government's involvement in decisions made by state investors. The government claimed the post included "false and misleading" statements and wanted him to correct it. Which he did.

Nigeria...where lawmakers have apparently proposed a bill that would hit internet users with fines or jail time for spreading what authorities consider to be fake news. The bill would also allow police to arrest people whose posts are believed to threaten national security, sway elections or reduce confidence in the government. Those who violate the law could get their internet taken away. A public hearing on this legislation is expected in the next few weeks. But an online petition to stop the bill already has over 70,000 signatures.

What's the reasoning behind all this?

Pretty much the same for both. Proponents seem to argue it's about preventing misinformation. Critics see laws like these as a way to smother free speech and crack down on dissent. Singapore apparently says its diverse population and its position as a global financial hub make it vulnerable to fake news. And one official reportedly used the 2016 US election and the Brexit referendum as examples.

The rise of fake news and misinformation campaigns is a real issue facing governments around the world. But these cases – in two places not particularly known for freedom of the press – have some worried that this is just another way for governments to control people's speech.

CO2 levels. Yesterday, the World Meteorological Organization released a report which found that carbon dioxide levels hit a record high in 2018. Reminder: CO2 is a greenhouse gas that traps heat in the Earth's atmosphere. It's known to contribute to global warming. And humans are responsible for the growing levels of CO2 in the atmosphere. The report warns that these levels show no signs of slowing down, and are contributing to climate change. All of this despite drastic measures taken by over 190 countries in the Paris climate deal to reduce greenhouse gas emissions. Some officials in the report are saying the time to act is now.

Skimm More: We answered your climate change questions in our guide

Who may testify in the impeachment inquiry...

Don McGahn. Yesterday, a federal judge ruled the former White House counsel must testify to Congress. This doesn't seem to have to do with Ukraine. Rather, it's about whether President Trump obstructed justice in special counsel Robert Mueller's Russia investigation. McGahn was seen by Dems as possibly the "most important" witness in that investigation, and they've wanted to question him since. This ruling is a setback for Trump, whose admin has argued that top aides have "absolute immunity" from testifying. And it could open the door for other senior officials like former national security advisor John Bolton to be forced to appear before Congress. The Justice Department said it will appeal the ruling

Whose name you're hearing about again…

Adnan Syed. Yesterday, the Supreme Court said it won't consider his appeal. Quick reminder: Syed's case was the main focus of the popular "Serial" podcast back in 2014. Syed has been serving life in prison over the 1999 murder of his ex-girlfriend Hae Min Lee. His lawyers pushed for a new trial. But the Supremes are saying 'pass' on hearing his appeal – they did not give a reason why

EBay. Yesterday, the 'buy it, sell it, love it' company announced that it's doing just that with StubHub. EBay bought StubHub in 2007, now it's selling it to rival Viagogo for $4.05 billion. And its stock is loving it

What will help you through the awkward Thanksgiving convos...

Our app. We have a guide to all the things that may come up at the dinner table this year (think: the impeachment inquiry and the 2020 election). Plus, the movies coming out that'll help you escape...if you need to.

...Oh and if you're more of the reading type, we've got that too.