Daily Skimm: The Afghanistan Papers, Abortion in Kentucky, and Cardi B and Kulture Going Vogue 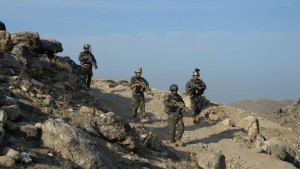 A THRONE OF LIES

A report says US officials have long misled the public about America's longest armed conflict.

The war in Afghanistan?

Exactly. American troops were sent to the country 18 years ago, following 9/11. The goal was to take down al-Qaeda and prevent similar attacks. Years later, the objectives are less clear. And a new Washington Post report says the gov has been lying about "progress" in the country throughout the Bush and Obama administrations.

Back in '08, Congress created an agency to look into things like waste and fraud in the Afghanistan war. The agency also looked into the war's "root failures," interviewing hundreds of people. By suing, the Post got access to the documents.

That US officials were lying or hiding evidence that showed the war had become "unwinnable." That officials made up "downright false" stats and tried to portray rising US death tolls as a sign of progress. That military officials in the field kept making color-coded charts showing the situation was improving...when the evidence was murky at best.

Well, what do we know?

Civilian casualties are higher than ever recorded. Thousands of US troops have died. Thousands more have been injured. The Taliban shows no signs of slowing down.

Why does this case sound familiar?

You may be thinking of the Pentagon Papers – a top-secret study that found the gov had "systematically lied" to the public and Congress on everything from how the US got involved in the Vietnam War to its chances for military success. There are parallels.

When the Pentagon Papers were published in the '70s, there was a trust between the American people and their government that had been broken. It's never been fully repaired. Documents like the ones released yesterday underscore why.

Today's announcement. House Democrats announced two articles of impeachment against President Trump. The first is abuse of power, related to his alleged actions with Ukraine. The second is obstruction of justice, related to his approach to Congress's impeachment inquiry (which he's dismissed as a hoax).

Skimm More: Trump still isn't impeached. Here's your refresher on what happens next

The 2016 Russia probe – the one where the FBI was looking into whether the Trump campaign had ties to Russia. Yesterday, the Justice Department's inspector general dropped his report on the investigation into the Russia probe. Reminder: this investigation started last year over whether FBI officials were pushed by people within the Obama admin to spy on then-candidate Donald Trump's campaign. Now, the IG report found that the FBI had an "authorized purpose" to launch the Russia investigation and that there was no evidence of political bias. But the report did find more than a dozen "significant inaccuracies and omissions" by the FBI – especially in its applications for warrants to surveil a former Trump campaign adviser.

A Kentucky abortion law. Yesterday, the Supreme Court decided against hearing a challenge to the state's abortion law – ultimately allowing it to take effect. It requires doctors to show and describe images of ultrasounds and play audio of the heartbeat to women seeking abortions. Kentucky says the law is all about giving women informed consent. Challengers reportedly argued that the law forces patients to see images they don't want to see. And that it violates doctors' First Amendment rights by forcing them to convey anti-abortion messaging. SCOTUS didn't comment on why it didn't hear the case.

Pete Frates. Yesterday, the man with ALS who helped popularize the viral Ice Bucket Challenge died at the age of 34. ALS is an incurable disease that affects nerve cells that control voluntary muscles. The 2014 video challenge helped raise awareness and more than $200 million worldwide for ALS research. His family called him a "noble fighter" and an inspiration. RIP

Who was born to flex…

Cardi B and Cardi Baby.