Daily Skimm: Harvey Weinstein's Trial, Southwest Airlines, and Honey, We Have a Sequel 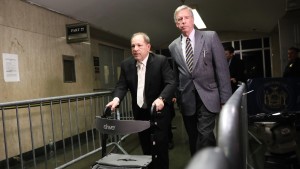 It's been a while. Can you refresh my memory?

Last month, the Hollywood producer went to trial after sexual misconduct allegations were reported in 2017 by Jodi Kantor and Megan Twohey for The New York Times and Ronan Farrow for The New Yorker. Dozens of women have since come forward, but the trial is addressing two allegations: one from 2013 that Weinstein raped a woman in a New York hotel room. And one from 2006 that he performed a forcible sex act on a woman at his Manhattan apartment. Weinstein has pleaded not guilty and maintains the acts were consensual.

So what happened during the trial?

Weinstein's legal team called seven witnesses (think: a memory expert, people connected with the accusers). And tried to cast doubt on the accusers' credibility, arguing that they used him to advance their careers. Weinstein did not testify.

They called 28 witnesses, including six women who claim Weinstein raped or sexually assaulted them. Prosecutors claimed the film producer dangled possible career advances as bait to get the women alone with him, where he would then allegedly sexually harass or assault them.

Is there a verdict?

Not yet. Each side will give their closing arguments today and tomorrow. As early as next week, the jury could deliberate. If convicted on the most serious charge, predatory sexual assault, Weinstein could face up to life in prison. In the meantime, he also faces up to 28 years in prison on sexual assault charges against him in Los Angeles.

The reports against Weinstein have ignited the #MeToo movement we know today. Some say the results of this case could set the precedent for similar cases in the future.

What's not soaring with praise...

The Federal Aviation Administration. Earlier this week, the DOT's Office of Inspector General released a report that found some alarming claims about the FAA. Including that it let Southwest Airlines operate dozens of planes that didn't meet US aviation standards. And that the airline was allowed to routinely provide its pilots with inaccurate data to operate some of its flights. This put over 17 million passengers on more than 150,000 flights at risk. The report stemmed from a 2018 investigation into the death of a passenger from an exploded engine on a Southwest flight. The IG cited FAA officials who accused airline officials of using "diversion, distraction, and power" to get what it wants.

Coronavirus. Yesterday, health officials in China reported nearly 15,000 new cases and at least 254 deaths (a daily record) in Hubei province – the epicenter of the outbreak. The new total raises the death toll to over 1,360 people and with nearly 60,000 infected. The spike comes after reports that the outbreak might be slowing down. And amid new methods to diagnose infections. Earlier this week, the World Health Organization gave the new coronavirus disease a new name: COVID-19.

BP. Yesterday, the oil-and-gas giant said it would aim to cut its own greenhouse gas emissions to net zero by 2050. And will reportedly shift its investment into "low carbon businesses." Quite an ambitious goal for the energy producer, which has faced years of pressure to help tackle climate change. Some investors praised the announcement, but details on how BP will carry out its plan still aren't clear.

Deval Patrick. Yesterday, the former Massachusetts governor ended his presidential bid. Patrick – who had a late start to the Democratic race – said votes in the New Hampshire primary weren't enough to lead his campaign into "the next round of voting."

What should be covered in "The French Dispatch"...