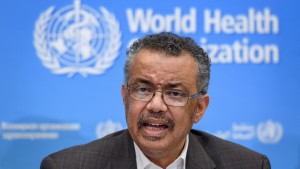 As some countries begin to reopen, the World Health Organization is warning of a false sense of security.

After weeks of social restrictions due to the coronavirus pandemic, some governments are looking to things like antibody testing to help them determine if and when to hang the 'open for business' signs. But last week, the WHO said 'not so fast,' warning govs against issuing "immunity passports" or "risk-free certificates."

Passports. Think of them as gov-issued permission slips. If you've recovered from the virus and have the antibodies for it, you'd receive a certificate allowing you to travel or return to work. For now, Chile is the only country that's said it will use them. But others like the UK, Germany, and Italy have considered the same approach.

And the WHO's not here for it?

Right. The agency says there's "currently no evidence" that people who've had the virus (and developed antibodies) won't be reinfected. It added that things like "immunity passports" could lead people to ignore public health guidelines (think: covering your face, staying six feet apart), making it more likely for the virus to continue spreading. And the WHO has warned that some antibody tests show false positives – adding to the uncertainty surrounding testing accuracy.

Speaking of testing, where do we stand with that?

It still seems to be a hurdle here in the US. Yesterday, White House coronavirus response coordinator Dr. Deborah Birx said the US needs a "breakthrough" to speed up results and get a clearer picture of the virus's spread. And warned that social distancing guidelines would likely remain through the summer, something that could affect how states reopen.

While some countries are loosening restrictions, the WHO's warning about potential reinfections is raising concerns. And health experts say there's a long way to go before things get back to normal.

Saudi Arabia. The kingdom just announced it's ending two controversial practices: the death penalty for minors and flogging. Saudi Arabia is apparently one of several countries that still does both. Minors have been sentenced to death for murder, terrorism, or even engaging in anti-government protests. And flogging was done for things ranging from being drunk in public to having sex outside of marriage. Now, the kingdom is looking to issue fines and prison time instead of flogging, and could retry several people sentenced to death for their actions as minors. It comes as Crown Prince Mohammed Bin Salman's been trying to reform his image...er, the kingdom.

While British PM Boris Johnson is back to work...

Kim Jong Un is still, as they say on "Love Is Blind," sight unseen. Rumors about the North Korean dictator's health have been swirling for weeks. He hasn't been seen since April 11. And one report said he was in "grave danger" after undergoing a heart procedure. The rumors went as far as saying the leader had died. But nothing's been confirmed. The latest: people are making a lot out of the fact that Kim's train appears parked near one of his compounds. But South Korea reportedly maintains the leader is "alive and well."

The NBA. Over the weekend, the association said it'll reopen team training facilities for players as soon as this Friday. But only in states that have relaxed stay-at-home orders like Georgia or Oklahoma. Because of the pandemic, the league shut down practice facilities. This move still won't allow team practices, but players will soon be able to use the facilities to shoot some hoops alone if they'd like to.

What's got a new priority...

The Gates Foundation. Bill Gates said the coronavirus has the org's "total attention." The foundation – which focuses on infectious diseases, reducing hunger, and other issues – will now put nearly all its chips on helping the World Health Organization fast-track the development of COVID-19 tests and vaccines. But Gates warns the move will take a hit on its other cause areas, including its efforts to eliminate polio.

Who's one step closer to being named "Sexiest Man Alive"...