Daily Skimm: Charges in Floyd's Death, Hong Kong, and the NBA Trying to Bounce Back 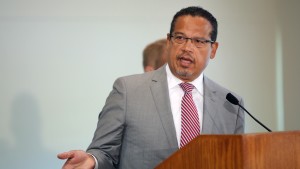 Amid calls for justice across the country, there's been one significant step.

All four police officers involved in George Floyd's death are now facing criminal charges. Until now the only one charged was Derek Chauvin, the officer who pinned Floyd down with his knee on his neck. Yesterday, Minnesota's AG announced he's facing second-degree murder charges, updated from third-degree charges (which carry a shorter sentence). The three other officers – Thomas Lane, Tou Thao, and J Alexander Kueng – were charged with aiding and abetting murder. But recent news could escalate tensions.

The Justice Department reportedly gave the Drug Enforcement Administration the temporary power to conduct "covert surveillance" on protesters, potentially by collecting data from cellphones. The DEA could also apparently interview, search, and arrest protesters – which could add to the more than 9,300 who've already been arrested since last week. This comes as more than half of US states have deployed the National Guard – a measure President Trump has encouraged to instate "law and order." Not everyone's on board.

Defense Secretary Mark Esper. Yesterday, he announced he was against Trump's threat to call in the US military to quash protests. He said active-duty personnel should only be used as a "last resort." Surprise: the White House apparently didn't take that too well. And later in the day Esper seemed to backtrack. He wasn't the only one with opinions: former Defense Sec Jim Mattis denounced the president yesterday for "militarizing" the response to protests and "dividing" the country. Meanwhile, former President Barack Obama called on mayors, city councils, and police oversight bodies to review their policies on police use of force.

Since last week, we've seen Americans stand together in 50 states to demand justice and an end to systemic racism. We've seen four officers fired and charged in a climate where law enforcement officials are rarely held to task. We've seen the power that everyday citizens can have to effect change.

The UK. Yesterday, PM Boris Johnson said he'd open the country's doors to nearly 3 million Hong Kong residents if China went through with its national security law. Reminder: The law would let China bypass Hong Kong's local gov and crack down on pro-democracy protests there as soon as this month. But Johnson's saying 'not so fast' and that it violates the "one country, two systems" agreement – which was the one big condition China had to follow for the UK to hand over the territory in 1997. Johnson added that he's willing to allow Hong Kongers to live and work in the UK and even get on a path to citizenship. China reportedly accused the UK of "gross interference."

...Oh and today, Hong Kong's legislature passed a controversial bill making it illegal to insult China's national anthem. Anyone found guilty of violating it could face years in jail and a $6,450 fine.

Who else has beef with China...

The US. Yesterday, the Department of Transportation said it would ban Chinese passenger airlines from flying to America starting June 16. The reason: It's accusing the country of violating a 1980s agreement on flight operations. In March, China set restrictions on foreign passenger flights amid the coronavirus pandemic. But four Chinese carriers have since been allowed to fly to and from the US (at reduced levels). And even though US airlines (like Delta and United) wanted to restart flights, Beijing hadn't given its approval. So the DOT said 'two can play at that game.' But now, China appears to be changing its mind. Today, Chinese authorities said they would start allowing foreign airlines to operate one international passenger flight per week. The move could help ease the already high tensions between the US and Beijing (see: this and this).

What's on the WHO's mind…

Mutations. Yesterday, World Health Organization officials said there's no evidence the coronavirus has mutated yet in ways that would change how quickly the virus spreads or affects people. *Enter brief sigh of relief here.* The WHO also reportedly said the coronavirus is "relatively" stable and that, like most viruses, it'll "evolve to live with humans" which could make it less severe.

Hydroxychloroquine. Yesterday, the WHO said it's hitting 'resume' on its trial of the antimalarial drug as a potential coronavirus treatment. Last week, the org announced it was pausing testing on the drug after a study found that it led to an increased risk of heart problems and death. But officials are raising concerns regarding how the study (and other ones like it) collected data. Meanwhile, a separate study is saying 'WHO, look at me.' It found the drug doesn't help prevent COVID-19.