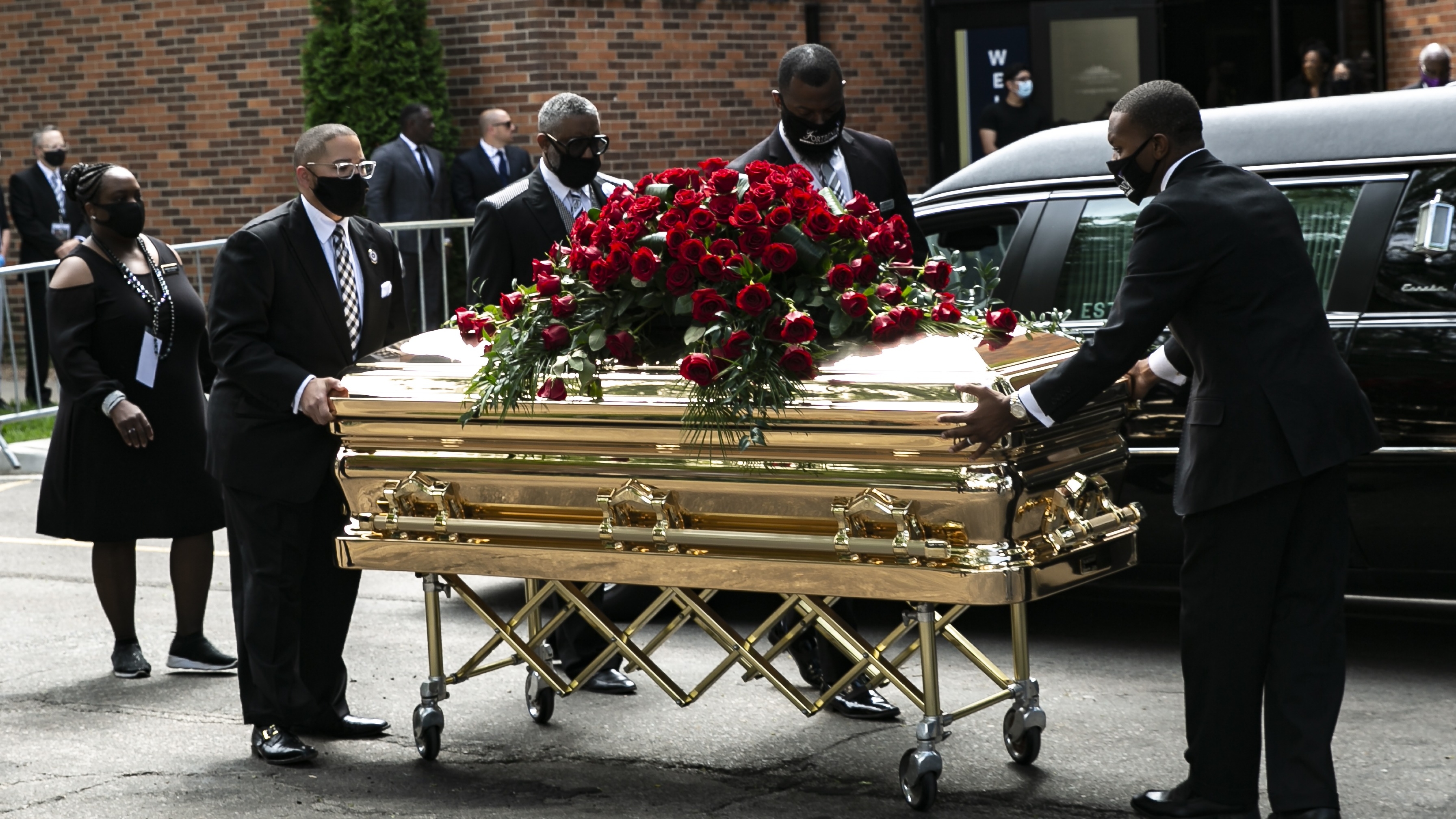 A Nation in Mourning

Family, friends, lawmakers, and supporters celebrated the life of the man whose death last month sparked nationwide protests. A moment of silence was held for eight minutes and 46 seconds – the length of time now-fired police officer Derek Chauvin held his knee on Floyd's neck. Civil rights activist Rev Al Sharpton delivered the eulogy and called on people to join a march in Washington "to deal with policing and criminal justice" on August 28th – the 57th anniversary of Martin Luther King Jr's "I Have A Dream" speech. Floyd's brother also spoke, sharing memories of their childhood and saying "everybody wants justice" for George. Speaking of justice, there are updates on the Ahmaud Arbery case.

Arbery was killed in February, after being chased and shot by a former police officer and his son while another man recorded the shooting. All three were arrested more than two months later and charged with felony murder. Yesterday, it came out that the gunman had allegedly used a racial slur after shooting Arbery. A judge has ruled that the cases can move to trial. But while criminal cases are moving forward for Floyd and Arbery, that hasn't happened for Breonna Taylor.

Today would've been Taylor's 27th birthday. But she was killed in her own home in Louisville, KY, in March after being shot at least eight times by police executing a "no-knock" search warrant. Taylor's family filed a wrongful death lawsuit. And last month, the FBI opened an investigation into the deadly shooting. But it's been exactly 12 weeks since her death, and no one has been arrested or charged.

George Floyd. Ahmaud Arbery. Breonna Taylor. These lives have moved a nation to action so that this never happens again.

This Confederate statue. Yesterday, Virginia Governor Ralph Northam (D) announced that the statue of Robert E Lee in Richmond will be removed "as soon as possible." Lee was a Confederate general during the Civil War, who led the South's attempt at secession. The governor said the statue – which stands on Monument Avenue in the former capital city of the Confederacy – "was wrong then, and it is wrong now." Four more Confederate statues in the city are on track to be taken down next month.

Where people are saying 'we won't forget'...

Hong Kong. Yesterday, thousands of people there gathered to commemorate the 1989 Tiananmen Square massacre despite a police ban. The massacre happened when China declared martial law amid pro-democracy protests in Beijing and used military force against its own people, killing hundreds. The country has since tried to erase the incident from its history, and it remains one of the most censored topics on the internet there. But Hong Kong is allowed to memorialize the day every year by holding things like vigils. This year, for the first time ever, police banned the Tiananmen vigil, citing concerns over the spread of COVID-19. But people still gathered and chanted pro-democracy slogans. Some were pepper-sprayed by police for violating the ban.

This video. Yesterday, two police officers in Buffalo, NY were suspended without pay after a video showed them pushing a 75-year-old protester to the ground. He's seen falling backward and is on the ground bleeding from his ear moments later, but the officers walk past him. Buffalo's mayor said the man was in stable but serious condition at a hospital. NY Gov Andrew Cuomo (D) said he approved of the suspensions and called the incident "disgraceful."

The Lancet. Yesterday, the medical journal retracted a major study on hydroxychloroquine. The study last month found that the drug was linked to an increased risk of death and heart problems when used to treat COVID-19. Several governments reportedly banned use of the drug for COVID-19 as a result. Except...the company that provided the data apparently had employees with little to no scientific experience. Now, the authors are saying they can't "vouch" for the study's accuracy.