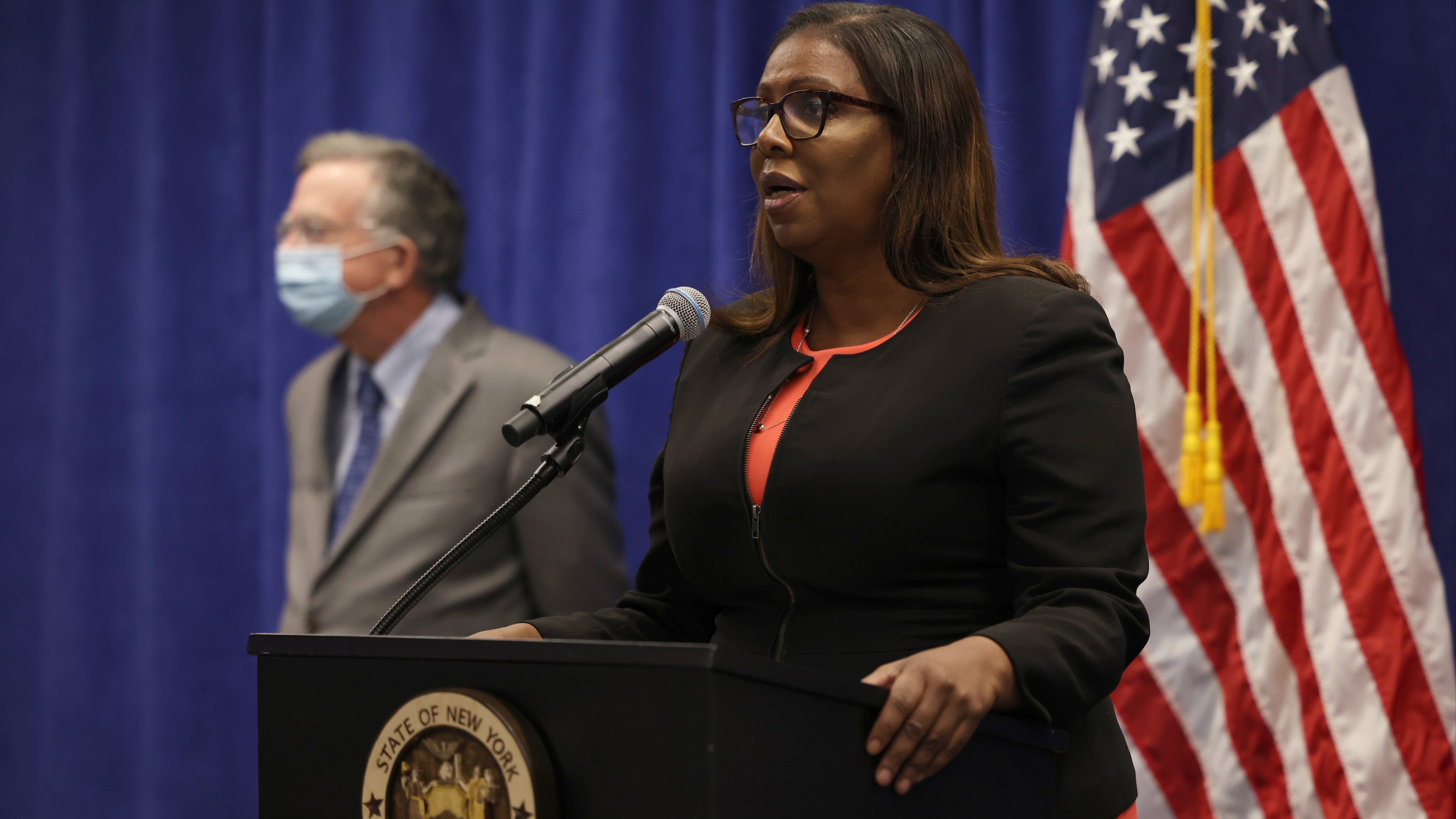 New York's AG is trying to dissolve the NRA.

Yesterday, Attorney General Letitia James sued the National Rifle Association after an 18-month investigation found evidence of fraud and abuse. The lawsuit alleges that NRA execs misused charitable funds for personal expenses – including longtime CEO Wayne LaPierre, who allegedly used the money for golf membership fees, private jets, and a yacht. And that they arranged contracts for their friends and family to earn money. According to the lawsuit, that financial misconduct cost the NRA $64 million over a three-year period.

Indeed. The NRA was founded in 1871 as an association for sport shooting and for years focused on hunting and marksmanship. But in recent decades, the org's become a lobbying powerhouse for gun-rights legislation. It's also a big donor to many Republican politicians, including raising $30 million to support then-candidate Donald Trump in 2016. As a staunch supporter of the Second Amendment, it's come under scrutiny in recent years amid several deadly mass shootings. And the group's also faced questions about its spending before.

What's the NRA saying about this?

It filed a countersuit. NRA President Carolyn Meadows called the claims "baseless" and a "premeditated attack" on the org and the Second Amendment. And suggested it was a purely political move amid the 2020 election. President Trump – who has his own beef with the NY AG – called the lawsuit "terrible." And suggested the NRA move to Texas. But because the nonprofit is chartered in NY, the AG has the power to regulate it and could force it to stop its operations or dissolve. And she's also looking to bar the four execs from ever serving on a charity's board again.

The NRA's already faced financial trouble this year and reportedly laid off or furloughed over 200 employees amid the coronavirus pandemic. Now, with this latest lawsuit, the org is facing a potentially long legal fight to stay afloat.

TikTok. Yesterday, President Trump signed an executive order banning the Chinese video-sharing app in 45 days unless it's sold, citing national security concerns. The order would also bar US companies from having transactions with TikTok's owner, ByteDance. A second EO with the same conditions was also issued against WeChat – a Chinese-owned messaging app. The orders come as Microsoft tries to sort out a deal to not only buy TikTok's US operations, but apparently its entire global business. The Trump admin has raised concerns the companies could share users' data with the Chinese government. But WeChat's US data is apparently stored in Canada. And TikTok, which said the move "sets a dangerous precedent," has claimed its data is stored in the US. The news adds to growing tensions between the US and China.

Beirut. Yesterday, 16 Beirut port officials were reportedly arrested over this week's explosion, caused by the detonation of 2,750 tons of ammonium nitrate at the city's port. Investigators are still looking into possible negligence amid reports that the gov had repeatedly ignored warnings about the "floating bomb" that killed 145 people, injured 5,000, and left hundreds of thousands homeless. French President Emmanuel Macron visited Lebanon – a former French colony – and promised to organize an international conference to raise money for aid. He also called for reforms in the country, which has been marred by corruption and political and economic instability.

Who's making planes spell 'history' in the skies...

Gen. Charles "CQ" Brown Jr. Yesterday, he started his first day as the Air Force's new chief of staff. He's the first Black man ever to lead a branch of the US military. Brown served in the Middle East and led the air war against the Islamic State. He thanked "the perseverance" of those who served before him – including the Tuskegee Airmen – for inspiring him and others.