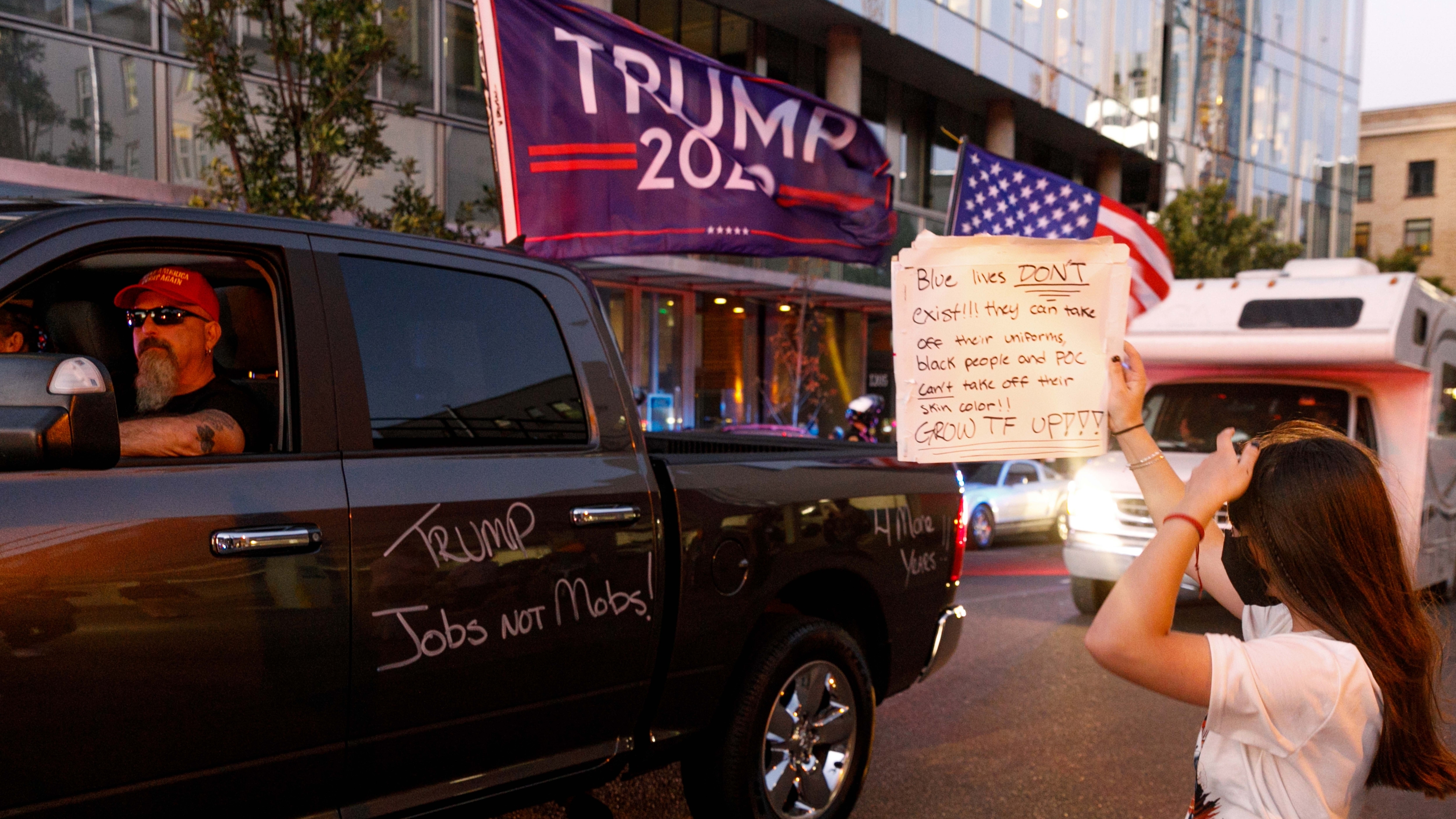 The state of our country is raising alarms.

In the last several months, the coronavirus has taken the lives of more than 182,000 people in America. Our economy has dropped to record lows. And we've seen nationwide protests calling for police reform and racial justice. They were sparked by the killing of George Floyd. And some have continued throughout the summer. Now, they're picking up even more steam after a video came out of police in Kenosha, WI, shooting Jacob Blake in the back seven times.

Last Friday, thousands of people gathered for the "Get Your Knee Off Our Necks" March on Washington on the National Mall. It was held at the same location where Martin Luther King Jr gave his "I Have a Dream" speech in 1963. Speakers addressed ways to end police violence against Black Americans and protect voting rights.

It was. But things have gotten more tense in other parts of the country. Last week in Kenosha, some protesters started fires and threw water bottles at officers. It escalated when a 17-year-old – who was walking around the protests with a semiautomatic rifle and apparently considers himself part of a militia – allegedly killed two protesters and injured another. He's being charged with homicide. Then there's Portland…

Protests are not new in Portland. For months, protesters have rallied for police reform and racial justice. Over the weekend, President Trump's supporters held a rally in the city with a 600-vehicle caravan. And they clashed with counter-protesters: some of them drove into crowds, shooting paintballs from their windows as counter-protesters threw objects back at them. One man – who was apparently a supporter of the right-wing group Patriot Prayer – was killed in the midst of the tensions. Police say they're investigating the shooting.

Has the president chimed in?

He did. He took to Twitter to denounce Black Lives Matter protesters as "agitators and thugs." And blamed the violence on the Democratic leaders of Portland. Portland's Mayor Ted Wheeler says 'not true' and argues that Trump has created "hate and division."

For a time, this presidential election was about things like health care, Trump's impeachment, and the economy. But the pandemic and Black Lives Matter protests have brought to the forefront some of the country's underlying racial issues. Now, many Americans could be assessing whether it's Trump or Joe Biden who can unite the country and tackle the problems currently dividing us.

Chadwick Boseman. On Friday, the actor died at age 43 after a four-year fight with colon cancer. Boseman played Black icons including James Brown, Jackie Robinson, and Thurgood Marshall. But he was best known for his star role as King T'Challa in "Black Panther" – Marvel's first Black superhero movie and a celebration of Black culture. For many of his fans, he was the first superhero that represented them on screen. Off-screen, Boseman kept his cancer battle private. His family said he filmed many of his recent movies ("Da 5 Bloods," "Ma Rainey's Black Bottom") while undergoing treatments and surgery. And used his time to visit children battling cancer. Tributes have rolled in – including from the Obamas, Oprah, and many of his co-stars. "Black Panther" director Ryan Coogler called him "an epic firework display." RIP.

Who could be easing some fears...

The FBI. Last week, the intel agency said it hasn't seen any evidence of "coordinated" voter fraud efforts related to voting by mail. This contradicts President Trump's repeated claims that mail-in voting would lead to fraud. And that Democrats want to use it to "steal" the election. FBI officials also said it would be "extraordinarily difficult" to change an election's outcome through vote-by-mail fraud.

Louisiana and Texas. Hundreds of thousands of people there still don't have power and water after Hurricane Laura hit the Gulf Coast last week as a Category 4. Officials say it could take weeks to restore electricity in some areas. At least 16 people have reportedly died. More than half of those deaths have been from carbon monoxide poisoning from unsafe use of generators. President Trump visited the area over the weekend and approved a major disaster declaration in Louisiana to help free up federal funds for recovery efforts.

What's looking to learn from the past...

Austria. This week, the country will reportedly start offering citizenship to descendants of Jewish refugees who were forced to leave Austria during the Nazi regime. Reminder: About 120,000 Jewish people are believed to have fled Austria after the Nazis took control of the country in 1938. Now, citizenship could be open to their children, grandchildren, and great-grandchildren. The law goes into effect tomorrow.

Who could direct an episode of "Black Mirror"...