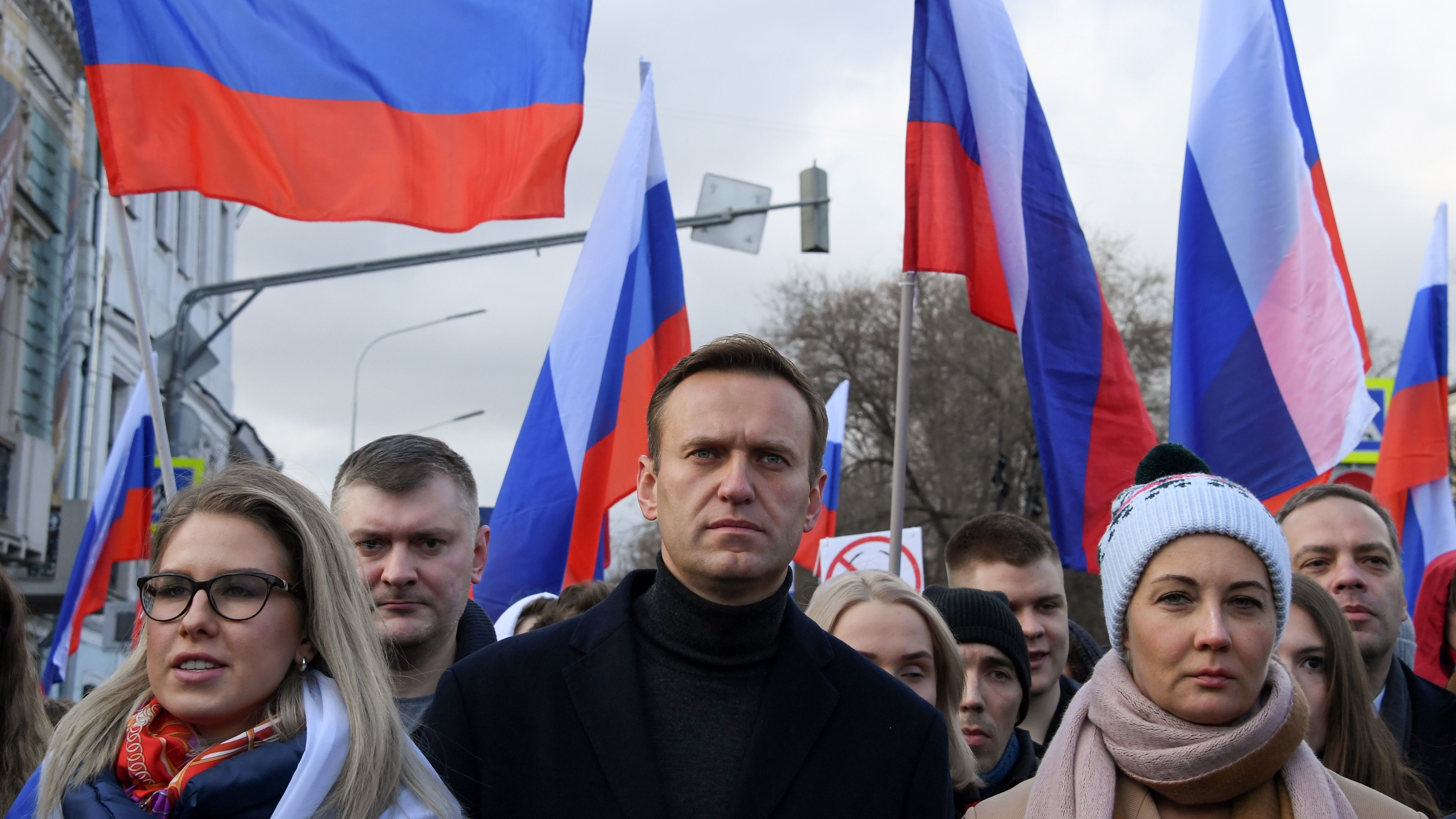 Russia's once again been accused of poisoning one of its own.

Alexei Navalny. Last month, the Russian opposition leader became seriously ill after drinking tea in the motherland. He fell into a coma and was transferred to a German hospital. Navalny's a well-known critic of President Vladimir Putin. His foundation investigates corruption within the Kremlin. In 2018, he tried to run for president but was barred by election officials, leaving Putin to run the country for another hundred(ish) years. Ever since he fell ill, there's been speculation that he was poisoned. Now, we're finding out more.

Yesterday, German Chancellor Angela Merkel said tests revealed traces of a Novichok nerve agent in Navalny's body. It's an illegal chemical weapon that was secretly developed by the Soviet Union during the Cold War. It blocks nervous system messages from traveling through the body, causing muscle spasms that can stop the heart or other major bodily functions. And can remain in a person's system for months, if not years. Russia had claimed it destroyed all Soviet-era nerve agents in 2017.

I don't think I can keep scrolling.

Before you do that, know that there are antidotes. But it's not the first time Novichok's been used on Russian citizens. In 2018, former Russian spy Sergei Skripal and his daughter Yulia were poisoned with it in the UK. Both survived. And the UK charged two Russian men in the case. (They both flew to Moscow hours after the poisoning.) But the Russian government continuously said 'nyet, wasn't us.'

So what's being done?

TBD. After the Skripals were poisoned, several countries expelled Russian diplomats – including the US, which also imposed sanctions on the Kremlin. And last year, a global chemical weapons watchdog added Novichok to its banned list. But that doesn't seem to have stopped Russia. The White House called Navalny's poisoning "completely reprehensible." Merkel said it was "attempted murder" and that she'll consult with NATO allies about how to respond.

While Russia continues to claim no involvement in the matter, these allegations could increase already-high tensions with the West. Now, all eyes are on how international leaders will handle a country that's been accused of poisoning its own people.

The WHO. Yesterday, the World Health Organization strongly recommended steroid medications to treat severe cases of coronavirus. It comes after studies showed steroids could reduce the risk of death for hospitalized patients on ventilators by about a third. Doctors said it could be a game changer in the fight against COVID-19 because steroids are widely available and fairly cheap. The drugs help reduce inflammation and relieve pain. But they're not recommended for mild cases of the virus.

The CDC. The health agency has told states to start getting ready to distribute a coronavirus vaccine as soon as late October. And urged governors to speed up permits so that distribution sites are up and running by early November. It comes as several vaccines are in Phase 3 clinical trials. And after the FDA said it could approve a vaccine before those trials are over. But some public health experts worry officials are rushing to approve a vaccine before the election. Meanwhile, the director of the National Institutes for Health reportedly said 'don't get too excited' – he doesn't think the vaccine will be ready so soon.

New York. Yesterday, the family of a Black man, who died a week after an encounter with police, released a video and records of the incident. In March, Daniel Prude was arrested when visiting his brother in Rochester, NY. His brother had called the police, who then found Prude naked in the street. The video showed officers putting a hood over his head and pushing his face to the ground for two minutes. Another officer placed a knee on his back. His family said he was then brought to the hospital, where he was pronounced brain dead. A medical examiner ruled his death a homicide from "complications of asphyxia in the setting of physical restraint." Now, Prude's family is reportedly calling for the officers to be fired and arrested. The NY AG said it's investigating the case.

What's running out of miles...

The airline industry. Yesterday, United Airlines said it's planning to furlough more than 16,000 workers, just days after Delta and American Airlines also announced job cuts. Airlines have tried to attract customers by eliminating certain fees but are still reeling from a drop in demand because of the pandemic. Air travel's reportedly down 70% from last year. Now, airline labor unions are pushing for more federal aid (the industry got $32 billion in March) and are hoping the funds could help them fly a little while longer.

The Charlie Hebdo trial. Yesterday, 14 people went to trial for allegedly helping the men who attacked the French satirical magazine Charlie Hebdo. In 2015, two brothers entered its offices in Paris and gunned down 12 people. Their accomplice later killed a policewoman and four more people at a kosher supermarket. All three attackers died in shootouts with police. The attack – which al-Qaeda took credit for – was sparked by the magazine's controversial cartoons of the Prophet Mohammed. It was one of the deadliest acts of terror France had ever seen, and "Je suis Charlie" (I am Charlie) became a popular slogan of support. Now, the suspects on trial – who are accused of things like supplying weapons – face up to life in prison.

Who's soaring to new heights...

The royals and all the cool cats and kittens.