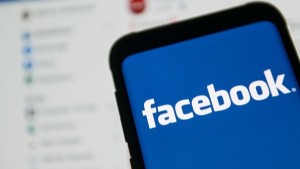 With less than two months until Election Day, Facebook has entered the 2020 chat.

Yesterday, the social network laid out its rules for November 3: no new political ads the week leading up to Election Day. The reason? To prevent "civil unrest" during a crazy election year. It'll also take down posts that try to discourage people from voting – like saying they'll get COVID-19 if they vote in person. It'll add labels to content with false info and provide daily information on voting at the top of Facebook and Instagram. And if any candidates claim they won before the results are in, Facebook's partnered with Reuters to clear things up.

CEO Mark Zuckerberg said it could take days or weeks to get election results and he wants to prevent misinformation and help people vote. Also: the company's gotten a lot of heat (including from its own employees) for its inaction on several misleading posts (including from the president). And for not doing enough to stop foreign interference in 2016. Now, Facebook is saying 'message received.' But not everyone's hitting 'like.'

Like...people involved in the 2020 race. The Trump campaign said the changes opened the doors for "biased" media to influence users without giving its team a chance to respond. And referred to Facebook as part of the "Silicon Valley Mafia" – which the campaign sees as biased against conservatives. Democrats say the restrictions don't go far enough since they're temporary. And point to the fact that Facebook will still let political ads run (unlike Twitter). And while Facebook hopes these changes could help clear election concerns, it's still unclear if they'll work.

Facebook has billions of users – millions of them voters in the US. And it's long been a hub for conspiracy theories. Now, the company's trying to make sure the news you get on its platforms is accurate and does its part for a free and fair election. But some say it might be too little too late.

Who's having a more stressful week than they expected...

North Carolina election officials. Yesterday, they had to correct the record after President Trump said people there should test out the battleground state's mail-in voting system. He suggested they cast a ballot in person and via mail. And told people to go to the polls on Election Day "to see whether or not" their mail-in vote was counted. Fun fact: it's illegal to vote twice. And election officials reminded people of that, adding that showing up at the polls would lead to unnecessarily long lines. Instead, they said a tracking system will be made available for absentee ballot statuses (yes, just like the one you use for your pizza delivery). The White House has maintained that the president wasn't suggesting "anything unlawful."

Portland, OR. Yesterday, the suspect in last week's deadly shooting during protests there was killed. A Justice Dept official said antifa supporter Michael Forest Reinoehl died when he pulled out a gun as officers tried to arrest him on a murder charge. Hours earlier, an interview aired in which the 48-year-old said he acted in self-defense in the shooting that killed 39-year-old Aaron "Jay" Danielson – an apparent far-right Patriot Prayer member and Trump supporter.

Rochester, NY. Yesterday, seven police officers there were suspended amid protests over the death of Daniel Prude. Earlier this week, the family of the 41-year-old Black man revealed police body-camera footage of his arrest back in March. It showed officers putting a hood over Prude's head and pushing his face to the ground, while another officer placed a knee on his back. Prude was declared brain dead, and died a week later. His death was ruled a homicide. Rochester's mayor said Prude "was failed by our police department." The NY AG is investigating the case.

Who was back on the road…

Joe Biden. Yesterday, he visited Kenosha, WI, where the police shooting of Jacob Blake sparked days of unrest. Biden held a private meeting with Blake's family in Milwaukee – and spoke with Blake by phone from his hospital bed. He also met with business owners, community leaders, and members of law enforcement about ongoing racial justice issues and the protests. Blake – a 29-year-old Black man – is paralyzed from the waist down since the shooting but his family said he's out of the ICU. The shooting remains under investigation.

The Kentucky Derby and Labor Day Weekend. Forget the fancy hats, this year the horses will hit the track without any spectators. And millions of Americans will be hitting the road for the long weekend. Here are a few ways you can stay safe, be prepared, and save money if you're traveling.