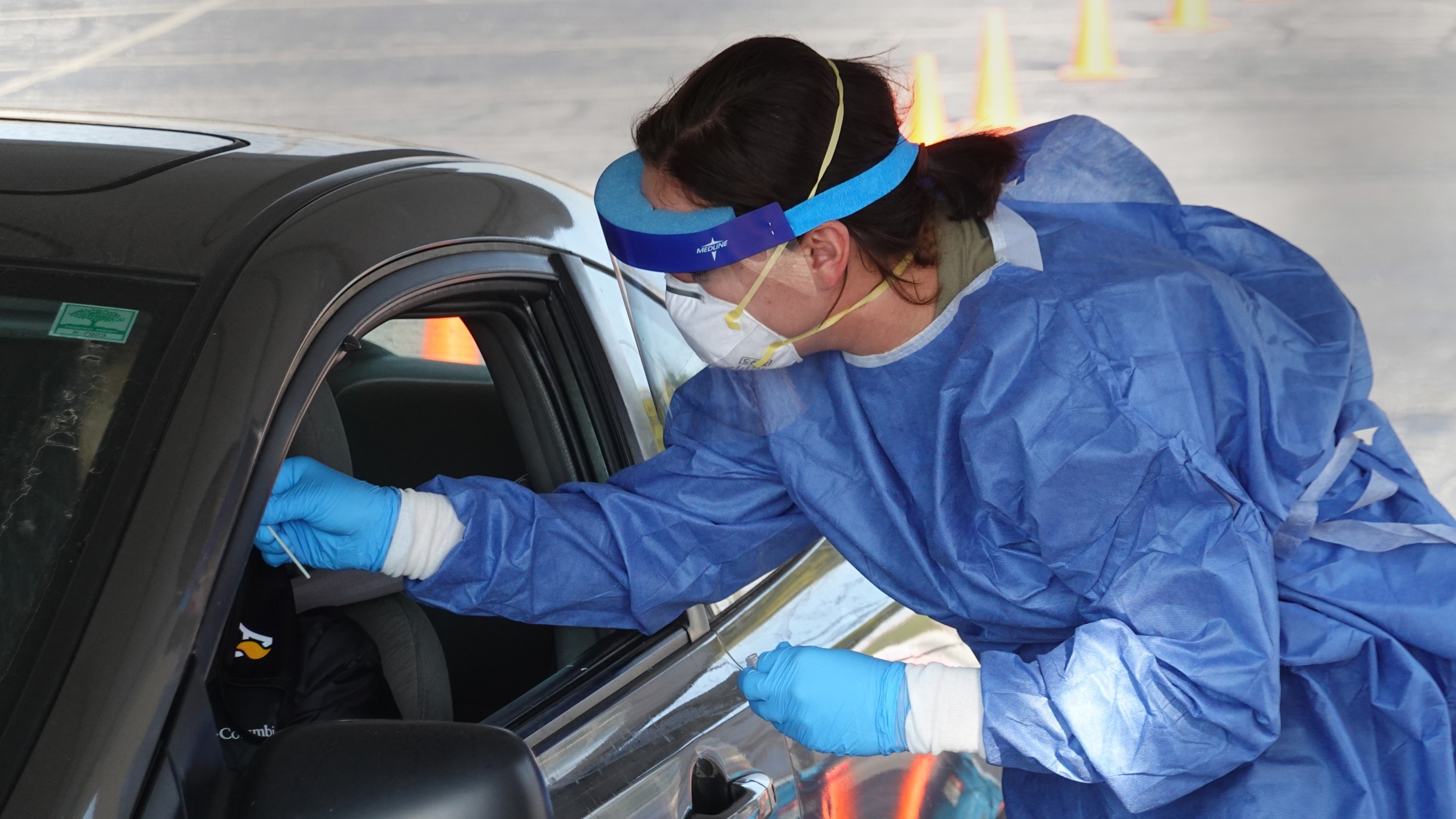 As we head deeper into fall, COVID-19 cases are rising in the US.

The US still holds the number one spot for the most coronavirus cases and the most deaths worldwide. According to one analysis, cases in more than 20 states (many in the Midwest) have hit new record highs in the last week. And with flu season around the corner, experts fear things could get way worse. One study estimates another 181,000 people in the US could die of the virus by February. But President Trump is telling Americans they shouldn't be afraid of COVID-19, and Congress still can't seem to agree on a new coronavirus relief bill. Meanwhile, some of our international allies are bracing for a second wave.

In Europe. The World Health Organization recorded more than 700,000 new cases there last week – a 34% jump from the week prior. This, after easing travel restrictions over the summer thanks to a dip in cases. Now, unlike its neighbor across the pond, the European Union is taking swift action to curb a second wave. It's agreed to new guidelines, including a color-coded mapping system (green, orange, red) to indicate risk areas. Each country will be able to set up its own restrictions (think: quarantine, mandatory testing) for those traveling from orange and red zones. And some are taking even more aggressive measures.

France and Italy are preparing new country-wide restrictions, limiting the number of people at bars, restaurants, and parties. Paris already closed bars last week. Now, the Netherlands is doing the same and has banned the sale of alcohol after 8pm. In the Czech Republic, schools and movie theaters are taking down their 'open' signs. And in Northern Europe, students have reportedly been told to bundle up – with classes either outside or indoors with the windows wide open.

The entire world's been warned about a possible second wave of COVID-19. In the words of German Chancellor Angela Merkel, Europe is stepping up its efforts and restrictions so it doesn't "squander" what it's already achieved. Now if only all world leaders could follow their lead.

With just 20 days until the election, one study has found that over 12 million Americans have already voted, smashing records from 2016. But that doesn't mean it's all been smooth sailing. Here's a look at some of the hiccups voters have experienced at the polls that are exposing cracks in our election systems:

Long lines...as in, cities are seeing early voting lines stretch down sidewalks and wrap around buildings. In Georgia, some voters reported waiting up to 10 hours to cast their ballots. And in Texas, election officials said tens of thousands of ballots were submitted within hours after early voting began yesterday. And things could continue to get crowded since Texas only has one ballot drop-off box per county...But don't let long lines deter you: in most states, as long you're in line when the polls close, you will be allowed to cast your vote.

Technical glitches...as in, tech is kinda dropping the connection. Yesterday, Virginia's voter registration website temporarily crashed on the last day for people to register. Election officials blamed it on a cut fiber cable. Now, civil rights groups have filed a lawsuit against the state to extend the voter registration deadline. TBD on what happens. But when a similar crash happened in Florida earlier this month, officials only granted people there an extra day to get 'er done.

Who's not giving any spoilers...

Judge Amy Coney Barrett. Yesterday marked the second day of her Supreme Court confirmation hearings. And it was filled with all the questions. Here's how Judge Barrett answered when she took the mic:

What SCOTUS is talking about in the meantime…

The 2020 Census. Yesterday, the Supreme Court gave the Trump admin the green light to stop its count of the US population – ahead of schedule. The ruling is considered a win for the admin, which had moved up the deadline from October 31 to September 30, saying it needed to finish early to have enough time to process the data by the end of the year. But civil rights groups sued, arguing the change would lead to a serious undercount – particularly of immigrants and people of color. And a federal judge agreed, letting the count go forward for the last couple of weeks. Now, the high court's weighed in and put an end to the back-and-forth. But Justice Sonia Sotomayor dissented, saying that rushing the census would cause "irreparable" harm that'll be felt "for at least the next 10 years."

These COVID-19 drug trials. Earlier this week, Johnson & Johnson halted its clinical trial of an experimental coronavirus vaccine. The reason: An unexplained illness in one of the volunteers. And yesterday, Eli Lilly said 'we're hitting pause too,' after US health regulators raised safety flags about its COVID-19 antibody treatment. It's not clear why. The companies join AstraZeneca, which stopped (then quickly resumed) its global vaccine trials last month after two participants developed neurological illnesses. Experts say these types of pauses aren't unusual in large drug trials, but they're certainly an obstacle as companies race to develop a vaccine.

So is Megan Thee Stallion. Yesterday, the rap star published an op-ed explaining why she's speaking up for Black women. And why it shouldn't be controversial.