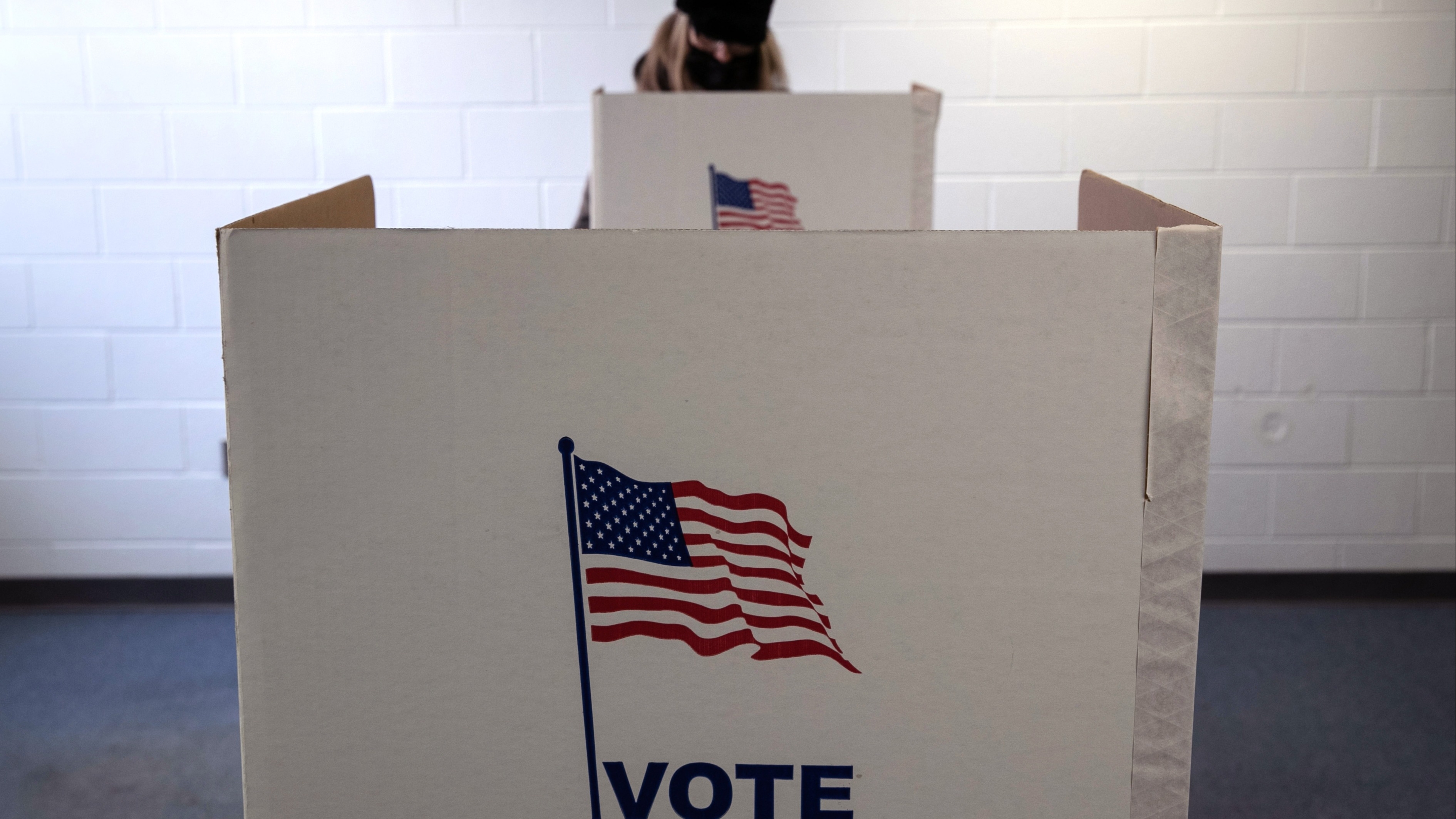 We feel you. There's a lot at stake: Incumbent President Donald Trump and VP Mike Pence want a lease extension at the White House and vow to "Keep America Great." Challengers former VP Joe Biden and Sen. Kamala Harris (D-CA) have their eyes on the Oval Office prize and promise to "Build Back Better." The Senate has 35 seats up for grabs. The entire 435-seat House chamber is up for election. And down-ballot races are what could have the biggest impact in local communities.

Should I stay up all night?

Your call. But you probably don't need to. Just like everything else this year, voting has been wildly different. Over 98 million Americans have already voted – more than two-thirds of the number cast in 2016. And it could take a while for the record number of mail-in votes to be counted. So prepare yourself for a longer than normal wait time for the results. Here's how it could go down:

A clear win. There's a possibility Trump or Biden could get enough votes to secure a win tonight or tomorrow. Many aren't optimistic there will be a clear outcome. Because again, 2020 just hasn't been anyone's year, has it?

A delayed win. This mostly comes down to mail-in ballots. Each state has different ways of processing and counting them. Some have already started (like Florida and Arizona) but others (like Pennsylvania and Michigan – both swing states) are saying 'we need more time.' So it could take a few days before all the votes are tallied.

A contested election. If there are lawsuits over a state's voting procedures or ballot-counting, the Supreme Court may have to weigh in. It's happened before – remember Bush v Gore in 2000? If we see a repeat of that, Americans may not know who to call prez for weeks or months. And finally, option D...

A contingent election. If the candidates were to tie 269-269 in electoral votes (remember: candidates need 270 votes to clinch a win). In that case, it's up to the House of Representatives to choose the next president, and the Senate to select the vice president.

We'll have to wait and see. Another important thing to watch out for: mirages. Studies have shown that registered Democrats have requested more absentee ballots than registered Republicans. So in states like FL and NC (which count those early on) it may seem like Biden is ahead (aka: a blue mirage). But those voting in person in those states may move the needle toward Trump as votes are counted. The opposite goes for PA and WI (which don't count mail-in ballots until Election Day). Initial results there could have Trump leading (aka: a red mirage) but could switch to Biden once the mail-in ballots have been tallied. Experts advise everyone to just stay patient until official results are in.

Election Day is always a big deal. But this year, the stakes are even greater as Americans face an ongoing pandemic, high unemployment, a climate crisis, and a reckoning over systemic racism. You have the power to choose who represents you on the local, state, and federal level on these issues and countless others. So if you haven't done so already: vote. It matters.

It's go time. If you're hitting the polls today, here's what to keep in mind...

What to bring: Some states require an ID. Some don't. Check your state's rules here. And remember, lines in many states have been long, so bring water, snacks, or a book to help keep yourself busy.

What to wear: Today is not the day for a political fashion statement. Some states prohibit voters from wearing campaign clothing or hats as it could be seen as electioneering. You could be asked to cover it up, remove it, or even leave. So opt for some comfy, plain clothes. And don't forget your mask.

What to say before you leave: Don't give up. As long as you're in line before polls close, you're allowed to vote. And don't skip out if you're not registered: 20 states plus Washington, DC, allow for same-day voter registration. Also, if you thought you registered properly but aren't showing up on the list at the polls, some states will allow you to vote with a provisional ballot (think: a way to record your vote but count it later).

Where people are angry…

Poland. In recent weeks, tens of thousands of people have protested a ruling that bans nearly all abortions in the country. Poland is largely Catholic and already has some of the most restrictive abortion laws in Europe. Last month, a court increased those restrictions, ruling that abortion is unconstitutional in instances where a fetus is diagnosed with a serious and irreversible birth defect. Now, the procedure will only be legal if the mother's health is at risk, or in cases of rape or incest. Protesters have taken to the streets nearly every day since the ruling in the largest demonstrations since the late 1980s. And the country's prime minister is urging protesters to stay home to prevent the coronavirus from spreading.

Vienna, Austria. Yesterday, at least four people died and 17 others were injured in an apparent "terror attack" that struck six different locations in the city. Authorities said police shot and killed one suspect, who was identified as an Islamic State sympathizer. Several people linked to the attacker have been arrested as police search for possible accomplices. The attack happened hours before Austria's coronavirus lockdown took effect when many Austrians were out enjoying one last night on the town. European leaders have condemned the attack. And authorities have called in the army to guard key locations in the city.

What's making a Whopper of a statement...

Burger King. Yesterday, the fast-food chain's UK branch called on customers to order from its double archrival, McDonald's, and other food chains like Taco Bell and Pizza Hut. Why? In solidarity with the thousands of staff these chains employ who may need support amid COVID-19. Lovin' It.

While these bees are buzzing…

This "Baby Shark" is breaking records.