Daily Skimm: COVID-19 Surges and Restrictions, the Latest in the White House, and Looking Forward to The Weeknd 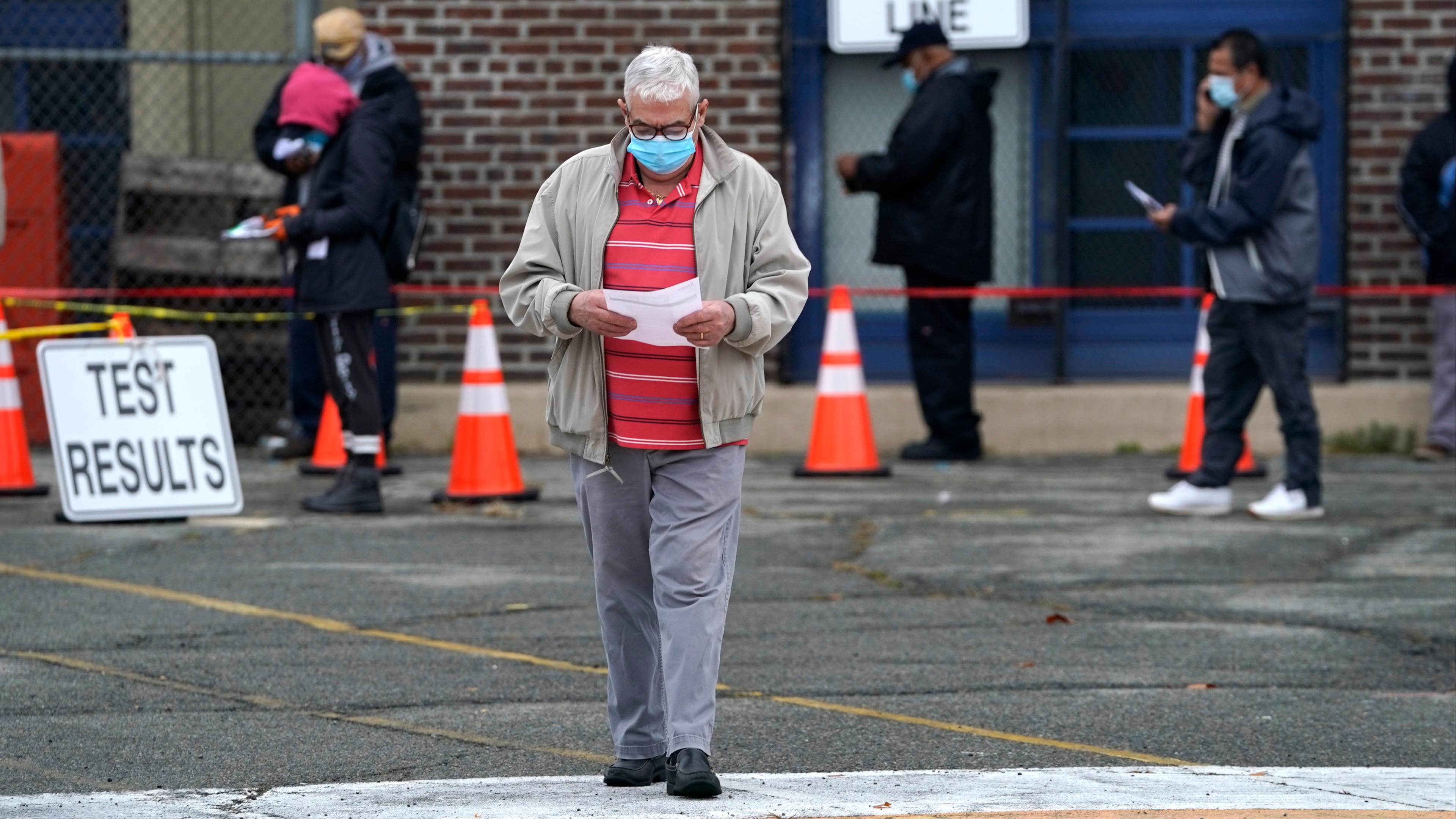 November's on track to be the worst month of the pandemic in the US, so far.

It's how health experts are putting it. For weeks, the US has seen an increase in the number of coronavirus infections – breaking records for daily new cases and hospitalizations as 49 states see increases. And yesterday, the US topped more than 150,000 new cases in a single day for the first time. Health officials warned that a fall coronavirus surge was likely as temperatures started to dive and people traded in their long walks for socializing indoors. Now, that surge appears to be in full swing. And officials are warning it may get worse in the next few months.

So, what's the plan?

States are issuing new restrictions. Governors in states like California, New York, Maryland, Iowa, and Utah are limiting things like indoor dining and group gatherings. Dr. Anthony Fauci is telling people to "hang in there," adding that the promise of a vaccine could become a reality as soon as next month. And states, including Pennsylvania and Louisiana, are reportedly discussing how to make sure that high-risk Americans get access to the vaccine first (think: essential workers, the elderly). But since most Americans likely won't get the shots until the spring, experts are telling the public to remain vigilant. Something that could get tricky with the holidays approaching.

But it's the most wonderful time of the year...

It still can be. But the holidays may just look different this year. This week, the CDC updated its guidelines on how to celebrate Thanksgiving so you can protect yourself and your family. Its recommendation: celebrate with the people in your home. If you're going to a gathering, make it an outdoor one. And bring your own food, utensils, and drinks. It's also important to set expectations about testing and limit exposure or quarantine in advance of a get-together. And as always, don't forget the basics: mask up (it's protecting you and others), wash your hands, and social distance.

Winter is coming. And the US could be in for a dark one. While the holidays may be a time to celebrate with family and friends, remember that making sacrifices now to limit the spread can save lives and get us all back to 'normal' sooner.

Who's starting to take a stand...

Republican lawmakers. Yesterday, a number of GOP senators called on the Trump admin to start giving President-elect Joe Biden access to intelligence briefings and treat Biden like the incoming president he is. Sen. James Lankford (R-OK) said he plans to intervene if Biden isn't given access to daily intel briefings today. And Sen. Lindsey Graham (R-SC) – a staunch President Trump ally – agreed that it's time. A Department of Homeland Security committee also weighed in, saying the Nov. 3 election "was the most secure in American history." And that there is no evidence of voter fraud. It could all signal a break in Trump's grip on Capitol Hill Republicans who are standing by the president's failure to concede and allegations of election fraud.

What's in the clear for now…

Harvard University. Yesterday, a federal appeals court ruled that the school does not discriminate against Asian Americans in its admissions process, upholding a ruling from last year. The case against Harvard began in 2014, when a lawsuit alleged that the Ivy League school favored Black and Hispanic applicants. And claimed that the admissions process overall relied too heavily on race in making decisions. Harvard denied any wrongdoing, saying it adheres to Supreme Court rulings which allow the use of race within certain limits. But the latest judgment could put this case on track to go before the Supremes. The high court could take a deeper look into the case because of its unique framing. It pits the rights of Asian Americans against other racial groups – which could set a new precedent.

LGBTQ+ candidates. According to one analysis, the rainbow ceiling shattered on Election Day when over 220 LGBTQ+ candidates won races across the US, and across different levels of gov. The contestant pool was also more diverse than ever, with many Black queer candidates picking up milestone wins at the state level. The first LGBTQ+ state senator in Florida dubbed the results as "a direct pushback on the hatred and bigotry over the last four years." Adding that "this is a win for all of us."