Moderna's Vaccine, Hate Crimes in the US, and Cinnabon Frosting 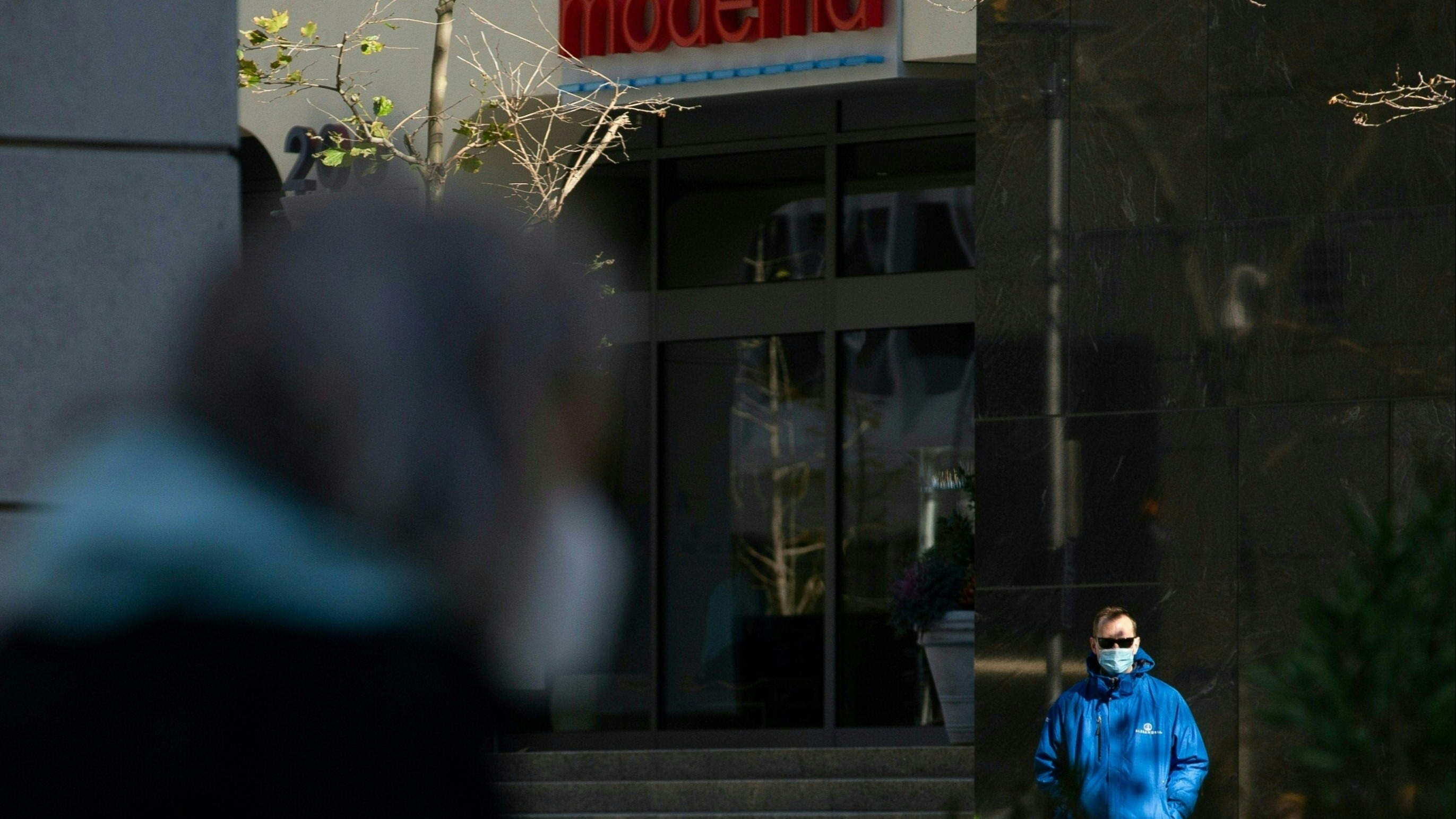 The world received some good news.

Love to hear it.

Yup. Yesterday, Moderna – a Massachusetts-based biotech company – announced that its vaccine candidate is 94.5% effective in preventing the coronavirus. The early results are from the company's Phase 3 trial involving 30,000 adult volunteers. Half got two doses of the shot, and the other half got a placebo. Only five people got infected in the vaccine group, compared to 90 infections in the placebo group. Meaning, the experiment appears to be working. Now, Moderna joins Pfizer as a top contender to combat a worsening pandemic.

I will not throw away my shot.

Just you wait. It will take months before everyone who wants a vaccine can get one. Both Moderna and Pfizer plan to hit up the FDA for emergency use to start offering their shots as early as next month. Once it gets the green light, Moderna says it'll be ready to distribute 20 million doses by the end of this year (enough for 10 million people). And up to 1 billion doses next year. Pfizer has a similar plan. The most vulnerable populations (think: the elderly and health care workers) are expected to get priority.

This is the part where you recite the side effects really quickly.

Sure. Like Pfizer, Moderna still hasn't wrapped up its Phase 3 trial. Or released the full data. But as of now, the most significant side effects include muscle ache, pain at the injection site, and feeling tired. Meanwhile, Moderna's already offering a better shelf life than Pfizer. And unlike Pfizer, its vaccine doesn't need to be stored in a special fridge, making it potentially easier to distribute. Moderna had also slowed down the trial to ensure the diversity of its participants. Now it says its vaccine is expected to be equally safe and effective for all, including Hispanic and Black populations – groups disproportionately affected by the virus.

There is. Dr. Anthony Fauci and other health experts are warning people to not let all this good news cloud their judgment. Fauci called Moderna's results "striking." But without a vaccine, it's more important than ever to cover your nose and mouth in public, wash your hands, and not go hugging people like it's early 2019.

The pandemic has infected more than 55 million people around the world, and the trend is looking grim. Especially in the US, where states are trying to combat a fall surge, hospitals are getting overwhelmed, and stores are limiting household supplies. We've got double the vaccine prospects now. But until a vaccine is on the market, we'll all need to triple our efforts to curb the spread

Hate crimes. Yesterday, the FBI released its 2019 report on hate crimes in the US. And it's not good news. Hate crimes rose to the highest level in more than a decade. And hate-motivated killings were at their highest number since data collection began in the 1990s. There were over 7,300 hate crimes recorded (nearly 200 more than in 2018) – including some motivated by bias against race, religion, or sexual orientation. But the real number could be higher since only about 13% of participating agencies reported hate crimes to the FBI. Race-based crimes remain among the most common. And while crimes against Black people dropped slightly, anti-Hispanic hate crimes rose. The report also found an almost 7% rise in religious-based hate crimes, the majority of which targeted Jews.

The Boy Scouts of America (BSA). The number of sexual abuse claims against the bankrupt nonprofit rose to over 90,000 yesterday. Reminder: Earlier this year, the BSA filed for bankruptcy after facing hundreds of lawsuits from people who say they were sexually abused as scouts as far back as the 1940s. The org had also kept files about possible pedophiles within its members, including more than 7,800 scout leaders known or suspected to have sexually abused boys. A lawyer representing some of the victims reportedly said he "never contemplated" the number would be so high. Claims have been filed in all 50 states and even abroad.

Where the situation is evolving fast...

Peru. Congress just named its third president in a week. Last week, the legislature removed popular centrist President Martín Vizcarra, accusing him of things like taking bribes. Bold flex, considering half of the legislators are themselves under investigation for crimes like corruption and homicide. Peruvians took to the streets, accusing Congress of a coup. At least two people died in clashes with police. Earlier this week, the new president resigned amid the uproar. So yesterday, Congress named the new guy: Francisco Sagasti, a former World Bank official. It's hoping that electing someone whose party voted against removing Vizcarra will calm the protesters, at least until elections next year.

Who's not shaking things off…

Taylor Swift. Yesterday, the music artist said that her master recordings from her former label with Scooter Braun had been sold without her knowledge – for the second time. And that she was asked to sign an NDA to not speak against Braun. Now, Swift says a private equity company called Shamrock Holdings bought "100%" of her music, videos, and album art. But she has already started re-recording her older music and let fans know that she has "plenty of surprises in store."

While you won't have snow for the holidays...