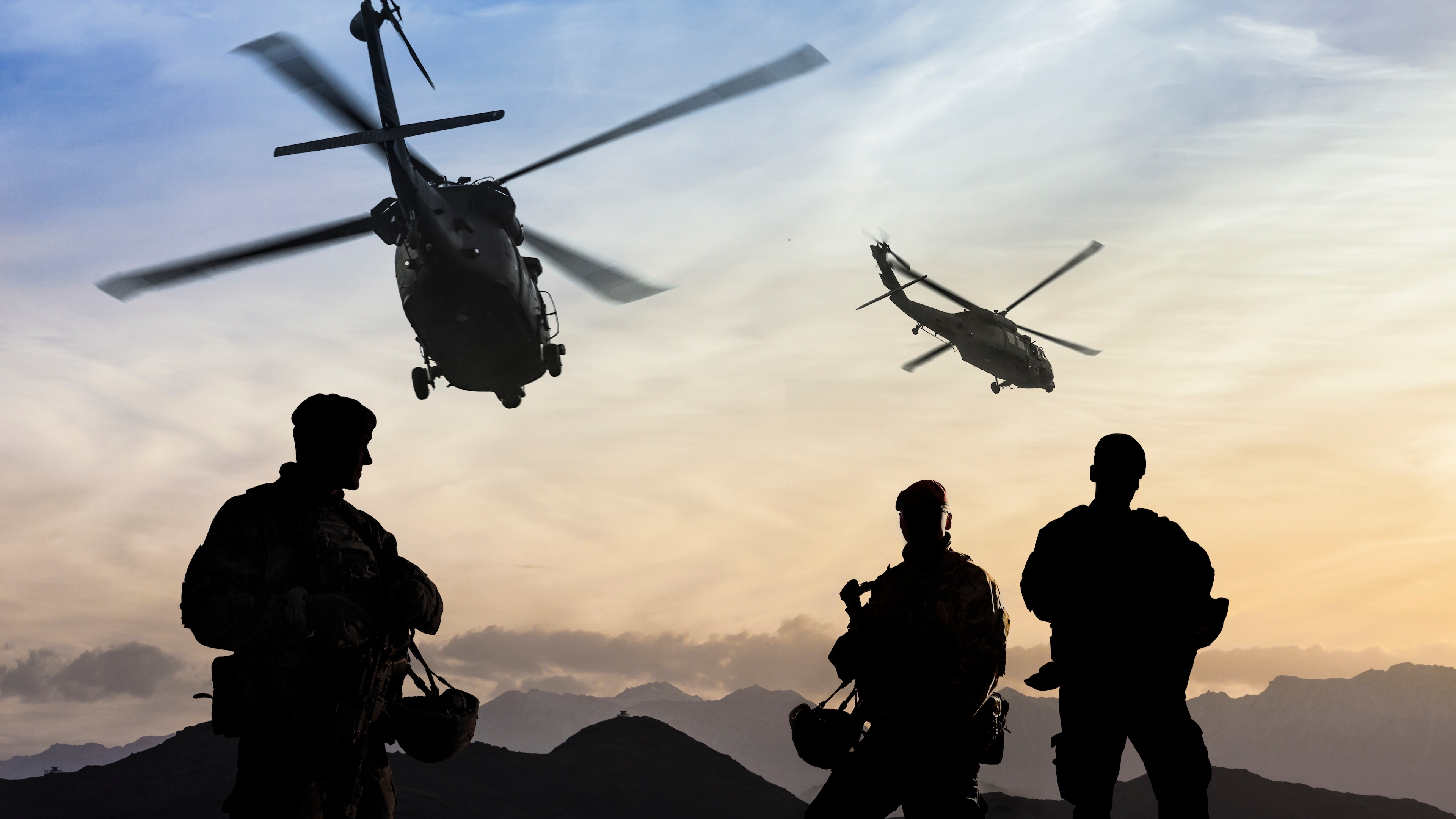 Now Walk It Out

President Trump is withdrawing thousands of US troops from Iraq and Afghanistan.

Yes, we mean more. Acting Defense Secretary Christopher Miller announced the decision yesterday, nearly a week after taking Mark Esper's job. President Trump had long promised to end the US's 19-year presence in Afghanistan. Last year, he ordered a troop withdrawal from northern Syria. Now, his admin's saying it will reduce the number of troops in Afghanistan and Iraq down to 2,500 (each). This is all expected to happen by Jan. 15 – just five days before Trump's term ends.

What does all this mean?

The remaining military troops will stay in the area to protect American diplomats and government facilities (like embassies). They'll also keep boots on the ground to deter foes. A senior defense official said that the decision was "collaborative." And is part of the peace deal the US signed with the Taliban earlier this year. Reminder: Under the agreement, the US said it would withdraw forces from the region if the Taliban fulfilled its end of the bargain – which included halting violence and cutting ties with terror groups like al-Qaeda. But that hasn't happened. So people have thoughts on the US's decision.

For months, the US has been trying to broker a peace deal between the Taliban and the Afghan gov. But since the Taliban has stepped up attacks, those peace talks could be left up in the air. And the US troops' withdrawal may not help. Afghanistan's acting defense minister has reportedly said the country's ready to defend itself "independently." But some US security officials aren't too happy. Before getting fired, Esper sent a classified memo saying that the conditions for withdrawal had not been met. And that it was the unanimous recommendation of the chain of command to hold off. Senate Majority Leader Mitch McConnell (R-KY) also worried the decision was premature and could "hurt our allies and delight the people who wish us harm."

President Trump has promised to bring troops home to their families as part of ending "endless wars" in the region. While some believe it was a long time coming, others fear the move would leave behind a power vacuum that could hinder the US's counterterrorism efforts in the Middle East.

Who's saying his goodbyes...

The DHS cybersecurity chief. Yesterday, President Trump fired Christopher Krebs, who led the federal gov's effort to protect the US election. The move came after Krebs's agency said the Nov. 3 election "was the most secure in American history." And after he released a statement saying there had been no evidence of voter fraud. But Trump called it "highly inaccurate" and (virtually) handed him the pink slip. Krebs is the latest official to get fired, and apparently expected his end was near. In a tweet, he said he was "honored to serve."

What the Trump admin is focused on...

Election results. Yesterday, the Pennsylvania Supreme Court ruled against a Trump campaign lawsuit. The president's team claimed poll watchers were kept too far away from ballot counting in Philadelphia. But the court said 'nah, there's no distance requirement for that.' This was the latest in a series of election lawsuits from the Trump campaign that have been dismissed so far. And came the same day his team was arguing a separate case in PA. This one wanted to stop the state from certifying vote results but the ruling is still TBD. Trump's legal team – which includes his personal lawyer Rudy Giuliani (who suited up for fed court for the first time since 1992) – is still claiming election fraud. Next up, they're looking to stir things up in Michigan.

COVID-19. As the number of US cases increases, some states are making moves to combat the surge. In California, officials issued a new mandate requiring people to wear a face mask anytime they leave their homes, with some exceptions (ex: when driving). Meanwhile, in North Dakota, an analysis found that the state has the highest COVID-19 death rate of any state or country in the world. And while there's still no sign of another stimulus bill to get Americans some relief during the pandemic, there may be some good news. New data suggests that COVID-19 immunity (which comes after a person has contracted and recovered from the virus) could last for years.

Amazon. Yesterday, its new online pharmacy hung up the 'open' sign, allowing customers to order medications or prescription refills. And it's delivering those items to people's doors with its famous two-day delivery service. Prime time to start this venture.

When you hear Operation Santa's underway...

If only we could all give gifts like Dolly Parton.

Who came out of the ring with a win...