State of COVID-19, Election Updates, and the Ninja Turtles 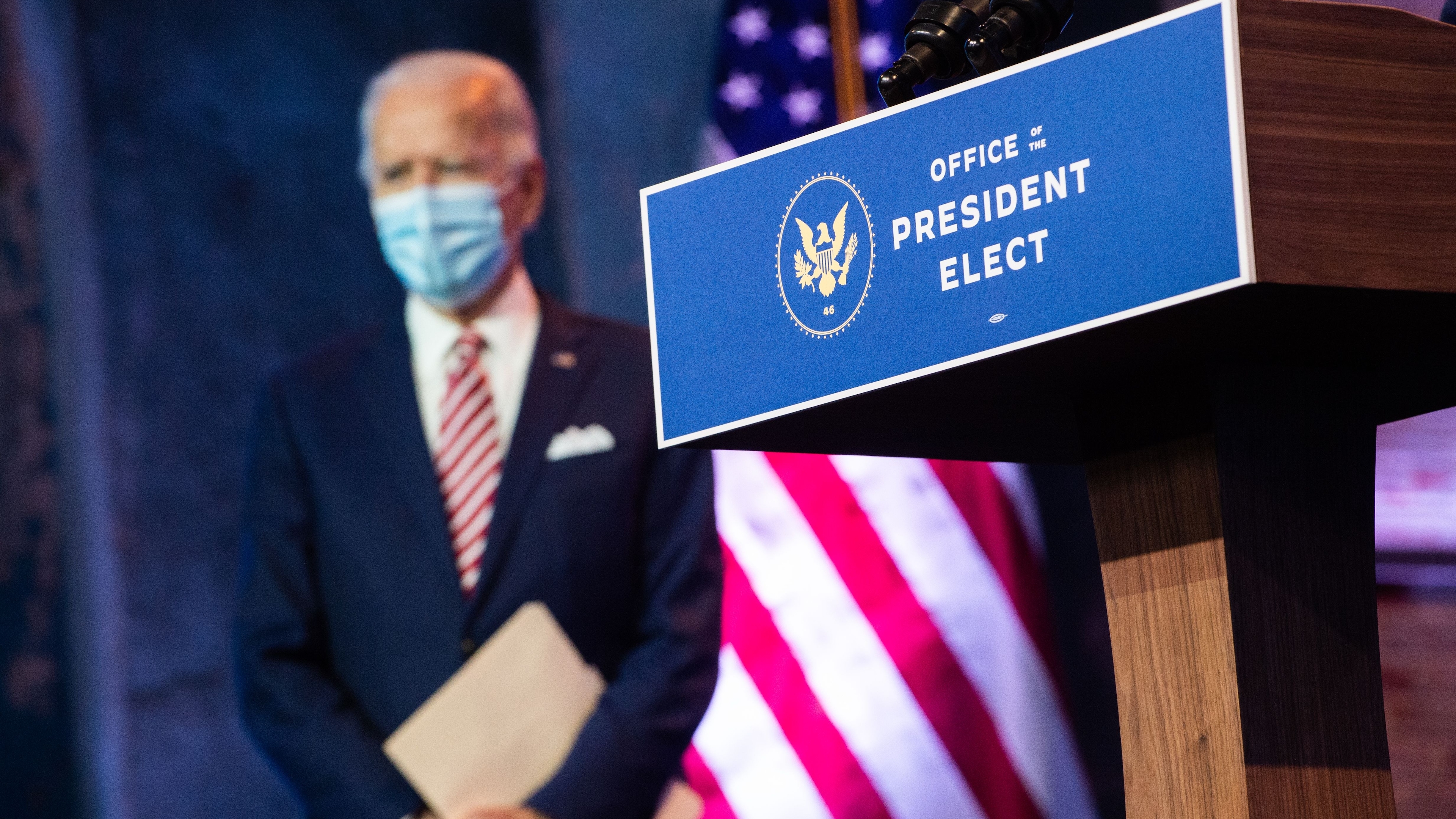 The virus is raging across the country – passing 12 million known infections over the weekend. More than 255,000 people have died. And every state but Hawaii is seeing a surge in cases. Hospitalizations in New York are at their highest levels since June. In El Paso, Texas, the morgues are so overwhelmed that the Texas National Guard and inmates have been called to help. Health experts are warning the weeks ahead could get worse.

In part because of the holiday season. On Thursday, the CDC recommended everyone turkey in place. But the TSA still screened about 2 million flyers over the weekend. In all, an estimated 50 million people are traveling for Thanksgiving. It's worrying experts since traveling and eating indoors is expected to lead to more infections, potentially adding more strain to the health care system. If you're hunkering down, take comfort. There's something to hold out for.

Please, I could use a dose of that.

Today, drugmaker AstraZeneca said its experimental coronavirus vaccine was up to 90% effective in preventing the disease without serious side effects. It's the third major vaccine developer to announce promising results, after Pfizer and Moderna. Meanwhile, Pfizer has officially asked the FDA for emergency approval for its 95% effective vaccine. It could get approval as soon as mid-December and doses could be given to some US patients within 24 hours after that. The FDA also just approved the antibody cocktail President Trump got last month. Made by Regeneron Pharmaceuticals, it can now be used to treat mild to moderate COVID-19 cases in patients 12 years and older.

The US is seeing the world's largest and deadliest recorded outbreak of COVID-19. And as world leaders gather to try and address the pandemic together, the US is skipping some of those conversations in advance of a holiday season that may not prove very merry or bright.

Where the Trump campaign's saying 'third time's the charm'…

Georgia. Over the weekend, the Trump campaign requested another recount of Georgia's 5 million presidential votes. Last week, President-elect Joe Biden's lead was confirmed again after a hand recount. But according to Georgia law, a candidate that loses within 0.5% of the total votes can ask for a recount within two business days of certification. (President Trump is losing by 0.26%.) Although it's not the first time he's asked for a recount (see: Wisconsin), this time the recount is funded by US taxpayers, potentially costing them around $200,000.

Who's about to make le history…

Former French President Nicolas Sarkozy. Today, he's expected to go on trial over allegations of corruption. It's the first time a French president is facing such charges. Prosecutors say Sarkozy bribed a judge with a cushy job in Monaco in exchange for access to confidential info on a separate investigation into him. The case is one of several against the former president who led France from 2007 to 2012 (others include things like illegal campaign financing and benefiting from embezzled public funds). Sarkozy has repeatedly denied any wrongdoing.

Kyle Rittenhouse. On Friday, the 17-year-old charged with killing two people amid protests over the summer in Kenosha, WI, was released from custody. Rittenhouse had posted $2 million bail, money his lawyer says he got as donations from conservative and Christian groups. Also, from this guy. Rep. Alexandria Ocasio-Cortez (D-NY) says the bail speaks to a legal system that privileges white people. Next up, the teen is back in court on Dec 3. He faces homicide charges and a potential life sentence but reportedly plans to plead not guilty.

Where the Teenage Mutant Ninja Turtles are quarantining...