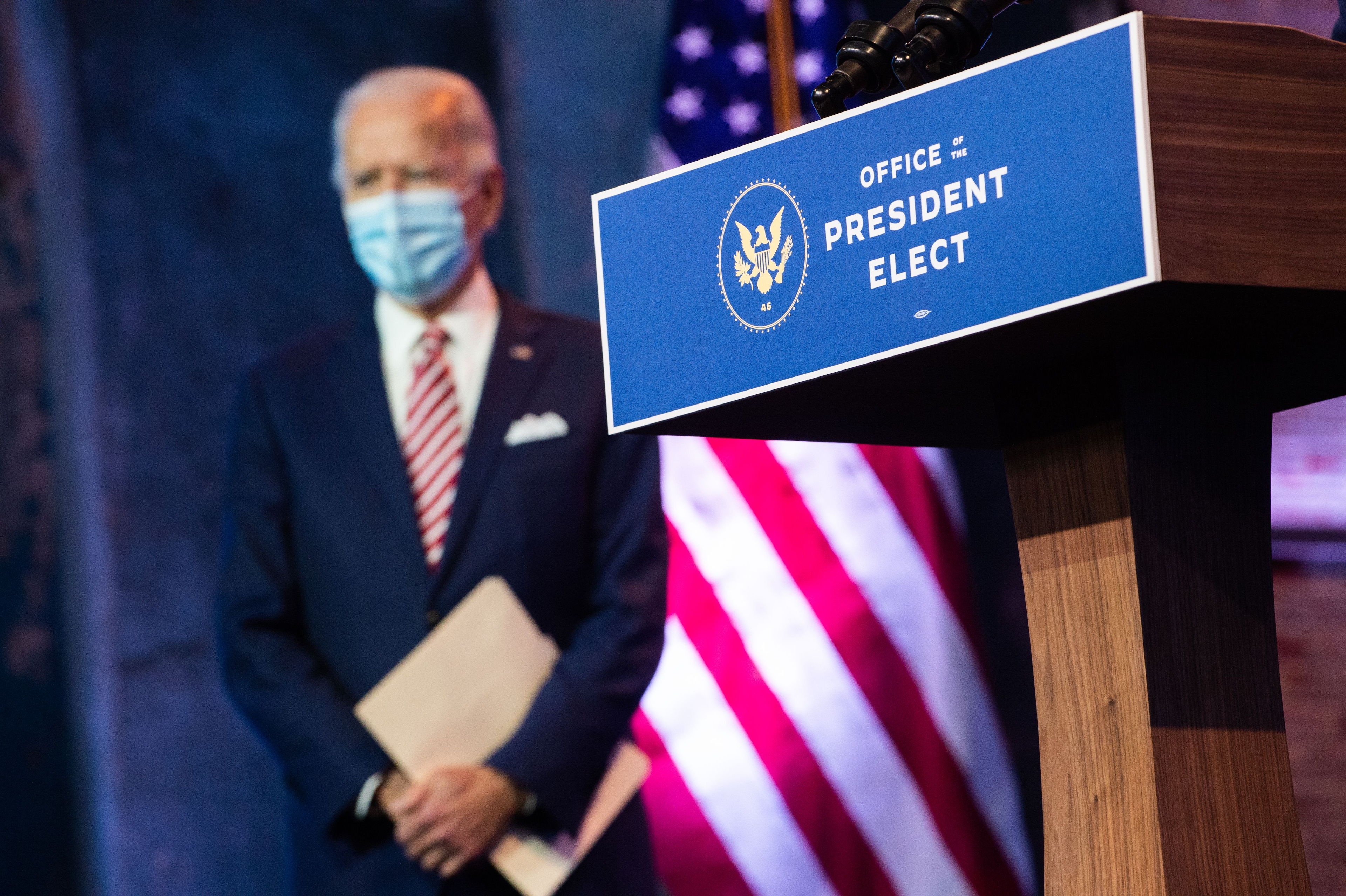 Sure is. The media called a Biden W over two weeks ago. But litigation and multiple recounts kept Biden from updating his business cards. Yesterday, however, General Services Administrator Emily Murphy sent him a letter, letting him know the Trump admin can start handing over the keys. President Trump appeared to okay the move for the "best interest of our country" even though he still hasn't formally conceded. Now, Biden and his team will have access to gov funding and can coordinate with agency officials on next steps. And some are already underway.

Yesterday, Biden revealed several of his nominations for high-ranking admin and Cabinet officials. Nearly all will need to be approved by the Senate (whose majority is up in the air). Some of Biden's picks are holdovers from his decades-long political career. And will "look like America" in terms of diversity. Here are some of the names on his list:

Secretary of state...Antony Blinken. Aka the longtime Biden aide and former deputy sec of state. He's committed to cooperating with int'l allies on things like climate change and refugee crises. He's also in a band. Called Ablinken. Get it? You get it.

Treasury secretary...Janet Yellen. The former Fed chair will have to steer the US through an unprecedented economic crisis. She's no Elizabeth Warren but Yellen has cred with progressives for her willingness to crack down on big banks. If confirmed, she'd be the first woman to lead the Treasury.

Director of national intelligence...Avril Haines. She's a former CIA deputy director who worked on the Obama admin's drone program, responsible for killing thousands of people, including civilians. If she gets Senate approval, she'd be the first female DNI.

Department of Homeland Security secretary...Alejandro Mayorkas. A former DHS deputy secretary who was key to implementing DACA in 2012. If confirmed, he'd be the first Latino and immigrant to lead the dept. Expect an overhaul of the past four years of DHS policy.

US ambassador to the UN...Linda Thomas-Greenfield. She's a 35-year veteran of the foreign service – serving in diplomatic posts around the world. Biden plans to give this position Cabinet-level status, which would reportedly make Thomas-Greenfield – a Black woman – a member of Biden's National Security Council.

Special presidential envoy for climate...John Kerry. The former secretary of state, who was also a key player in crafting the Paris climate deal, will act as the climate czar. And is eager to be part of a gov that "treats the climate crisis as the urgent national security threat it is."

Yesterday proved to be a double-whammy win for the president-elect. With the transition formally in process and these Cabinet nominations, Biden's kick-starting his admin despite a few setbacks. And is already showing a major policy shift from Trump's "America First" rhetoric.

Who's saying 'we could be secret friends'...

Israel and Saudi Arabia...maybe. Earlier this week, rumors swirled that Saudi Crown Prince Mohammed bin Salman and Israeli Prime Minister Benjamin Netanyahu secretly met. The meeting would be a historic first for both countries, since they don't have public diplomatic ties. They reportedly talked about a common threat (Iran) and possibly formalizing relations. And while an Israeli gov official confirmed the meeting happened, the Saudi foreign minister is saying 'not true.'

Who's changing things up…

Sen. Dianne Feinstein (D-CA). Yesterday, she said she'd step down as the top Democrat on the Senate Judiciary Committee next year. Feinstein held the position for four years. But now plans to focus her attention on issues like combating climate change and the coronavirus pandemic. The senator's decision follows sharp criticism from progressives over her handling of Supreme Court Justice Amy Coney Barrett's confirmation hearings earlier this year – including praising Sen. Lindsey Graham (R-SC) for his handling of the confirmation process. Sen. Dick Durbin (D-IL) said he would run to replace Feinstein as the top Dem on the committee.

General Motors. Yesterday, the automaker said it wouldn't help the Trump admin challenge California's clean-air standards. Reminder: Last year, the admin filed a lawsuit against CA's authority to set car emissions and fuel economy standards that are stricter than what's issued at the federal level. And GM, Chrysler, and Toyota were on board. But now GM's shifting gears, saying it's supporting electric cars in order "to address climate change." And is asking other automakers to follow suit. The White House has yet to comment.

Who joined the game plan...

Pope Francis. Yesterday, he met with a delegation of NBA players and officials to discuss their focus on social justice. Francis called them "champions" for their efforts off the court, and Milwaukee Bucks player Kyle Korver said the meeting was "a reminder that our work has had a global impact."

Who's giving users the Spotlight…

Snapchat. The company is giving $1 million a day to creators with the most-viewed videos. TikTok and Insta are Reeling.

What's proving to be a Little Miracle…