Daily Skimm: China, the Latest on COVID-19, and Britney Spears 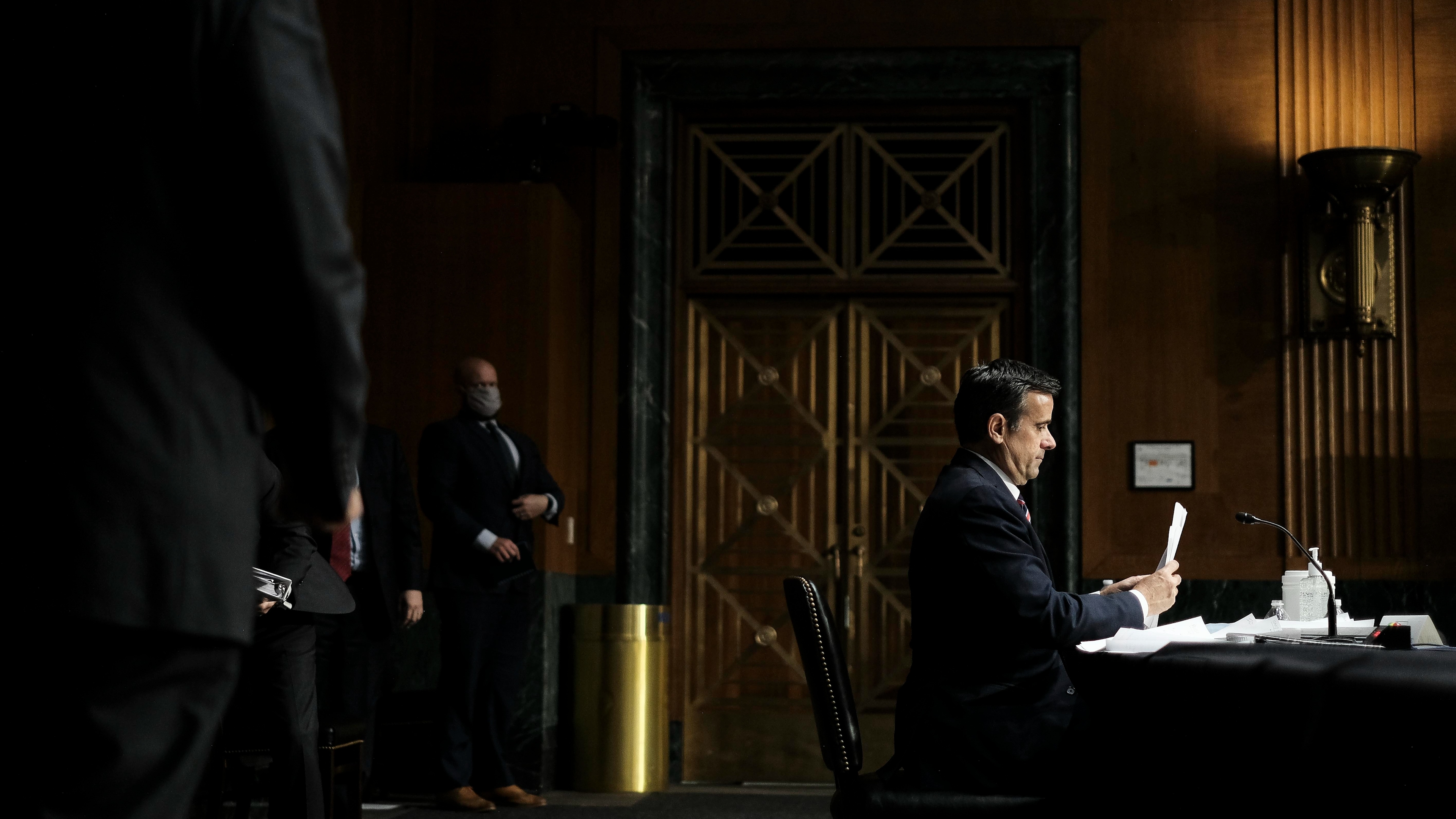 America's top US intel official has issued a warning: China is our No. 1 threat.

Give me the briefing.

In an unusual move, Director of National Intelligence John Ratcliffe outlined Beijing's threat to America in an opinion piece published by the Wall Street Journal. Ratcliffe sees more intel than anyone else in the US gov. He lives it and breathes it – prioritizing and filing threats in what can only be imagined to be countless of colored folders and tabs. And he usually shares this type of info with the president. But now, he's publicly saying China is the greatest threat to freedom and democracy since World War II.

A few ways. One is what Ratcliffe calls the "rob, replicate, and replace" approach. Think: Beijing steals American companies' intel property, copies the tech, and replaces the US firms in the global market. In one case, the theft cost a US wind turbine company over $550 million and 700 jobs. And there are many, many more. But it's not just companies and major institutions that are being targeted. It's members of Congress too. And while Russia's done some interference of its own, Ratcliffe says China's is "six times" what the Kremlin's doing. It's an issue that NATO's been advised to devote more time to.

Ratcliffe says that Beijing has plans to dominate the US and the rest of the world "economically, militarily, and technologically." But he has plans of his own, including moving budget resources to make China a priority. And the Trump admin's also been making moves. It's imposing more restrictions on the country – which some see as President Trump's last-ditch effort to cement his legacy before leaving office next month.

So far, President-elect Joe Biden's team has given few details on how it will approach US-China relations. One thing we do know: Biden has said he won't immediately remove trade tariffs on the country. TBD on whether his stance changes, as a US intel official says they've seen evidence that China's efforts have pivoted to targeting members of the incoming Biden admin. Meanwhile, China's foreign ministry spokesperson reportedly dismissed Ratcliffe's comments as "false information."

China plays a key role in the international economy as the second largest in the world. But the gov's also played defense for mishandling the coronavirus, its ongoing mistreatment of Uighurs, and its crackdown on Hong Kong. It sets the stage for one of Biden's more difficult foreign policy challenges.

Who wants everyone to dress for winter…

President-elect Joe Biden. Yesterday, he said that for the first 100 days of his presidency, he'll ask all Americans to wear a mask to prevent the spread of COVID-19. His announcement came as CDC Director Robert Redfield warned that winter could be "the most difficult time in the public health history of this nation." Americans are facing record coronavirus deaths and hospitalizations. The latest: California's governor announced a regional stay-at-home order in areas facing ICU bed shortages. In Los Angeles, the mayor urged residents to stay home and "cancel everything." And while a vaccine may be on the horizon, it's important to remember that the first doses are expected to go to health care workers and long-term care facility residents. So following the recommended precautions is key to stopping the spread.

…Oh and speaking of a possible COVID-19 vaccine, former presidents – Obama, Clinton, and Bush – have said they'd get theirs on camera to boost confidence in its safety.

Who's rolling in the deep…

Google. Earlier this week, the National Labor Relations Board – an independent federal agency – accused the tech giant of violating federal labor law by spying on its employees and then firing them for trying to unionize. In 2019, Google fired four employees, claiming they had shared confidential docs and breached security. The workers, who were involved in labor organizing, reportedly filed a complaint with the NLRB shortly after. Now, the agency's saying that Google illegally fired two of them. But the company says it stands by its decision given that the employees' actions were "a serious violation" of its policies. Google has until Dec 16 to officially respond to the NLRB. And if it doesn't settle, the case will go before an agency judge.

Facebook. Yesterday, the Justice Dept gave the social media giant a thumbs down, suing the company for allegedly discriminating against US workers. And instead, giving jobs to immigrant visa holders. The DOJ says that between 2018 and 2019 Facebook failed to properly advertise at least 2,600 positions that were then filled by temp visa holders, whom the company was sponsoring for green cards. The lawsuit says that the roles were not advertised on Facebook's site and required candidates to send mail-in applications. (How not very techy of them.) Facebook says it's working with the DOJ on the issue.

Who's simply the best…

Gitanjali Rao. The 15-year-old was named Time's first-ever Kid of the Year. As a scientist and inventor, she built a device that can detect lead in drinking water, and also developed a tool – called Kindly – that uses AI to detect signs of cyberbullying. Next week, it's an adult's Time to shine.

Who found love in quarantine...

Jupiter and Saturn. Later this month, the two planets will be so close together that they will form a "double planet" – a first in nearly 800 years. So, mark your cal and get your telescope ready, pending clear skies. It'll be on display for about a month.

When you can't go anywhere...

Go "Swimming in the Stars."