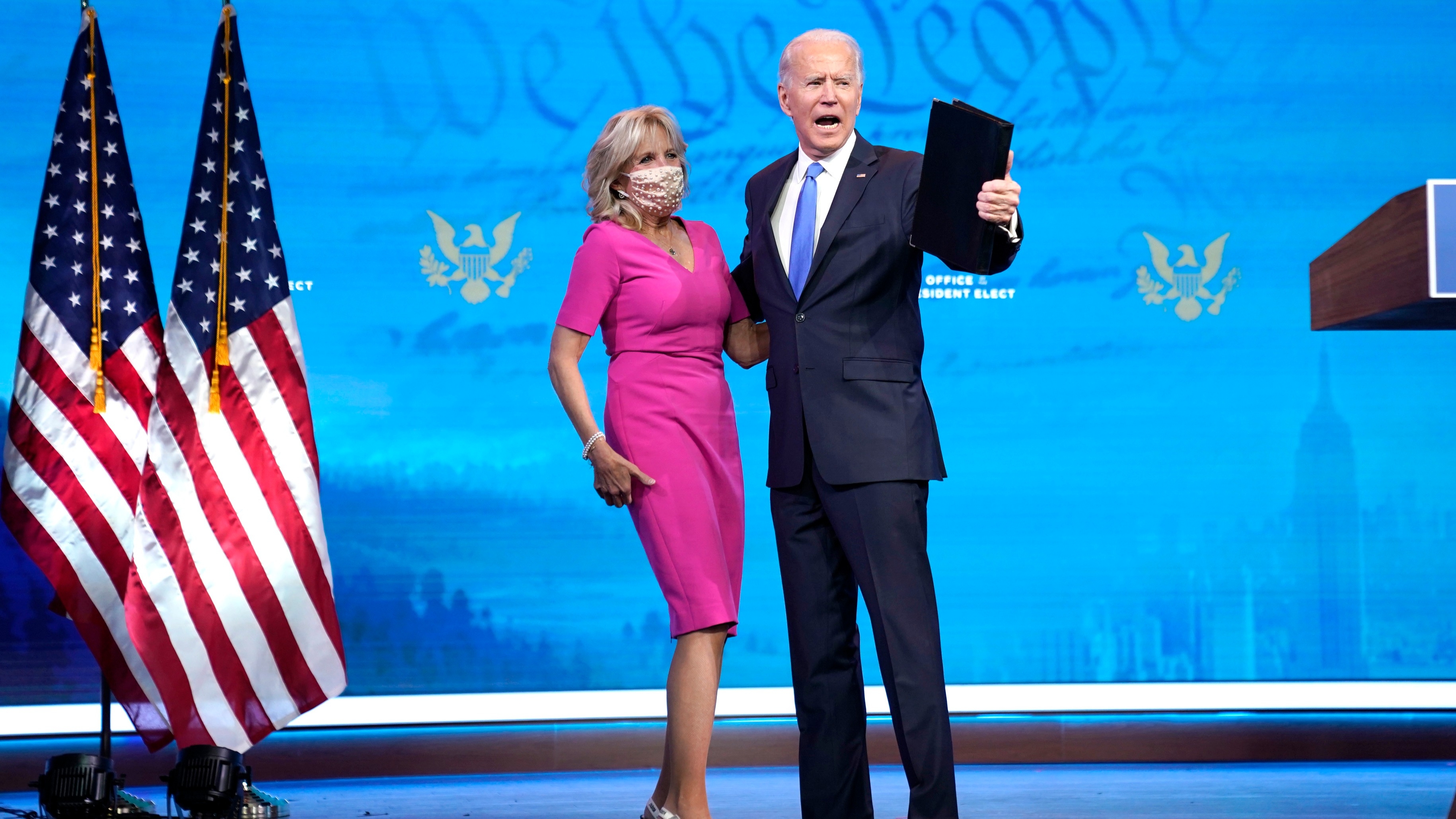 Joe Biden is officially the president-elect.

Au contraire. Yesterday, all 538 of the US's electors gathered in their states to cement last month's election results. 306 cast their votes for Biden and 232 voted for President Trump. While the move is usually a formality, all eyes were on the Electoral College vote this year. Especially as the Trump campaign and other Republicans worked on a last-ditch effort to overturn its results.

Remind me. How exactly does the Electoral College work?

First, all 50 states and DC have to certify their votes and name their electors. Each state gets as many electors as it has members of Congress (plus three for DC). They're typically nominated by political parties in each state before the general election, and can be pretty much anyone, including local elected officials to celebrities. Some names you might recognize this year: Hillary Clinton in NY and Stacey Abrams in GA. The electors convene at their state capitals (and some chose undisclosed locations for safety) to review the election results and sign, seal, and deliver their formal votes.

And then it's done?

Not quite. The votes go to Congress, where they will be counted on Jan 6. VP Mike Pence announces the results. In all states except Maine and Nebraska, electors are expected to vote for the candidate who won their state's popular vote. But there've been a few electors (call them faithless) who've gone rogue in the past. But this summer, the Supreme Court ruled that states can require electors to act in line with their state's popular vote. And everyone seemed to have behaved. Even in key states the Trump campaign tried to overturn with lawsuits – Nevada, Georgia, Pennsylvania, Arizona, Michigan, and Wisconsin – all voted for Biden.

Does this mean the election drama is over?

We'll see. Lawmakers can still dispute a state's election results when the votes are counted next month. But a member of the House and Senate must sign onto it – something that's apparently unlikely. As for the Trump campaign's lawsuits challenging the election results, 59 have been dismissed by the courts, including most recently in Wisconsin. But their claims were enough to sow distrust in the election results.

Now that the Electoral College has cast its vote, Americans are one step closer to a transition of power. The milestone comes even as millions of Americans continue to disbelieve the results of the election.

Sudan. Yesterday, the Trump admin removed it from the US list of State Sponsors of Terrorism. Sudan has been on the list since 1993 for supporting acts of terrorism including backing militant groups like Hamas, helping bomb US embassies in Kenya and Tanzania in '98, and providing a safe haven for al-Qaeda leader Osama bin Laden. But when protesters ousted longtime-dictator Omar al-Bashir in 2019, Sudan's relationship with the US began to change. Earlier this year, it agreed to a few things to get its name off the list (think: normalizing ties with Israel, compensation for victims of terrorist attacks). Now, Sudan can rejoin the international community and get economic help amid skyrocketing inflation. The State Dept called the move "a fundamental change."

Nigeria. On Friday, gunmen attacked an all-boys boarding school in the northwestern part of the country and kidnapped hundreds of students. Some have escaped, but over 300 are still missing. The leader of the Islamist militant group Boko Haram has reportedly claimed responsibility. Gov officials say they're negotiating the release of the boys. It's the latest attack on a Nigerian school. In 2014, Boko Haram also kidnapped 276 girls from a school. Dozens remain missing.

Where the (runoff) race is off…

Georgia. Yesterday, early in-person voting began in the Peach State for two Senate runoff seats that could determine the upper chamber's majority. On the ballot: Incumbent Sen. David Perdue (R) versus Jon Ossoff (D). And Raphael Warnock (D) versus Sen. Kelly Loeffler (R). While lines looked shorter yesterday compared to early voting for the general election, officials say they're still expecting high voter turnout. Over 1.2 million people have already requested absentee ballots. And more than 200,000 of them have been returned. The big day's Jan 5, and until then both Republicans and Democrats are on the edge of their seat.

AG William Barr. Yesterday, President Trump announced that Barr's stepping down as head of the Justice Dept next week. Throughout the majority of his tenure, Barr's been loyal to the president's "law and order" message. But recently, the two have been at odds over things like voter fraud in the 2020 election. And Trump's been reportedly thinking about firing him. But the relationship still appears cordial, with Barr applauding the president for his "historic" record. Deputy Attorney General Jeff Rosen will step in as acting AG.

What needed a better vision board...

Pinterest. Yesterday, the company agreed to pay $22.5 million in a gender discrimination settlement – one of the largest ever publicly announced. In August, Former COO Françoise Brougher sued the company, accusing her male colleagues of edging her out of meetings, giving her gendered feedback, and ultimately firing her after she called for equal pay. Pinterest didn't admit liability. But it said it "recognizes the importance" of fostering an inclusive workplace and that it will continue to improve. Good idea. Now time to manifest.

When you've finished all the Herb Ertlinger wine...