Daily Skimm: New Coronavirus Strain, the Latest on the Hill, and 8 Rings for Ariana 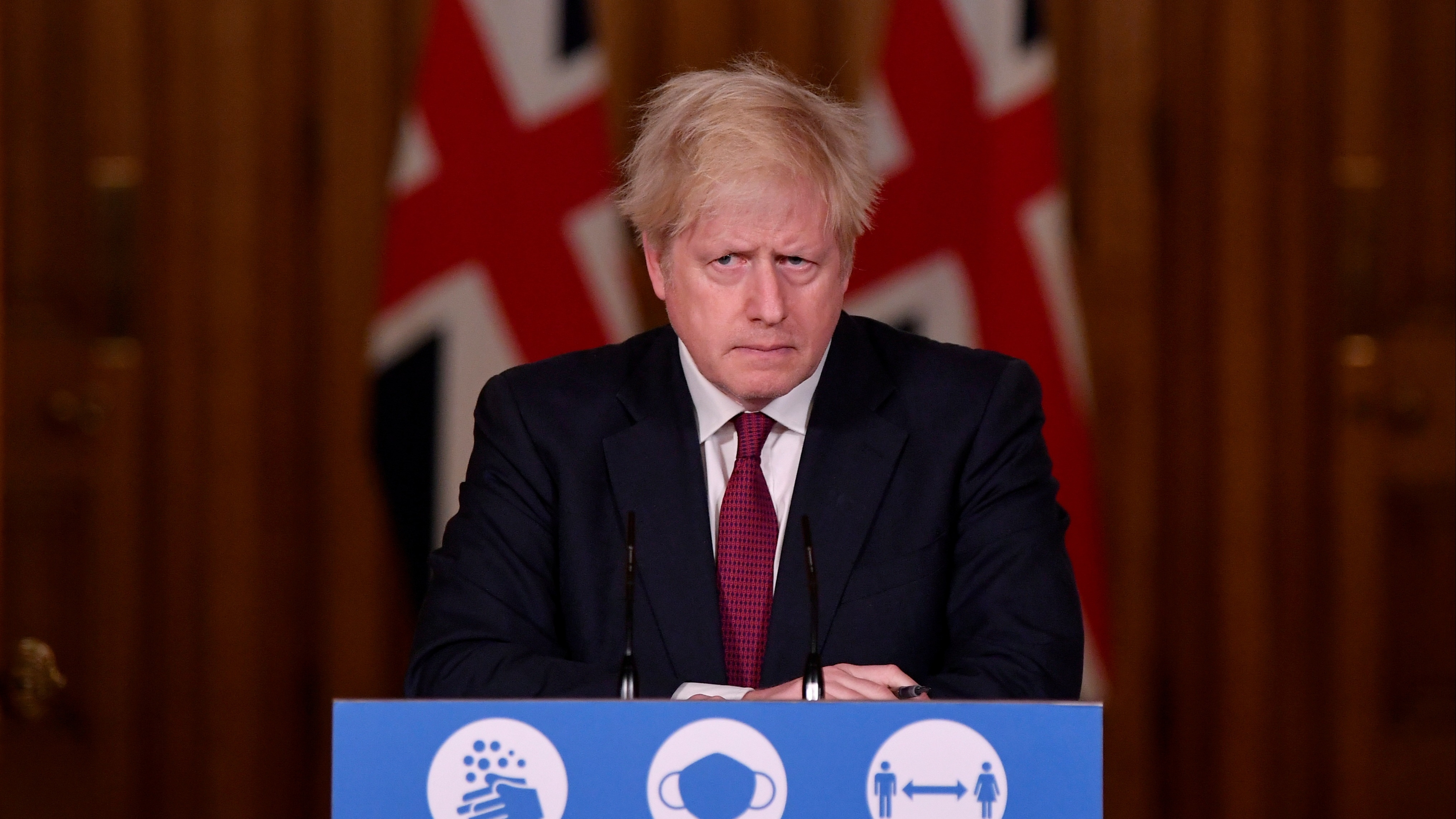 Several countries are shutting out the UK.

Is this about Brexit?

No, actually. It's about COVID-19. And the spread of a new strain of the coronavirus there. Over the weekend, UK Prime Minister Boris Johnson announced the toughest restrictions since March – backtracking on a planned relaxation of rules for the holidays. Now, about 21 million people are under a strict lockdown in London, southeast and eastern England, where they can't leave their homes except for essential reasons, like traveling for work or school. And residents "cannot continue with Christmas as planned." Canada and at least nine countries in Europe – including France, Belgium, Italy, Ireland, Germany, Austria, and the Netherlands – are halting travel from the UK, causing mayhem at train stations and airports in the country's capital. Countries across South America, the Middle East, and Asia are also issuing travel restrictions.

I stopped reading after 'a new strain of the coronavirus.'

Fair enough. Let's get to it then: Health officials in the UK found evidence of a more infectious and "out of control" variant (read: mutation) of the coronavirus. It could be up to 70% more transmissible than earlier variants. Cases have been found in the Netherlands, Denmark, Italy, and Australia. But before the whole world hits the panic button all at once, scientists say mutations aren't unexpected. And so far, there's no sign that this one's deadlier. US Army scientists are reportedly looking into whether current vaccines will be effective against the new strain. But health experts think they should be. The EU is meeting today to discuss the bloc's response.

After a year of alarm bells ringing across the world, the news about a new strain doesn't help. As countries take steps to curb its spread, it's important to remember the tenets of 2020: social distance, wash your hands, wear a mask, repeat.

Where the coffee has been flowing strong…

Congress. Today, lawmakers are expected to vote on a $900 billion coronavirus relief package they (finally) agreed on yesterday. It's expected to include $300 in additional weekly unemployment benefits, $600 in one-time direct payments to most Americans, and hundreds of billions of dollars to small businesses. Not included: new funding for state and local govs. The two sides also decided to compromise over restrictions on the Fed's emergency powers. If passed, the package will be the second-largest stimulus package in US history following the CARES Act in March, which came in at more than $2 trillion. Lawmakers are tying the new relief package to a $1.4 trillion spending bill to fund the gov that's also due today (after multiple extensions). Because no one wants a gov shutdown in the middle of a pandemic.

Psst…Here are some ideas for how to spend another stimulus check if you get one.

What doesn't mind coming in second…

Moderna. On Friday, the FDA approved the company's coronavirus vaccine for emergency use among people 18 and older. And yesterday, the first of about 6 million doses began to ship out to more than 3,000 locations across the country, including medical facilities. The first shots could be given out today and are expected to go to health care workers and nursing home residents. And would add to the mass vaccination effort that began with Pfizer-BioNTech's vaccine last week – giving Americans two viable, safe options.

...Oh and speaking of vaccination efforts, Uber, Lyft, DoorDash, and Instacart are apparently asking the gov to classify their workers as essential and receive early vaccine access. The request came as a CDC advisory group has recommended people ages 75+ and front-line essential workers be next in line to get immunized.

The recent cyberattacks. On Friday, Secretary of State Mike Pompeo blamed Russia for the malicious hacks into gov networks that started as early as March. At least half a dozen gov agencies are known to have been targeted, compromising info from the Treasury and Commerce Depts. Now, Pompeo's pointing the finger at Russia, which has been suspected the whole time. It's denied the allegations. But President-elect Joe Biden is already considering things like financial sanctions and cyberattacks on Moscow in retaliation. Meanwhile, President Trump has suggested without evidence that "it may be China" and that the election results could have been compromised, too. (Key word: without evidence.)