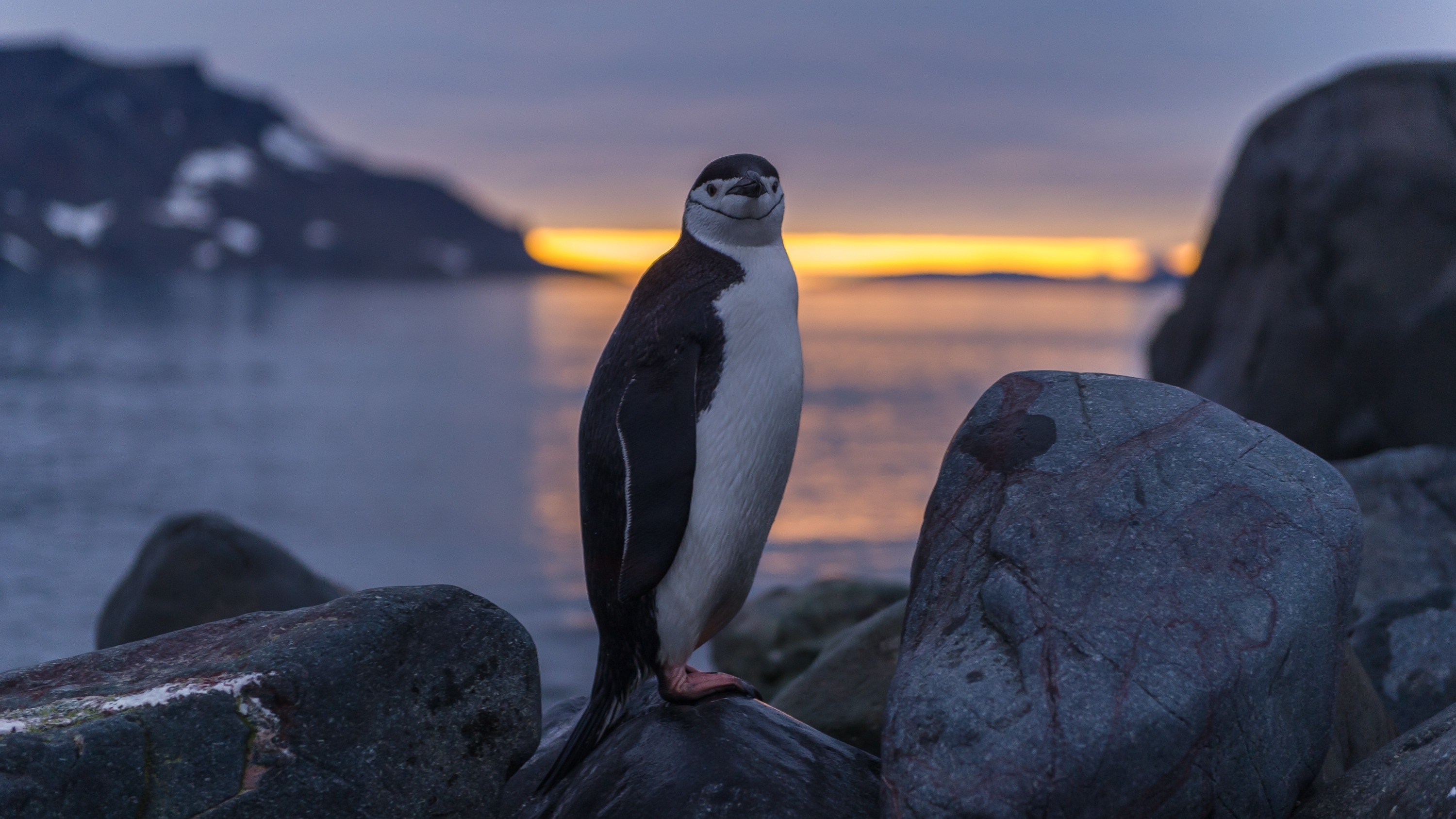 Ho, Ho, Home for the Holidays

COVID-19 has reached the South Pole.

That's where the angry elves are…

If that's how you want to see it, sure. Antarctica was the only continent not affected by the coronavirus until now. Earlier this week, the Chilean Army said 36 people at the nation's research base there tested positive for COVID-19, marking the first time cases have been recorded on the continent. Officials said that 26 members of the Chilean military and 10 maintenance workers have been evacuated to Chile, where they are reportedly in isolation and doing well. But while Santa may be immune to the virus, not everyone is. And Antarctica isn't the only place raising alarms.

The UK. The country's dealing with the spread of a new strain of the coronavirus. According to experts, this mutation spreads faster than other variants of the virus but it isn't deadlier. And the CEO of BioNTech (who partnered with Pfizer to create a vaccine) said it's "highly likely" their COVID-19 shot is still effective against the new variant. While 40+ countries have halted travel from the UK (some temporarily), US health officials are saying there's no need for that kind of restriction. And the CDC's saying this variant is probably already in the US.

On the homefront, California recorded a half-million COVID-19 cases over the course of two weeks. And could be facing nearly 100,000 hospitalizations in the next month, further limiting an already low number of ICU beds – Southern California has been at capacity for days. Now, Gov. Gavin Newsom (D) is considering extending the state's stay-at-home order amid the holidays. And Dr. Deborah Birx (the coordinator of the White House coronavirus response) said she's retiring – after she traveled over Thanksgiving weekend with members of different households.

Experts are pleading for you not to. The best thing you can do is not travel and celebrate virtually or with members of your own household. But if you're a rebel without a Claus, keep an eye on state travel restrictions and continue to follow other CDC rules and guidelines like washing your hands, using Santa-tizer, er, sanitizer, wearing a mask, and not sharing utensils. Also, disinfect commonly touched surfaces, limit the number of people at a gathering, and maybe (definitely) avoid the mistletoe.

We know, we can't believe it's late December either. But as Americans stay home for the holidays it's important to stay safe amid a surge of cases in parts of the country and the world. Let's continue sleighing the pandemic together.

What President Trump has on his mind...

Pardons. Yesterday, the president said 'you get a pardon and you get a pardon' to 15 people. And commuted part or all of the sentences of five individuals. Some of the pardons went to Republican allies who served in Congress, two men who pleaded guilty in Robert Mueller's Russia probe (including former campaign adviser George Papadopoulos), and several military contractors convicted of killing 14 unarmed Iraqi civilians. Trump also commuted terms for several people convicted of drug offenses. The White House said some of the pardons helped correct wrongs and that others were supported by the public. But Dem lawmakers said the president's abusing his power to protect his supporters. And this may not be the end of the president's pardon spree. More acts of clemency may be on the horizon.

The COVID-19 relief package. A day after Congress passed a $900 billion package, Trump called it a "disgrace." He said that the 5,593-page bill – which includes the spending package – was filled with "wasteful and unnecessary items" like foreign aid, money for museums, and fish management. He urged lawmakers to make amendments, including increasing the $600 one-time direct payments to $2,000. It's a demand that's got House Speaker Nancy Pelosi (D-CA) saying "let's do it." But Republican lawmakers have resisted higher stimulus payments. Now, the package's fate is unclear. The president didn't directly threaten to veto the legislation, but if he did, both chambers could override it – a process that could take weeks and would further delay aid that millions of Americans have been waiting for.

This lawsuit. Earlier this week, more than 40 immigrant women joined a class-action lawsuit. They allege they were subjected to medical abuse at an ICE detention center in Georgia – specifically about nonconsensual or unnecessary procedures. And some say the abuse dates back to at least 2018. The women also said they faced retribution, including being physically assaulted, deported, or placed in solitary confinement. The suit follows a September whistleblower complaint that claimed a suspiciously "high rate" of hysterectomies happened at the facility. But the center said their records only showed two such surgeries. The Justice and Homeland Security Depts are still investigating. And ICE said it's fully cooperating in the current federal investigation.

Israel. Yesterday, its government collapsed after the country's parliament failed to pass an annual budget. The move came amid weeks of infighting in Israel's so-called unity gov between Prime Minister Benjamin Netanyahu and rival-turned-partner Benny Gantz. Now seven months after the two paired up, Netanyahu and Gantz are blaming each other for the crisis. And the country is facing its fourth election in less than two years. Until then, the current gov will reportedly stay in power in a caretaker capacity until a new gov is formed – which could take months to finalize.

What may not be feeling too Super(center)...

Walmart. Yesterday, the Justice Dept sued the retail giant for its alleged role in the opioid crisis. Authorities claim that Walmart – which has over 5,000 in-store pharmacies – broke the law by filling thousands of invalid prescriptions and failing to report suspicious orders of opioids to the Drug Enforcement Agency. The lawsuit also claims that Walmart purposefully made it difficult for its pharmacists to follow the rules, and put pressure on them to fill a high volume of prescriptions as fast as possible to boost profits. Walmart denied the claims, saying the suit was an attempt to shift blame from the gov's failures in "keeping bad doctors from prescribing opioids in the first place."

Who might be Putin some safety nets in place…

Who's Coming 2 Your Screen…