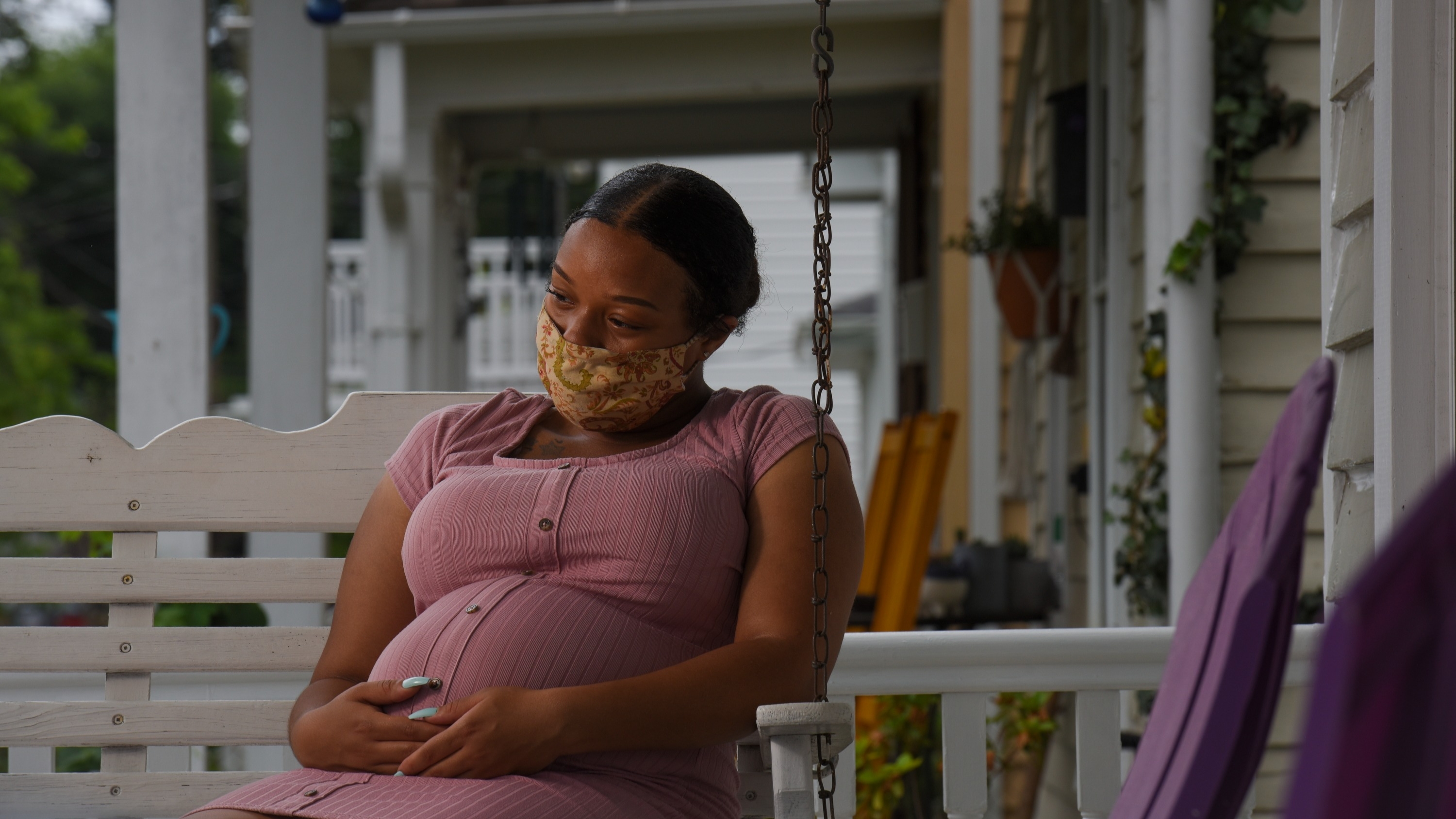 Our society is not set up to protect mothers.

Women and men do not make the same amount of money for the same work. At the current rate, it will take close to 100 years for women to get paid as much as men. That's in large part because society still pressures women to take on the vast majority of unpaid work in households, including child care. Enter: 2020.

Women used to make up the majority in the workforce. But in the past year, mothers accounted for nearly half of the more than 2.3 million women who left the workforce. It comes as tens of thousands of schools have gone virtual and moms are increasingly unable to Hermione their way out of doing childcare and their actual jobs 24/7. Study after study has found that working moms are suffering from disproportionate levels of burnout and stress. It comes as Black mothers are reportedly leaving the workforce at more than twice the rate of white mothers. And it's not the only area where racial divides are growing.

Black mothers also face disproportionate health inequities. Black women are more than three times as likely as white women to die of pregnancy-related causes. And may be twice as likely to experience infertility. People of color are less likely to have access to things like fertility or prenatal care. Systemic racism in health care is also apparent in clinical trials – where people of color are underrepresented. It comes as Black Americans are dying of COVID-19 at twice the rate of white Americans.

Black lawmakers have introduced the Black Maternal Health Momnibus Act of 2021 to address these health inequities nationwide. It would fund community-based orgs that are working to promote equity and improve health care for moms. And would invest in things like childcare services, nutrition, and training programs against racial bias and discrimination. As for women leaving the workforce, the Biden admin's called it a "national emergency." And reportedly proposed a child tax credit (up to $3,600 per child) to help parents. It's hoping to hand out additional $1,400 stimulus checks. But there are more ways we can all help mothers brave this pandemic.

The pandemic has exacerbated flaws in the US system that's let down women and mothers. And it's continued to highlight racial inequities. Now, some lawmakers are taking initiative to address the problems lingering for decades.

PS: Want to learn more about how women are faring in this economy? We're going deep on all things "shecession" in the Skimm Money newsletter on Friday. Sign up to get it in your inbox.

Tuning in: The trial is slated to start at 1pm ET on all the major news networks and C-SPAN. The focus will be on whether it's constitutional to even hold a trial, considering Trump's out of office. The debate could last up to four hours, and then there's a vote. Over the next two days, each side will get up to 16 hours to make their case.

What to expect: Nine House impeachment managers (kind of like prosecutors) will rely on Trump's January 6th speech to argue that he incited the Capitol attack that left five people dead. Trump's new legal team has called the whole trial "political theater." And is expected to argue the House is ignoring info like when he told supporters to "peacefully" make their "voices heard." If Trump is convicted (an uphill battle), the Senate could bar him from holding elected office in the future.

What's got people crunching the numbers...

A $15 minimum wage proposal. Yesterday, the Congressional Budget Office – a nonpartisan group – published the cost-benefit analysis of paying workers $15/hour. Since 2009, the minimum wage has remained at $7.25 despite rising inflation. Last month, President Biden proposed more than doubling it as part of his $1.9 trillion coronavirus relief package. Now, the CBO's looking into the future, finding that such a move could lift 900,000 families out of poverty by 2025. And could potentially raise the income of about 27 million people. But the agency also found that the plan would cut 1.4 million jobs over four years – reigniting a longtime debate about the pros and cons of a min wage increase.

COVID-19 variants. Yesterday, the World Health Organization questioned the effectiveness of current vaccines against contagious variants. And reportedly said it was "concerning" that the vaccines on the market could be less effective against the South Africa variant (B1351). Since last fall, the world's been monitoring the spread of B117, B1351, and P1. Pfizer, Moderna, and Johnson & Johnson have said there's evidence their vaccines are effective at combating the variants – though at a lower level. Now, the WHO's apparently saying booster shots are a must – something Moderna and Pfizer have been working on.

PS: We asked Dr. Geeta Swamy, OB-GYN, questions about pregnancy and the COVID-19 vaccine. Check out what she said here.

Mary Wilson. Yesterday, the legendary singer and founding member of The Supremes died at the age of 76. Wilson had worked alongside Diana Ross and Florence Ballard in the 1960s. The Supremes – which would later have new members – became one of Motown's most successful groups with 12 No. 1 hits. They include "Where Did Our Love Go," "Baby Love," and "Stop! In the name of Love." Motown founder Berry Gordy remembered Wilson as a "trailblazer." RIP.

Rep. Ron Wright (R-TX). Earlier this week, he passed away after contracting COVID-19. He was 67. Wright, who had also been battling cancer, is the first sitting member of Congress to die after testing positive for the coronavirus. He was a member of the House Foreign Affairs Committee and the Education and Labor Committee. House Minority Leader Kevin McCarthy (R-CA) said Wright "emulated the very best of America." RIP.

Who's getting the world's attention...

Dr. Ngozi Okonjo-Iweala. Last week, she received the Biden admin's "strong support" to become Director-General of the World Trade Organization. Now, Dr. Okonjo-Iweala – who was Nigeria's finance minister and worked at the World Bank for 25 years – is on track to become the first woman and first African to lead the org that has helped open up trade around the globe.

Who went from royalty to poetry...