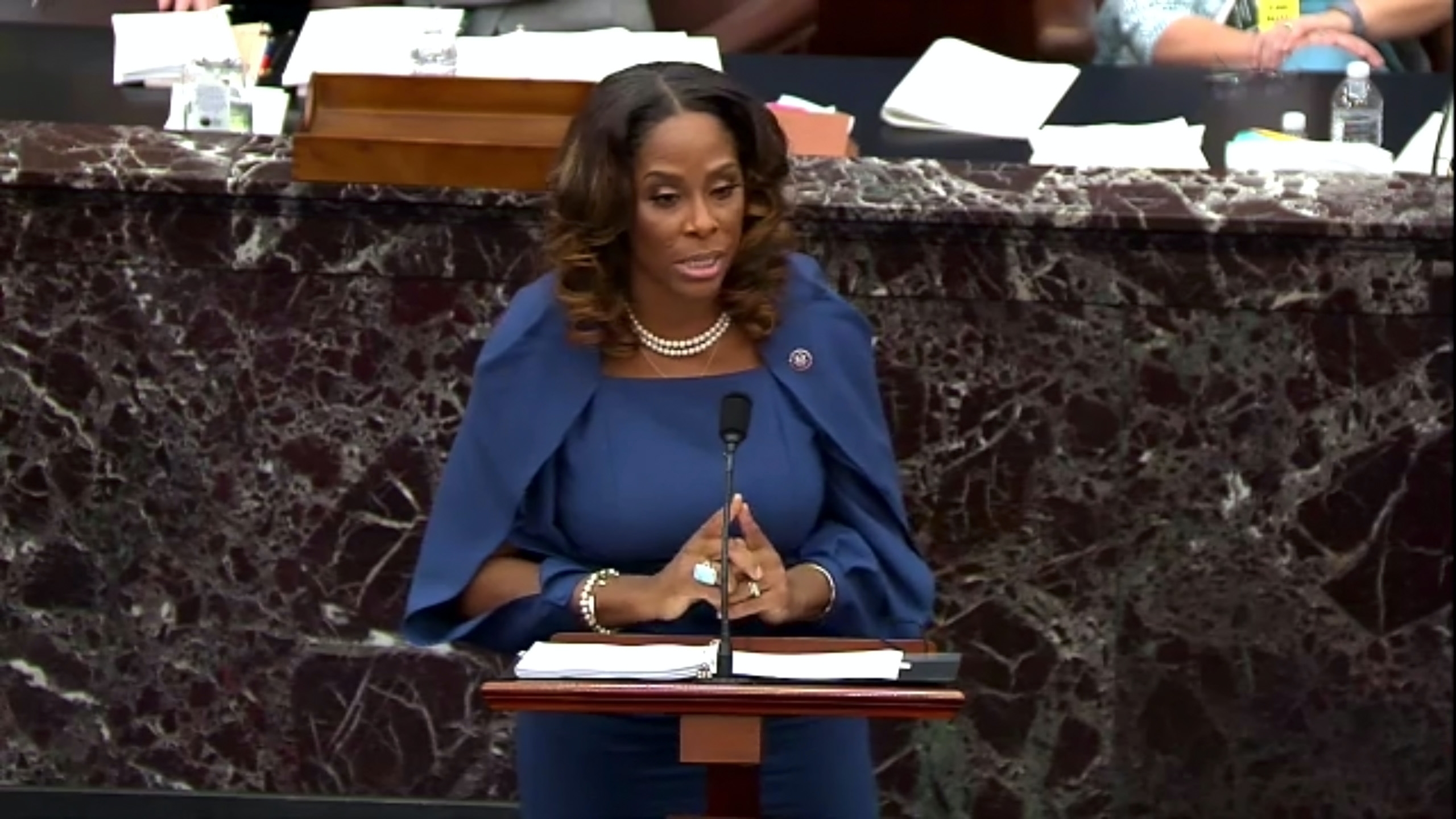 What did I miss?

Yesterday, House Democrats had the floor to make their case that Trump incited the January 6th Capitol siege. First, they've been laying out the statements Trump made in the months leading up to the attack. That includes repeated, baseless claims that the 2020 election would be rigged. Invitations to the protest on Jan 6th. And language that seemed to endorse extremists (remember "stand back and stand by"?). After that, the House impeachment managers focused on the attack itself.

Dems showed new footage, reminding senators (and the public) how much worse the outcome could have been. That includes how physically close rioters came to then-VP Mike Pence. And how Capitol Police officer Eugene Goodman ushered Sen. Mitt Romney (R-UT) to safety. The third part of the impeachment case focuses on the harm this attack has caused. House Democrats continue their case today. Then Trump's defense team gets a chance at the mic.

It's not the only case against Trump. Georgia prosecutors have launched a criminal probe into Trump's attempts to overturn the election results there. It'll look into Trump's phone call to Georgia Sec of State Brad Raffensperger (R), in which the then-president pushed him to "find" enough votes to reverse the election results. Prosecutors are looking at several potential charges related to his alleged "attempts to influence" the state's 2020 election. A Trump adviser said the investigation is part of Dems' continued "witch hunt" against the former president.

The events of January 6th, 2021, left a stain on this country that our elected officials are still struggling to process. But even as House Democrats face an uphill battle to convict Trump for incitement, prosecutors are opening up the possibility for other avenues to justice.

What researchers have been focusing on...

Double masking. Yesterday, the CDC released a new study affirming that two's better than one when it comes to face masks. And that a surgical and cloth mask combo can block nearly 93% of cough particles. (Here are some tips on how to properly mask up.) The health agency also updated some guidelines, saying that fully vaccinated people (again, two's better than one shot) can skip quarantine if they've been exposed to an infected person.

PTSD. Earlier this week, a UK study revealed that a third of COVID-19 patients who were on a ventilator suffered post-traumatic stress disorder symptoms. The most common were flashbacks (think: things like images of an ICU room, doctors in PPE, and ICU patients). And one in five who were only admitted to the hospital also reported symptoms of PTSD. The study's raising awareness about the need for mental health services for COVID-19 survivors, who may experience short- or long-term effects.

Where the pressure's mounting…

Myanmar. Yesterday, the Biden admin ordered new sanctions against the Southeast Asian country's military. Earlier this month, the junta (Myanmar's military) arrested civilian leader Aung San Suu Kyi, declared a state of emergency, and took power. The reason: alleged fraud in last year's elections. Tens of thousands of protesters took to the streets in opposition and have been met with water cannons, rubber bullets, and tear gas. Now, the Biden admin says the sanctions will target junta leaders and limit the military's access to $1 billion of Myanmar gov funds being held in the US. President Biden and the UN have called for Suu Kyi to be released.

Where people are trying to score the latest invite to...

Clubhouse. No, not a real club (because, COVID-19). Think of it like Zoom but without the cameras. Or like a live podcast. The invite-only app is all the rage lately. And like with any popular app, Facebook's apparently trying to catch up.

When you think you miss your commute…

When you realize it's not Friday yet…

It will be soon.