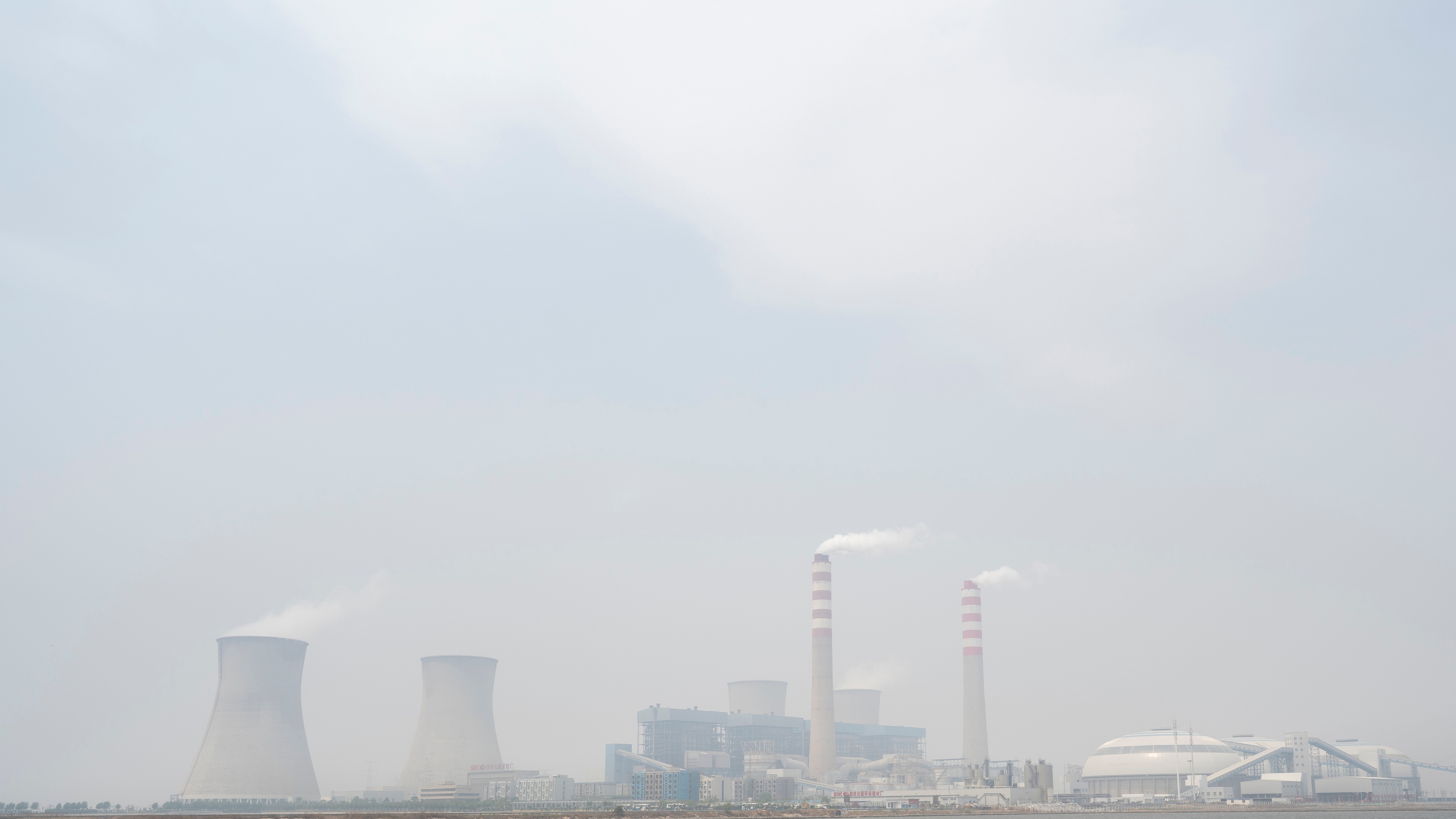 It's not. Global carbon emissions dropped more than 6% last year – the largest annual drop since WWII. In the early months of the pandemic, that drop was actually closer to 17% as businesses and factories shut their doors, and commutes and air travel became a thing of the past. Skies looked bluer, animals roamed around, and air quality seemed to be improving. But that progress was short-lived. And in some parts of the world, carbon emissions are now higher than in the Before Times.

The short answer: the economy. As lockdowns started to lift in several parts of the globe, the race to rev up the beaten-down economy began. According to the International Energy Agency (IEA), global carbon emissions in December were 2% higher than in 2019. That increase was largely driven by major economies like China, India, and Brazil – who quickly reopened their manufacturing and construction industries. The IEA is saying it's a "stark warning" that the world's not prioritizing clean energy. And that governments need to "move quickly with the right energy policies."

Scientists say a 7% drop in carbon emissions could reduce global temps. That number's in line with the Paris climate deal's goals and could help us avoid devastating damage like record wildfires, hurricanes, and other natural disasters. So it's time to kick clean energy into high gear. Think: using renewable energy (like wind and solar power) or cutting down on meat consumption – which scientists say is the single best environmental action a person can take. (If that's not enough for you, a new study found that eating meat daily can increase your risk of heart disease, pneumonia, and diabetes.) But wait, there's more.

Enter: electric vehicles – which can reportedly produce nearly 43% less carbon emissions than diesel cars. Companies like GM, Volvo, and even FedEx are cruising toward replacing all of their fleet with electric cars in the next few decades. Meanwhile, the European Union's tackling household appliances. The 27-nation bloc passed the "right to repair" law to make these large items more energy-efficient and durable. Which it hopes will reduce waste and curb its environmental footprint.

Scientists and environmental activists have been blaring the alarm about the consequences of climate change. And while the pandemic gave the world a moment to catch some clearer skies, old habits are coming back.

Psst...here's why climate change can also be bad news for your wallet.

NY Gov. Andrew Cuomo (D). Yesterday, he apologized and said he was "embarrassed" for his actions after a third woman accused him of sexual harassment. Earlier this week, Anna Ruch, who met Cuomo at a wedding in 2019, came forward and said the governor put his hand on her bare lower back. And placed his hands on her face before allegedly kissing her cheek. This follows claims from two of Cuomo's former aides, who said he made advances toward the both of them in work situations. NY lawmakers have called for the governor to resign. And NYC Mayor Bill de Blasio (D) said Cuomo should "step aside" if he can't address these claims and govern at the same time. But Cuomo said he's staying put for now.

Myanmar. Yesterday, the UN said the country's military allegedly killed at least 38 protesters. It's the highest daily death toll since the junta took over the gov last month. For weeks, people in Myanmar have been protesting the military coup that saw their civilian leader Aung San Suu Kyi arrested. But Myanmar security forces aren't backing down, using tear gas, water cannons, rubber bullets, and even live ammunition against protesters. At least 18 people were killed in clashes over the weekend. Now, the UN says the total death stands at more than 50. And a UN special envoy is calling on member states to step up and "stop this situation."

This frozen embryo case. Yesterday, actress Sofia Vergara won a lawsuit against her ex-fiancé, Nick Loeb, preventing him from using the embryos they created when they were together without her consent. The ruling comes after a years-long battle and multiple lawsuits in California and Louisiana. And serves as a reminder to consider all factors (and possible contracts) when freezing your eggs and embryos.

Back up: If you want to know why someone would choose to freeze their eggs or embryos to begin with, we have a guide for that.

Why you may want to take a closer look at your pet's accessory...

It could be deadly. Seresto, a popular flea collar for cats and dogs, has reportedly been linked to 1,700 pet deaths (and at least a 1,000 human illnesses). So, talk to your vet.

Whose crypto is on fire...