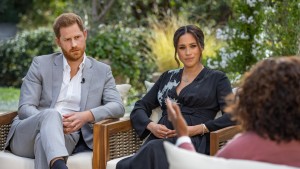 And So It Begins

The trial over George Floyd's death is beginning.

Last Memorial Day, Floyd died in Minneapolis, Minnesota, after now-fired police officer Derek Chauvin pinned him to the ground for about nine minutes. Viral video of the incident showed Chauvin (who's white) with his knee on the 46-year-old Black man's neck while Floyd cried out "I can't breathe" and called for his mother. All the while, Chauvin wouldn't budge and other officers stood by watching. Floyd's name and last words became a rallying cry at protests across the country and around the world. Hundreds of thousands of people decried persistent violence against Black men and women. Now, Chauvin's going on trial for murder and manslaughter charges – a case that's being dubbed one of the most important in US history.

What can we expect?

Today, candidates for the jury will go to the Hennepin County Courthouse in Minneapolis. They've already submitted a questionnaire, detailing their knowledge about the case and their views on things like policing and the Black Lives Matter movement. But they'll face more questions from lawyers until 12 jurors and four alts are selected. Opening arguments are scheduled to kick off March 29 – when the jury will hear from dozens, if not hundreds, of witnesses over the course of four weeks. If convicted, Chauvin faces a maximum of 40 years in prison. Meanwhile, protests calling for justice have already started, some businesses remain boarded up, and the courthouse is barricaded. Police and the National Guard have been called. But eyes will be on Minneapolis for some time as three other officers charged in Floyd's death are slated to go on trial this August.

Floyd's death was part of a wave of killings by police that sparked the BLM protests over the summer. Now, a country that rarely convicts police officers for on-duty deaths will watch to see if any change arises.

Last night, CBS aired Oprah's interview with Meghan Markle and Prince Harry. In it, the couple spoke out about their time with the royal family. And revealed bombshells about what allegedly happened behind palace doors. That included on:

Race…Markle said that there were "concerns and conversations" amongst the family about "how dark" Archie's skin could be. The couple didn't reveal who was having those conversations. But Markle also said the royal family went against convention and declined to give her son a royal title – and the security that comes with it.

Mental health...Markle shared that there was a time with the royals when she "didn't want to be alive anymore." And that she sought mental health services but that "the institution" rejected her repeated pleas for help. Because seeking mental health care "wouldn't be good" for the royal family.

The toxicity of the press...Harry said there's an "invisible contract" between the royal family and the press (think: wining and dining in exchange for positive coverage). He also drew parallels to the treatment of his mother, the late Princess Diana – who died in a car crash as the paparazzi chased after her.

Relationships...Things are complicated between Harry and his father. And between Harry and his brother. And at one point, between Markle and Kate Middleton – but not for the reasons the press talked about. Markle also said the institution was "willing to lie to protect other members of the family." But that they "weren't willing to tell the truth to protect" her and her husband.

Some good things...Like the reference to "The Little Mermaid." The discovery that the couple is expecting a girl. That Meghan and Harry got married their own way. That they're proud of each other for coming out on the other side of this. And that their story has an ending "greater than any fairy tale you've ever read."

Buckingham Palace...has yet to respond to the interview. But Harry and Meghan made it clear they won't live in fear.

The COVID-19 relief package. On Saturday, the Senate passed the $1.9 trillion coronavirus stimulus bill along party lines. Here's what's in it: $1,400 direct payments to Americans making under $75K, a $300 weekly federal unemployment bonus, and a child tax credit up to $3,600. What's not: a $15/hour federal minimum wage increase. Democrats want Republicans to join them in making moves. Republicans are worried about the price tag. The Dem-led House is expected to vote on the bill as soon as tomorrow, where it's expected to pass.

Where there could soon be a dress code...

Switzerland. Yesterday, voters narrowly approved a 'burqa ban.' The measure doesn't mention Muslim women's dress by name. But it doesn't have to. The proposal, backed by the right-wing Swiss People's Party, will ban face coverings (niqabs, burqas, and ski masks) in public spaces. But it doesn't see a problem with face coverings for public health reasons (like face masks for COVID-19). Discrepancy, noted. Right-wing lawmakers say the Muslim face coverings are a symbol of repression. And will get to decide what women wear (or don't) instead. Officials will now begin drafting legislation to put the ban into effect.

Amanda Gorman. On Friday, the country's first youth poet laureate said she was racially profiled by a security guard. Gorman – who performed at President Biden's inauguration – said she was walking home when a security guard "demanded" she prove she lives at her building because she looked "suspicious." Gorman called it the "reality of Black girls" that they can be called an icon one day and a threat the next. And said she'll continue to fight for Black Americans who deal with discrimination every single day.

Who Beyoncé has given her Halo to…