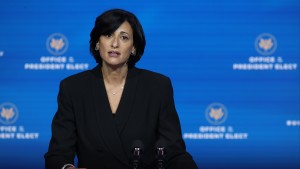 You Vaxed, We Answered

If you're fully vaccinated and you know it, clap your hands.

Well, you're not alone. The CDC considers someone fully vaccinated two weeks after they've received their single-dose shot (of Johnson & Johnson) or their second shot (of either Pfizer or Moderna). As of now, that's less than 10% of the US population. President Biden said 'I'm working on it' and hopes to have enough doses for every American adult by the end of May. (Shot girl summer, here we come.) In the meantime, the CDC's saying 'if you've been fully vaccinated, listen up.' Here's...

What you can do now…Hang out with other fully vaccinated people indoors, no mask, no social distancing. Pop in to say 'hi' to friends and family who may be unvaccinated but are at low risk of getting severely ill from COVID-19. Say 'hasta la vista, baby' to quarantine and testing if asymptomatic after being exposed to the virus.

What you still shouldn't do…Go maskless in public. Get too close to strangers. Forego the precautions near unvaccinated people who are at high risk of getting severely ill from COVID-19. Plan a big party. Travel.

So if I'm vaccinated and do all this I'm good?

Not necessarily. Some variants may reduce vaccine efficacy. It's also not clear how likely vaccinated people are to spread the virus (stay tuned for more info). Hence, the CDC's conflicting advice: hang out with some people indoors, mask up outside. The CDC thinks the benefits of reducing social isolation may outweigh some of the risks. But people have to make their own call.

We're not at a place where vaccinated people can go back to fully living out their pre-pandemic lives (remember "large-sized crowds"?). But the CDC's message is clear: vaccines are a crucial tool in getting the country a little closer back to normal.

PS: On last week's episode of "Skimm This," we spoke with CDC Director Dr. Rochelle Walensky about vaccines, double-masking, and what it will take for schools to reopen

Who still has people talking…

Meghan Markle and Prince Harry. Yesterday, Oprah dropped more bombshells from her interview with the couple. Meghan and Harry's explosive tell-all exposed the racism and mental health struggles they faced during their time with the royal family and British tabloids. And raised eyebrows everywhere when they shared that family members had "concerns and conversations" about their baby Archie's skin color. Now, Oprah's saying Harry made it clear that Queen Elizabeth and Prince Philip were not involved in those conversations.

Senegal. Since last week, the West African nation has seen protests following the arrest of opposition leader Ousmane Sonko. Authorities arrested Sonko on accusations that he raped a beauty salon employee. But Sonko denied the allegation, and said current President Macky Sall was trying to derail his 2024 presidential bid. Sall reportedly said 'wasn't me,' but history shows he's been accused of this before. Thousands took to the streets in anger, calling for Sonko's release. At least eight people died in clashes with police – marking the worst unrest in one of West Africa's most stable democracies in a decade. Sonko was released but protests could continue this week.

President Biden. Yesterday, he signed two executive orders aimed at closing the gender equity gap on International Women's Day. One forms a White House council to coordinate federal policies on things like closing the gender wealth gap, supporting women in STEM, and reducing gender-based violence. The other EO calls on the Education Dept to review how colleges and universities handle sexual assault allegations.

Whose programs you'll have to add to your binge-watching list…