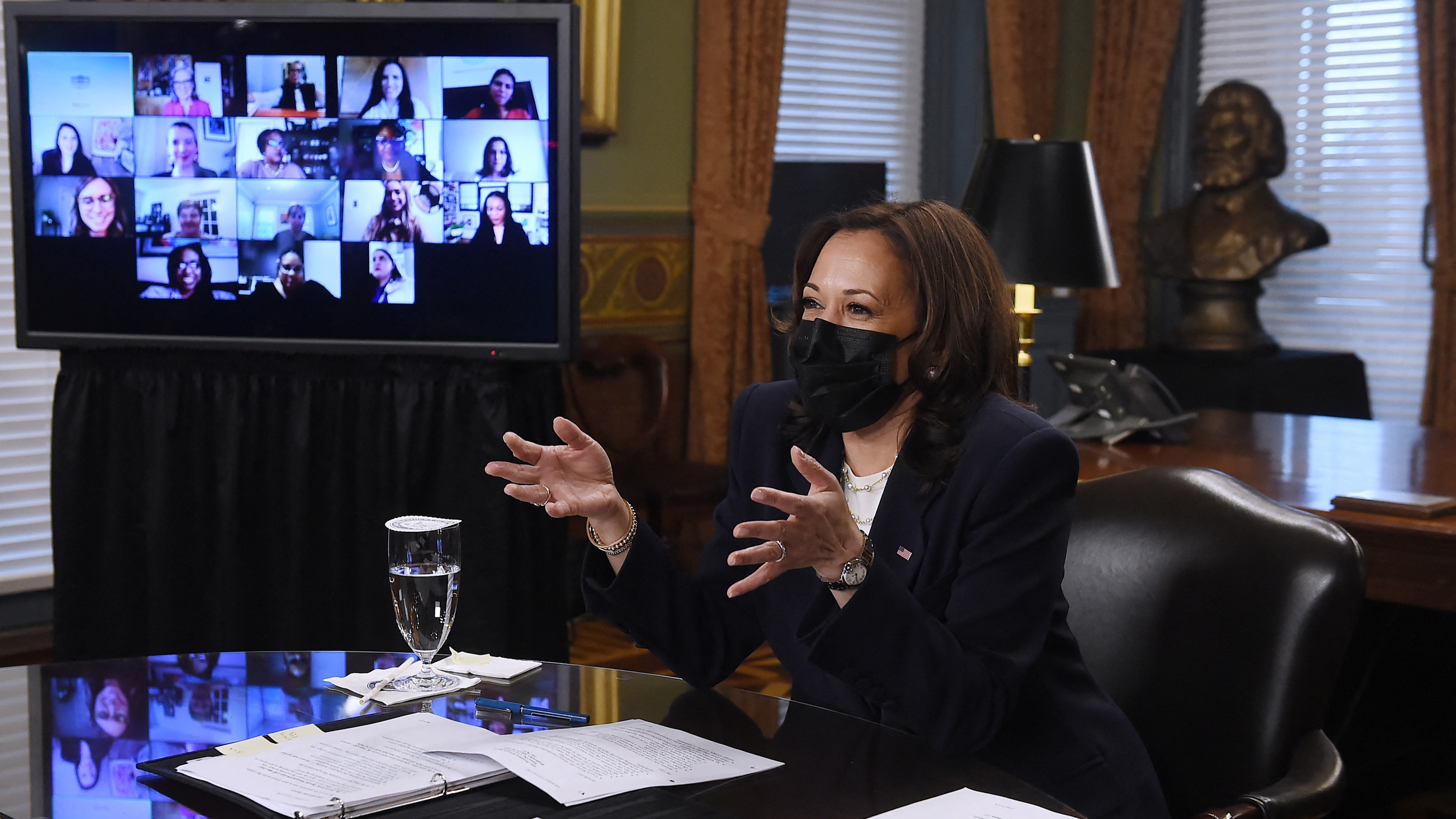 VP Kamala Harris has a big project on her to-do list.

She's now the White House's point person on immigration at the US-Mexico border – where there's been a surge in migrants. Since February, immigration officials have encountered over 100,000 migrants – the highest number since 2019. The number of unaccompanied migrant children has reportedly surpassed 15,000. There've been reports of inhuman conditions at overcrowded facilities. And nearly 2,900 children tested positive for COVID-19 in the past year. The Biden admin's approach to the border has gotten criticism from both sides of the aisle. Yesterday, the Pentagon agreed to house migrant children at two military bases. Now, the admin's tapping Harris to take the lead.

What exactly will she be doing?

First, she'll try to curb the flow of migrants by getting to the main reasons behind migration (think: understanding why people are trying to leave their country in the first place). Second, she'll work to strengthen relationships with Mexico and the Northern Triangle countries (El Salvador, Guatemala, and Honduras) where many migrants are traveling from. In the past, President Biden proposed investing $4 billion over four years to help address things like violence and gov corruption in Central America – reasons why many are fleeing and heading to the border. But Congress has yet to appropriate that money.

That it's a tall order. One that Biden himself was tasked with under former President Obama. And which critics had called unsuccessful. Some also highlighted the problems with pumping money into other countries, saying it could fuel corrupt leaders and lead to a more unstable economy. Especially since many of these countries face rampant gov corruption, and it's not clear that the money would go toward helping its citizens. But Harris said the US "must address the root causes that cause people to make the trek."

Biden campaigned against former President Trump in part by highlighting the crisis at the border. Now, after weeks of concerns over Biden's own handling of the situation, he's putting the responsibility squarely on Harris's shoulders.

Who may have rounded up...

AstraZeneca. Yesterday, the pharma giant said its two-dose vaccine is 76% effective in preventing symptomatic COVID-19. Earlier this week, federal health officials called AstraZeneca out for using "outdated" info when it claimed its vaccine was 79% effective. Now, AstraZeneca is saying 'oops, we overshot' with its latest results. But it says the data still shows it's 100% effective in preventing severe disease and hospitalization. Federal officials have yet to weigh in on whether they're satisfied. But the co plans to apply for FDA approval in the coming weeks.

Myanmar. Earlier this week, its military shot and killed a seven-year-old girl in front of her father – making her the youngest known victim in the country's deadly coup. On Feb 1, the Myanmar military arrested civilian leader Aung San Suu Kyi and declared a state of emergency. Since then, there have been reports of the military killing innocent protesters and torturing political prisoners. A human rights org says at least 275 people have been killed – including more than 20 children – and thousands have been arrested. The military has defended its response and blamed protesters for the unrest. The US and the EU have imposed sanctions against the military. And the UN's reportedly calling for "accountability for all the crimes and human rights violations."

Dr. Rachel Levine. Yesterday, she got the go-ahead to serve as assistant secretary of health, making her the first and highest-ranking openly transgender fed official to get the Senate's confirmation. In a statement, Dr. Levine addressed transgender youth, saying "I will do everything I can to support you and advocate for you.

What's in a crew-cial situation…

The Suez Canal. On Tuesday, the waterway in Egypt became the site of a global traffic jam after a massive container ship got stuck during a sandstorm. Tugboats have been trying to nudge the 220,000-ton ship and prevent disruption to a canal that is a pathway for 10% of the world's trade. No oar-dinary feat.

Who's allegedly the real shrimp in the Cinnamon Toast Crunch saga...