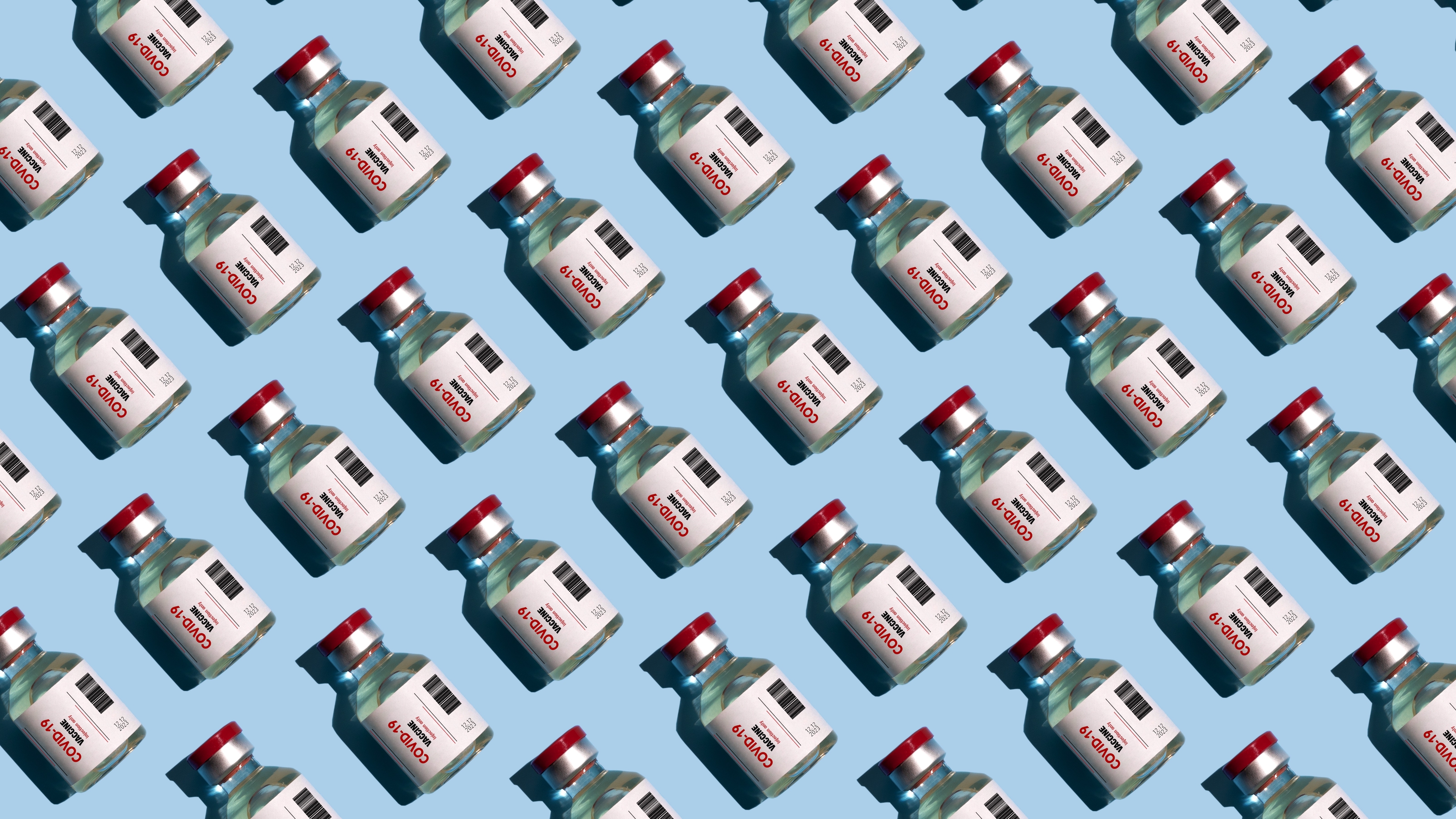 Neither can a lot of people – but patience is key when trying to score an appointment (more tips here). The US has already pricked over 30% of the population at least once, with over 165 million doses administered since December. Now, President Biden is saying every American adult (18+) should be eligible by April 19 – nearly two weeks earlier than the original May 1 deadline. The expanded eligibility is welcome news, especially since the contagious UK variant (B117) has spread to all 50 states. And speaking of states, they've all got their own agenda.

Over 30 have already opened up the vaccine to all adults (some even as young as 16). And California, which plans on doing that April 15, is already California Dreamin' about the future. Yesterday, Gov. Gavin Newsom (D) said he wants the state's economy to fully reopen by June 15 – as long as hospitalizations stay low and vaccine supplies stay afloat. Also eyeing the economy: the IMF. It's saying the global economy is recovering faster than expected because of the rising number of vaccinations. But that poorer countries are still being left behind.

Despite the COVAX initiative, poorer countries have had a very slow (sometimes non-existent) vaccine rollout. And it's got some people worried about "vaccine passports" (passes for the fully vaccinated to live like in the Before Times). The WHO doesn't support their use, saying the docs raise equity concerns considering some countries may not have widespread vaccine access until 2023, if at all. Israel's got a vaccine passport system. China, Japan, and the EU are saying 'we're thinking about it.' Meanwhile, the Biden admin's saying 'that's not for me to decide,' and is leaving it to states to figure it out – like Texas, which just banned it, and New York, which is all for it.

The Biden admin's hoping to get the country closer to normal just in time for Independence Day. But while things are looking up, it's important to not let our guard down.

PS: We Skimm'd the CDC's guidelines for people who are fully vaccinated against COVID-19.

Where transgender rights are getting restricted…

Arkansas. Yesterday, state legislators voted to override Gov. Asa Hutchinson's (R) veto on an anti-trans bill. Last week, the Republican-led legislature passed the SAFE Act – banning doctors from providing trans youth with gender-affirming medical care (think: puberty blockers, transition surgery). Doctors who don't abide by the law can lose their medical licenses. Hutchinson vetoed the bill, saying it was "vast government overreach." But state lawmakers said 'we don't need you.' And are moving forward with the bill anyway – making Arkansas the first state in the country to pass such a ban (though others could follow). The law's expected to go into effect in July.

The International Olympic Committee (IOC). It's been accused of contracting a Chinese company with links to cotton from the Xinjiang region to create uniforms for the Tokyo and Beijing Olympics. Problem, because over half a million Uyghurs and other minorities there have been reportedly forced to pick cotton in labor camps. The company apparently told the IOC the uniforms don't use cotton from Xinjiang, despite it openly advertising other products with that cotton. Yesterday, the State Dept said it's working with other countries on a unified approach against China's alleged human rights abuses. And denied a boycott of the Beijing Olympics in 2022.

...Oh and speaking of the Olympics, North Korea decided to skip the Tokyo Games this year over COVID-19 concerns.

Science. NYC surgeons successfully performed the first windpipe transplant in the world. The transplant was for a woman who suffered severe asthma and needed a new trachea to better transport air to and from her lungs. Now, doctors say this medical feat could help COVID-19 patients who suffered damage to their windpipes after being on ventilators.

Who's between the Rockies and a hard place...

MLB. This week, the org announced it was moving the All-Star Game from Atlanta, GA, to Denver, CO. The switch is to pushback on the Peach State for its new voting restrictions.

When the CDC holds a face mask design competition...