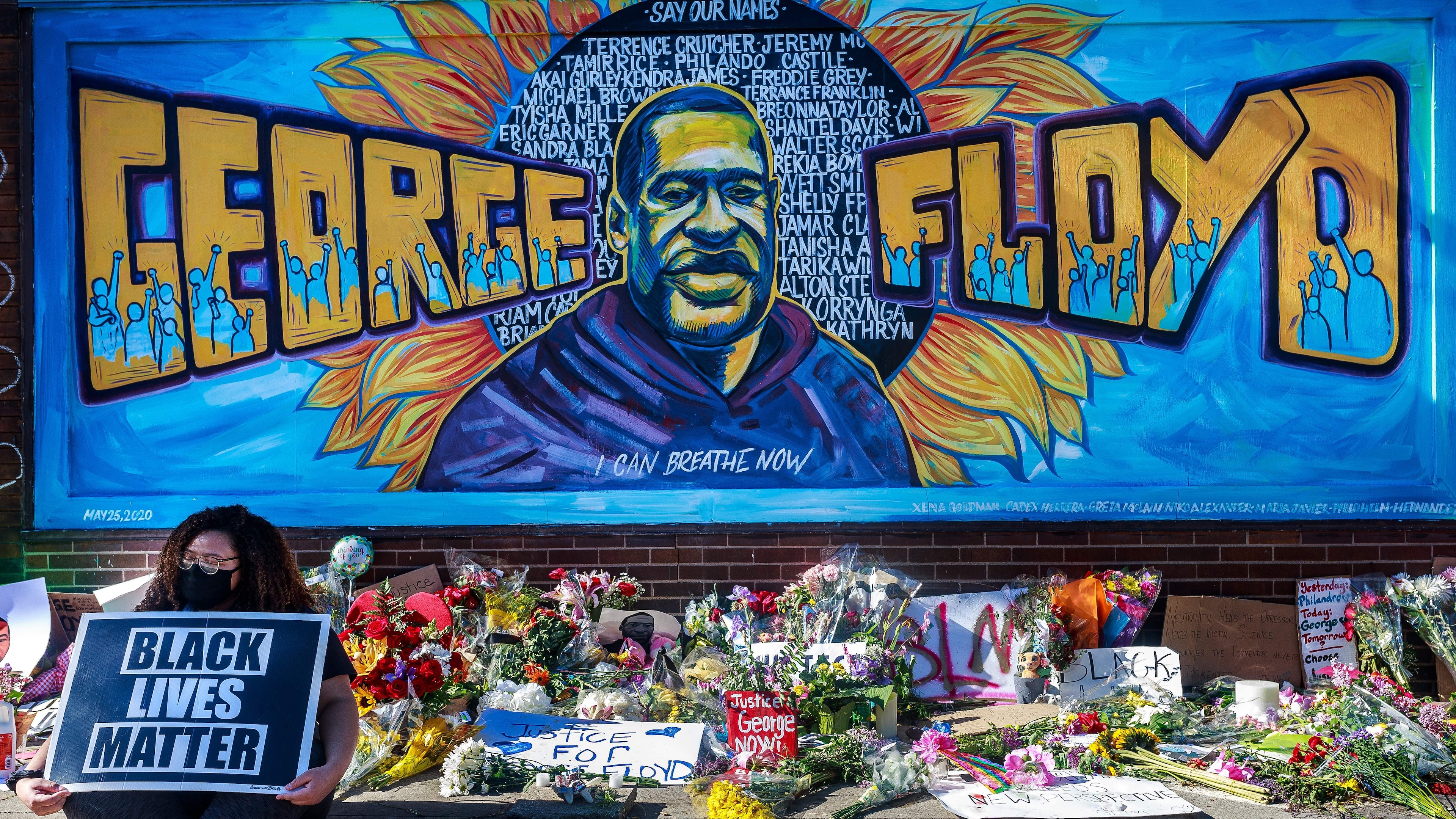 One year ago today, George Floyd was murdered.

On May 25, 2020, former Minneapolis police officer Derek Chauvin killed George Floyd by kneeling on his neck for 9 minutes and 29 seconds. The 46-year-old Black man cried out "I can't breathe" 27 times. Video of his murder went viral and reinvigorated the Black Lives Matter movement. Floyd's name and last words became a rallying cry at protests across the country and the world. In the past year, the US grappled with its record on race. And European countries joined in on examining their own racist and colonial past.

There's been some change toward police reform. At least 17 states have banned or restricted police use of chokeholds. More than 20 major US cities (think: LA, Seattle, Austin) cut their police budgets in some way. Some have reinvested the money into services like mental health and housing programs. And in a rare moment of police accountability, Chauvin was found guilty of all charges (including second-degree murder). He will be sentenced next month. But many families – like those of Breonna Taylor, Daniel Prude, and Ronald Greene – are still waiting for justice.

So there's more to be done.

Right. In the first five months of 2021, one analysis found that 353 people died at the hands of law enforcement. A report by human rights experts found that the US's deadly police killings of Black Americans could amount to crimes against humanity. And called on officials to act. But Congress is likely going to miss President Biden's deadline to pass the George Floyd Justice in Policing Act. Meanwhile, some states are going the opposite route – like trying to punish cities that vote to cut police funding, or banning lessons on critical race theory (more on that here). And some lawmakers still maintain the US "is not a racist country" – despite an alarming rise in hate crimes and the pervasiveness of white supremacy.

On the anniversary of George Floyd's death, Americans are reminded of the long fight ahead to reach true justice.

Who just broke a glass ceiling in a tent...

Fiame Naomi Mata'afa. Yesterday, she was sworn in as Samoa's first-ever female prime minister...in a makeshift tent. Since 1998, the Pacific island nation has been ruled by the pro-Beijing Tuilaepa Sailele Malielegaoi. But in April, Mata'afa's party tied with incumbent Malielegaoi's in the general election. A vote in favor of Mata'afa broke the tie, making her Samoa's first female PM. Surprise: the guy in charge for 22 years didn't want to make room. And the Supreme Court had to intervene to tell Parliament to do its job. But yesterday, when Mata'afa showed up for work, the doors to the legislature were locked. Mata'afa didn't let that stop her. She set up a tent and got sworn in outside. Now, the UN says it'll step in and help solve the power struggle if asked by either party.

Belarus. Yesterday, the EU sanctioned the Eastern European country for diverting a plane to arrest an opposition activist. On Sunday, a Ryanair flight from Greece to Lithuania landed on Belarusian soil amid warnings of a bomb threat. But that turned out to be a ploy to arrest Roman Protasevich, a passenger on the flight and an opposition journalist critical of Belarusian President Alexander Lukashenko. Now, the EU is banning all Belarusian airlines from flying within the 27-nation bloc, urging EU countries not to fly over Belarus, and calling for Protasevich's release. Belarus maintains they've done nothing wrong.

This milestone. Yesterday, a team of scientists revealed that they partially restored the eyesight of a man with retinitis pigmentosa – a genetic disorder that leads to blindness. For the first time in decades, he was able to see small objects like a staple box and notebook. How? Gene therapy. Scientists inserted genetically engineered viruses into the man's eyes, which helped create a light-sensitive protein in the retina. Throw on some specialized goggles, and the incoming light is transformed into images that are read by the new proteins. After 13 years of work, this could pave the way for treating and restoring genetic blindness. Talk about true visionaries.