Daily Skimm: Bouncing Back, UFOs, and a Texas Valedictorian on the Abortion Ban 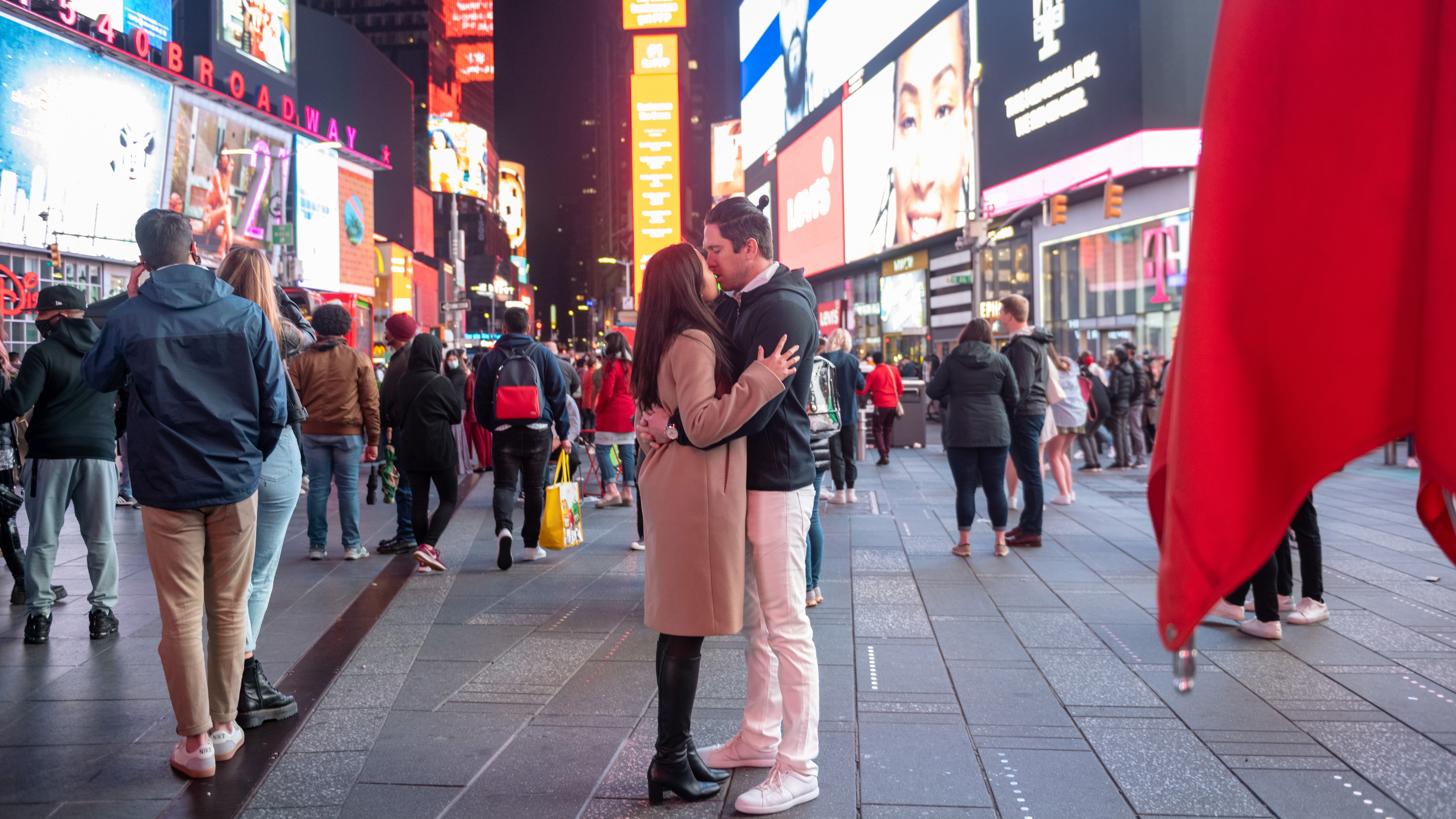 The US is getting its groove back.

Get down on it.

It's been a whirlwind. At the height of the pandemic, the US unemployment rate reached nearly 15%. And at one point, the country saw an average of more than 3,000 virus-related deaths every day. But since March, a slew of states across the country have eased mask mandates and lifted restrictions. And more than half of all US adults are fully vaxxed against COVID-19. It all appears to put the US on a positive trajectory. Here's how things are going:

Wallet check...Travel and spending are up. New unemployment filings are down to the lowest level since the pandemic began. WFH is going hybrid for many companies. And your Venmo and Cash App are probably seeing more activity. Still, the US's economic state isn't where it was pre-pandemic. The service industry is struggling to find workers – who are saying 'maybe pay us more.' And companies are debating whether to mandate vaccinations (more on that here).

Health check...Cases are at their lowest level in almost a year. In the past week alone, daily cases reportedly fell nearly 30%. And in the Midwest and Northeast, states have reportedly seen a more than 50% drop over the last two weeks. In 12 states, 70% of US adults have received at least one dose of a vaccine. But others (like Alabama and Mississippi) are lagging behind – less than half of their adult population have received a dose.

Vibe check...Hugs are making a comeback. Social cals and reservations are back. And wedding season is upon us once again. Being a social butterfly can lead to an endorphin boost. But the pandemic took a toll on many people's mental health. There was an uptick in people experiencing anxiety and depression (think: reports of symptoms quadrupled). Especially for working moms. So, if you're feeling newfound "reentry" anxiety, you're not alone.

So is it safe to say we're in the After Times?

Don't jinx it. Earlier this week, President Biden announced a "national month of action" to get 70% of American adults partially vaxxed by July 4. And he's also laid out a plan to spread the vax love abroad, sending 25 million doses to countries in need. In the US, at least half a dozen states have some kind of vaccine lottery program to nudge people to roll up their sleeves. States like New York and Ohio are offering scholarships or cash. West Virginia's offering guns and trucks. And companies are offering anything from free flights for a year to beer to lure people in. 'Murica.

COVID-19 hasn't entirely disappeared, and progress isn't equal across the US. But America is starting to look more like it did before the pandemic struck, and that's something to celebrate.

PS: The latest episode of "Skimm This" goes into how the US can turn the global vaccine shortage around.

What's giving us nothing to ET phone home about…

US intelligence. For the past two decades, US military personnel have reported dozens of unexplained UFO sightings. Or as they rebranded it down at the Pentagon to sound so very serious, "unidentified aerial phenomena." Last year, lawmakers included a provision in a coronavirus package and spending bill calling on fed officials to look into the UFO reports, to the delight of people in tin hats everywhere. That report is due later this month. But in the meantime, we're finding out clues. Officials are reportedly saying that there's no evidence aliens are responsible. So, as one congressional aide put it, people hoping for "visual evidence of little green men" are "almost certainly" going to be disappointed. But intelligence apparently still can't rule it out. Another theory is that some of these flying objects could come from Russia or China – a big national security concern.

"Race-norming." Earlier this week, the NFL said it'll stop using "race-norming" in concussion settlements. It's a practice that uses different standards for dementia tests for Black players vs white players. Think: it assumes that Black players have a lower level of cognitive function, so they have to show a greater level of cognitive decline than white players in dementia claims. Let that sink in. In August of last year, two former players filed a civil rights suit. They said they were discriminated against and denied a payout during a $1 billion concussion settlement between the league and retired players. Now, the NFL is saying it'll commit itself to eliminating the practice. But it's unclear what the league's next play will be. One retired player called the whole thing "classic systemic racism."

Infant sleepers. Earlier this week, the Consumer Product Safety Commission announced that infant sleep products must meet fed safety standards. The change effectively bans a range of baby gear (think: bedside sleepers, bassinets, and inclined sleepers) – linked to more than 100 deaths. It aims to crack down on products that have gone unregulated and have seen recalls. But starting next year, this new rule requires any product marketed for sleeping babies to meet a federal safety standard.

Who says 'sharing is caring'…

Amazon. The company is building a WiFi network called Amazon Sidewalk...that will rely on its customers' networks. It'll band(width) together neighbors' connections to help Amazon devices (think: Ring and Echo) work outside the home. But there's some privacy concerns. If it's not your vibe, here's how to opt out.

Who's addressing the elephant in the room…