Daily Skimm: Inflation Nation, Germany, and "In the Heights" 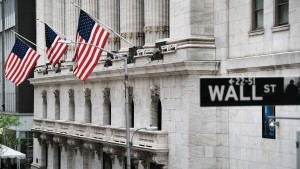 Better Have My Money

The US economy's dealing with some highs and lows.

When the coronavirus first hit, the US shut down. Businesses closed their doors, restaurants cleared the tables, hospitals became overwhelmed, and we all slipped into something a little more comfortable. At one point, over 30 million Americans were unemployed. Many scrambled to pay their bills despite some government help. Now, more than a year later, there's some good and bad news...

The US is having a supply and demand problem. Think: there are more buyers than there are goods to buy. Multiple industries are facing shortages of things as important as microchips and as asinine as ketchup. Prices for flights, food, clothes, and gas are soaring. And hospitality workers are saying 'no thanks' to going back to underpaid jobs. We're seeing the highest annual inflation rate in nearly 13 years.

Tell me some good news.

After a year of lockdown, people are ready to get out of their houses. Packed bars, first dates, and wedding season – Americans are ready to live like in the Before Times. Well, at least the fully-vaccinated ones are. The Biden admin's letting them travel overseas to more than 120 countries. And unemployment claims dropped to the lowest rate since March 2020. On top of that, US household wealth reached a record $136.9 trillion.

Is this going to last?

Who knows. Some experts say this is a tell-tale sign of the US bouncing back after the pandemic. Others aren't sure if inflation is here to stay or if prices will stabilize. Now all eyes are on how the Biden admin will navigate it. While Democrats are hopeful prices will even out, Republicans aren't as optimistic. Meanwhile, the Fed – which sets interest rates – is expected to meet later this month to figure out a plan to address inflation.

After an abrupt shutdown, the US economy is on the mend. But it's unclear if this upward trend will last.

Psst...here's what to do with your money when inflation picks up.

What's still dealing with its past…

Germany. Earlier this week, officials announced they're disbanding an elite police commando unit. The reason: at least 18 of the officers – some of which were high-ranking – shared racist messages and Nazi symbols in a group chat. It's not the first time Germany's police force has gotten in trouble. In 2018, far-right threats against a German-Turkish lawyer were traced back to police computers. And last year, another police force was reportedly broken up for trying to cover up extremist activities by some members. Now, the officers have been suspended. And officials are apparently working to rebuild a new unit with emphasis on keeping leadership accountable.

What's got people itching for an update…

This mosquito update. Earlier this week, a medical journal said that modified mosquitoes have reduced the spread of the deadly dengue virus in an Indonesian city by 77%. Every year, dengue-carrying mosquitoes kill at least 22,000 people and infect as many as 400 million. Indonesia's reportedly one of the hardest-hit countries, with about 7 million annual dengue cases every year. Scientists use a 'miracle' bacteria (called Wolbachia) that blocks the dengue virus and infected mosquitoes with it. It's also transmitted to their offspring. (Sound familiar?) So for three years, they set up a trial to release these 'infected' mosquitoes in Yogyakarta city. And the project is not only soaring...it's working.

The West. This year, there's been a record-breaking drought across the western US (read: Arizona, California, Nevada, Oregon, Utah). And although droughts in the region are nothing new, experts say human-driven climate change is making the situation worse. Shocker. Droughts are becoming more intense and more frequent. And with hot summer months on the way, there's little relief in sight. Now, experts are turning to lawmakers and Americans to focus on change.

What we're learning more about...

The Southern Ocean. Earlier this week, the National Geographic Society officially recognized water near Antarctica as the world's fifth ocean. We sea you.

What'll give you sueños…