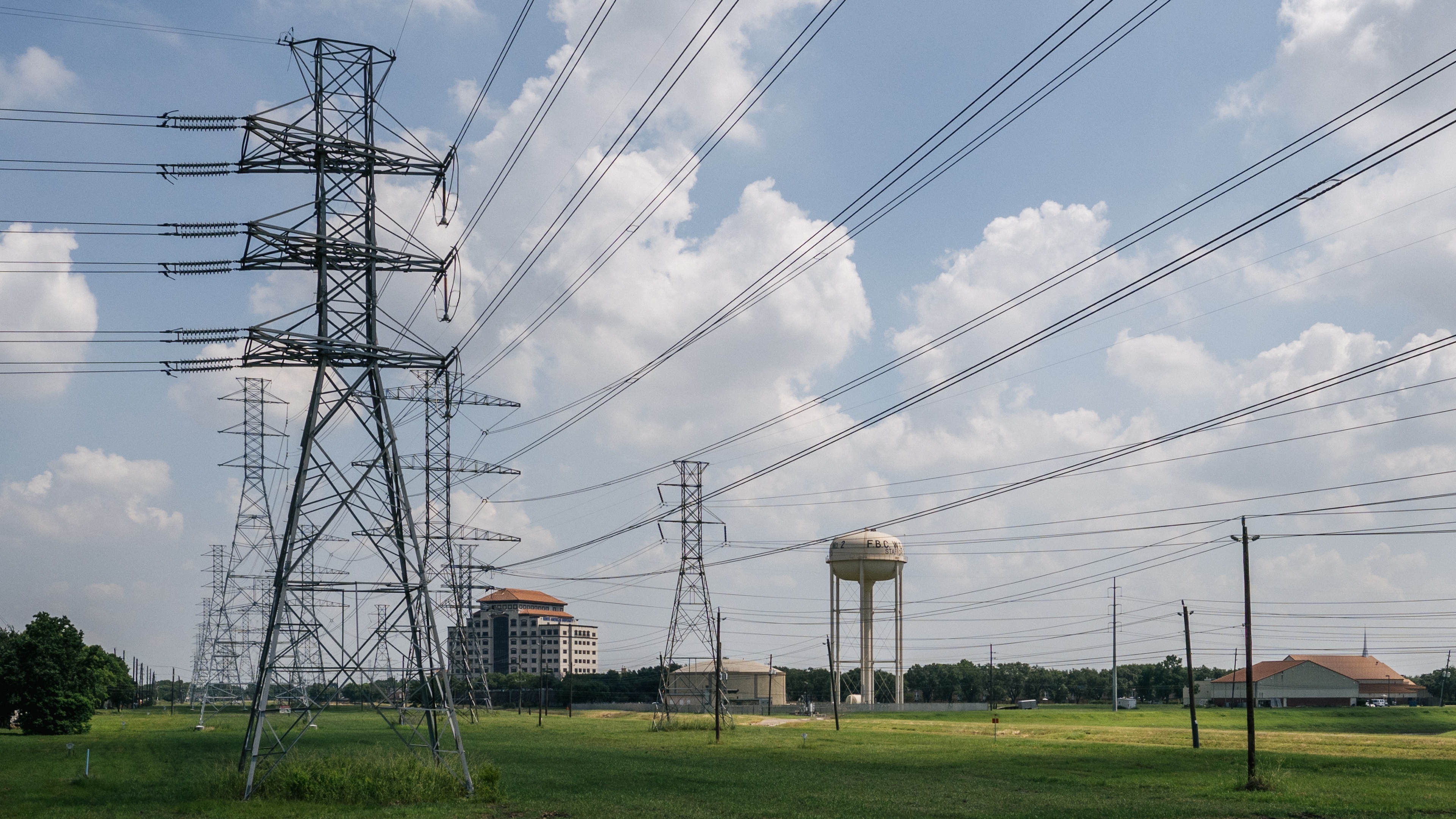 The western US is getting hit by an extreme heat wave. And Texas is especially worried.

Back in February, a major winter storm brought freezing temps, icy roads, and snow to the ill-prepared state. Texas's power grid failed, despite rolling blackouts. And millions were left without power for days – especially in communities of color. More than 100 people died from things like hypothermia or carbon monoxide poisoning. Gov. Greg Abbot (R) called for an investigation into the state's electrical grid operator. And five board members who oversaw Texas's power grid resigned. Now, the weather's done a complete 180 in the western US (think: record high temps that could near 120°F) and the state's power grid is crumbling once again.

Texas is the only state that operates its own power grid: Electric Reliability Council of Texas (ERCOT). After the winter storm, Abbott signed bills to reform said power grid. Now, as Texans blast the AC to stay cool, ERCOT's asking them to chill out. Think: setting thermostats to 78°F or higher, turning off the lights, and avoiding using large appliances (like the dishwasher) through Friday. While ERCOT says this is all just temporary, Texans have had it. And some are calling the grid operator out for its second stint of being ill-prepared. It's sparking a larger conversation about US infrastructure and climate change.

US power grids and overall infrastructure remain old, outdated, and ill-equipped to handle climate change's emerging problems. In March, the American Society of Civil Engineers gave the US a C- for its infrastructure. And engineers say it's going to take a lot of TLC (and even more money) to keep the country's roads, bridges, buildings, and (you guessed it) power grids from crumbling. President Biden introduced his own infrastructure proposal and has rolled out a new initiative to improve the power grid. But the infrastructure plan is still making its way through negotiations with lawmakers.

As summer approaches, the western US is already facing boiling temperatures – raising questions about what else is in store. And as Texas demonstrates, climate change and infrastructure are at odds.

PS: It's not just Texas. California and other western states are experiencing historic drought conditions because of the heat wave.

What's one step closer to officially getting on the cal…

Juneteenth. Yesterday, the Senate unanimously passed a bill that would make Juneteenth a federal holiday. On June 19, 1865, news of the Emancipation Proclamation began to reach enslaved people in Texas, more than two years after it had been signed. Black Americans have long honored the day. But it took more than a century for the first state, Texas, to formally mark it. Now, all states but two do, too. But this bill would take it a step further, giving millions of federal workers a day off – the first time the US would add a federal holiday since Martin Luther King Jr Day in 1983. Next up: the House is expected to pass it, but the timing is still unclear.

Israel and Gaza. Israel has launched airstrikes into the Gaza Strip. The move was in response to combustible balloons launched from Gaza that Israeli authorities say caused at least 20 fires in southern Israel. The renewed violence – the first bout since the 11-day conflict last month – came as far-right Jewish nationalists marched in Jerusalem yesterday, some chanting "death to Arabs." Dozens of Palestinians counter-protested, with some throwing stones at police – and many were met with rubber bullets and stun grenades. At least 33 Palestinians and two Israeli officers were injured.

Who's handing out a new game plan…

The Biden admin. Yesterday, Attorney General Merrick Garland intro'd the US's first-ever national strategy to combat domestic terrorism. On his first full day in office, President Biden asked for a 100-day review on the topic after the Jan 6 Capitol attack. Since then, the FBI and intel community have warned that white supremacists and extremists are the most lethal threat to the US. And that QAnon followers could join the list. Now, Garland's saying 'we've got a plan' aimed at preventing attacks like those in DC as well as Charlottesville, Pittsburgh, and El Paso.

Who's singing a lower tune…

Lin-Manuel Miranda. On Monday, the producer apologized following criticism that his latest musical "In the Heights" lacked Afro-Latinx representation in lead roles. Based on the NYC neighborhood of Washington Heights – where there's a large Afro-Latinx population – the musical largely cast light-skinned lead actors. Miranda said he's "dedicated to the learning and evolving.

What's apparently kickin' it back...