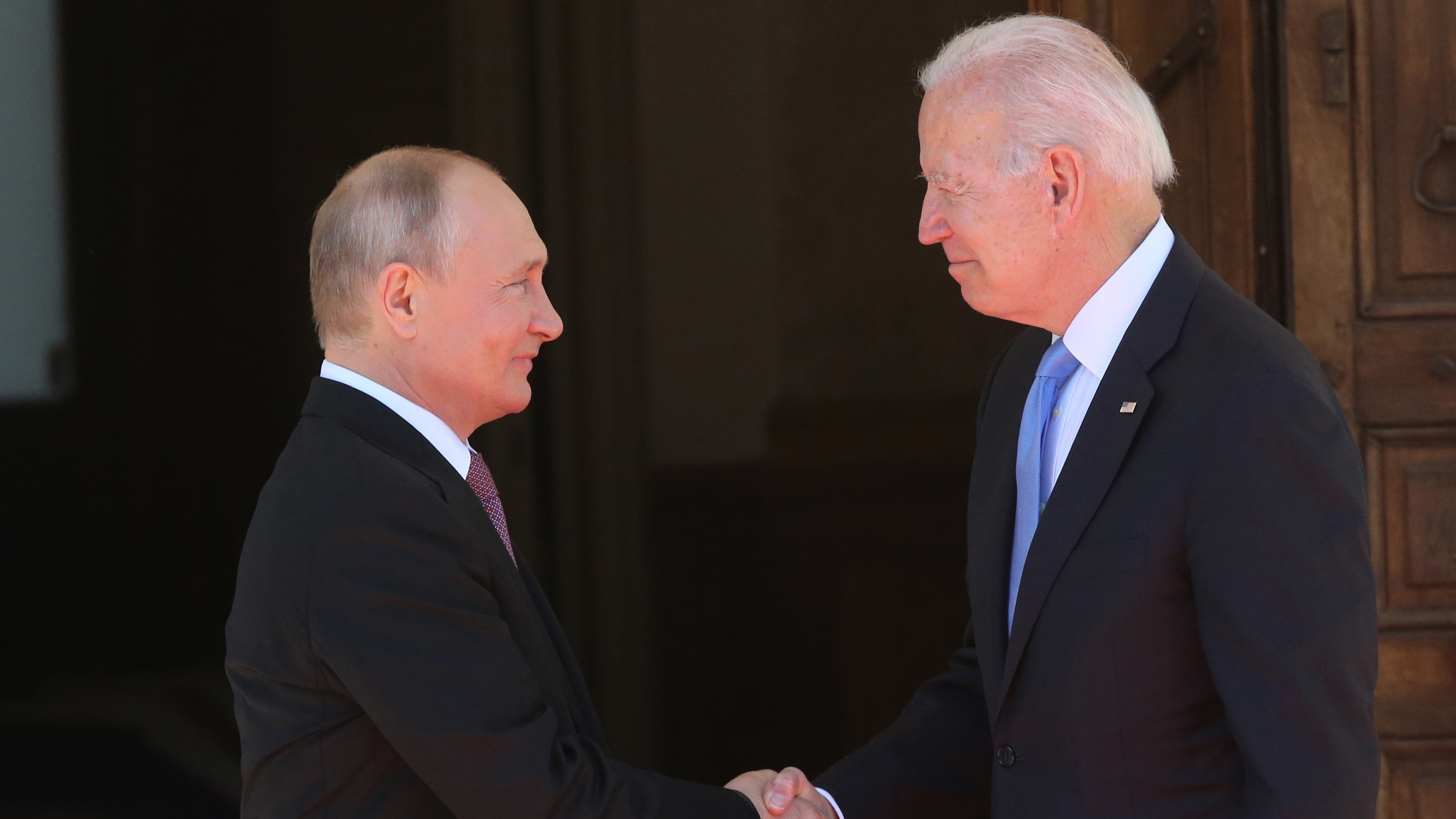 Putin It Out There

Yesterday, Biden and Putin met up in the "city of peace" (hi, Geneva, Switzerland) for their first formal meeting. Relations between the US and Russia have taken a nosedive in recent years, with some even putting the relationship at a post-Cold War low. Here are some of the tough conversations that came up during the meeting:

Cyberattacks…Last year, US ransomware attacks shot up 300% and haven't slowed down. Some of the big ones this year (think: Colonial Pipeline, Microsoft, JBS) have been tied to Russian hackers. But during the meeting, Putin said 'wasn't me.' And has denied that Russia interfered in US elections. Biden lowered his aviators and leveled with Putin. He said he gave him a list of 16 things Russian hackers absolutely can't mess with, including US energy and water infrastructure. Unclear if everything else is fair game.

Human rights...Biden brought up Russia's arrest and poisoning of opposition leader Alexei Navalny. The Kremlin's crackdown of opposition activists and the arrest of two Americans also came up. Putin reportedly defended arresting Navalny but dodged the whole poisoning part. As for the crackdowns, Putin knows how to change the conversation. He turned the subject to BLM protests, saying he doesn't want to see that kind of "disorder" in Russia. Meanwhile, Biden warned Putin of "devastating" consequences if Nalvany dies in prison.

Well, Putin called the meeting "constructive." Biden said, "I did what I came to do." Think: open up discussions that would benefit the US – and try to establish a "predictable and rational" relationship with Russia. In the end, both leaders agreed on reinstating diplomats to their respective posts. And Biden says he thinks Russia's (fingers crossed) staying away from a new Cold War. Meanwhile, Republicans accused Biden of not being tough enough on Russia during the meeting.

Three years ago, then-President Trump famously downplayed Russia's election meddling. Biden's striking a different note, bringing up human rights concerns and cyberattacks. But while mentioning 'human rights' is now enough to win points back home, the proof will be in the pudding – and whether the meeting achieved more than a photo op remains to be seen.

What's on its way to everyone's cal...

Juneteenth. Yesterday, the House passed a bill that would make Juneteenth a federal holiday just one day after the Senate unanimously approved it. Juneteenth – also called Freedom Day – commemorates the day when slavery officially ended in the US in 1865. Decades later, nearly all 50 states recognize it as a state holiday. Mastercard, the NFL, and others have embraced the holiday by giving employees the day off. 14 House Republicans voted against the legislation with one lawmaker dismissing it as "identity politics." Now, the bill's headed to President Biden's desk, who's expected to sign it. It could become the first federal holiday added to the US's cal since 1983.

Iremamber Sykap. Earlier this week, three Honolulu officers were charged with murder or attempted murder in the deadly shooting of the 16-year-old boy. In April, officers chased Sykap, who was allegedly driving a stolen vehicle linked to several crimes. Police say he ignored their commands, forcing them to shoot. But prosecutors say one officer fired 10 rounds into the car "without provocation." And that eight hit Sykap, who died at the hospital. No body-cam footage's been released. The Honolulu police chief said they're "surprised" by the charges – given that a grand jury decided against indicting the officers days before. Sykap's family reportedly says they're grateful, and that the "shooting was entirely unjustified." If convicted, the officers face up to life in prison.

Ride like hackers are watching. Yesterday, software security company McAfee warned that hackers could spy on people using the Peloton Bike+ with a USB. Yikes+. But don't run away in place out of fear just yet. Apparently public bikes in gyms and hotels were especially at risk, since hackers would need physical access to the bike to install fake Netflix or Spotify apps. McAfee warned Peloton about the problem back in March. Now, Peloton's saying 'fixed it.

What's putting some things on hold…

The Federal Reserve. This week, officials kept interest rates near zero but expect to raise rates in 2023 – a year earlier than expected. This comes as Americans are already seeing soaring prices for gas, clothes, and food. The Fed says inflated prices are likely temporary but some lawmakers worry it'll get worse.

Psst…here's how low interest rates can impact your savings, debt, and home buying or refinancing plans.

Who's got an easy drink order...

What's got bidders Under Pressure…