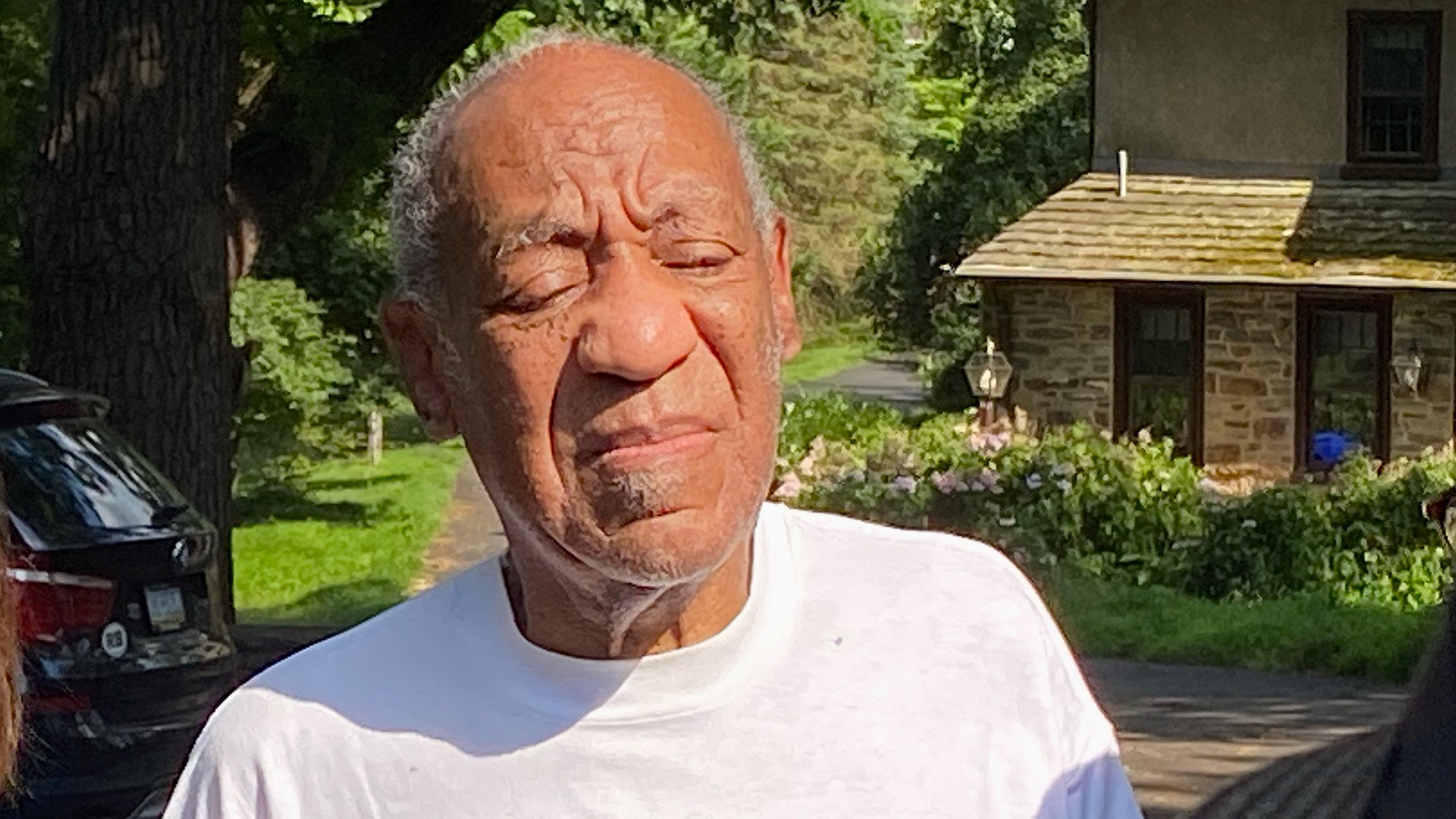 Bill Cosby's out of prison.

I need a refresher.

More than 60 women have accused Cosby of sexual assault or misconduct – dating back to the 1960s. Most of the cases were past the statute of limitations. But not for Andrea Constand, who said Cosby had drugged and sexually assaulted her in his home in 2004. In 2015, he was charged just days before the 12-year statute of limitations expired in the case. The first trial took place in 2017. But it ended in a mistrial when jurors couldn't agree after six days of deliberations. Following a retrial, Cosby was found guilty of aggravated indecent assault and sentenced three to 10 years in state prison. He's already served two years. But yesterday, the Pennsylvania state Supreme Court released him.

In order to understand why, it's important to go back further in the timeline. In 2006, Cosby had reached a $3.38 million settlement with Constand in the civil suit she brought against him. A district attorney in that case promised Cosby that any incriminating statements he made in the civil case wouldn't be used against him in a criminal one. But that's exactly what a different prosecutor did to bring the criminal charges against Cosby in 2015. Fast forward to yesterday, the PA Supreme Court said 'hold up – that violates Cosby's due process rights' (for fair treatment). Now, Cosby is a free man.

Many aren't happy. Cosby's conviction was seen as one of the first landmark cases of the #MeToo movement. Several of his 60 accusers expressed outrage and said they were "shocked" that Cosby could go free over a "legal glitch." Gloria Allred, who represented dozens of Cosby's accusers, called the court's decision "devastating" and made clear that "it did not vindicate" him. Meanwhile, Phylicia Rashad, who played Cosby's on-screen wife, tweeted that a "terrible wrong is being righted." Many were shocked by today's news...but not everyone was surprised.

Why do you say that?

Convictions in sexual assault cases are still rare – despite the #MeToo movement. Sometimes perpetrators just get a slap on the wrist (Brock Turner). At least 201 powerful people lost their jobs or major roles amid the #MeToo reckoning. But only a handful have been convicted. Think: Harvey Weinstein, Larry Nassar, Jean-Claude Arnault, Keith Raniere, and Allison Mack. In the US, an American is reportedly sexually assaulted every 68 seconds. Nearly 80% of attacks go unreported. And by one analysis, less than 1% of cases end in a felony conviction.

Amid the #MeToo reckoning, survivors of sexual assault are speaking out against their abusers. But the justice system isn't giving everyone hope for accountability.

What's got everyone confused...

The Delta variant. Yesterday, the CDC director said that fully vaccinated people are "safe" from the variant and don't need to wear masks. But that mask mandates are still up to local govs. (Los Angeles county still wants people to wear a face mask indoors.) It comes after the WHO's been saying 'not so fast' and urging fully vaxxed people to keep their masks on. Israel agrees. And the UK's pushed back its reopening date because of the rise in cases. The CDC's been in the hot seat since the beginning of the pandemic for giving Americans mixed messages. (remember the whole 'to mask or not to mask' debate last year?). Now, the CDC's saying 'we hear you, but it's fine.'

Psst...If you're unsure what the guidelines are for people fully vaccinated against COVID-19, we got you covered here.

The House. Yesterday, legislators voted nearly along party lines (222 to 190) to create a select committee to investigate the Jan 6 Capitol attack. Republican Reps Liz Cheney (WY) and Adam Kinzinger (IL) joined the Dems. But in general, the GOP has been pretty anti-investigating the attack. In May, Senate Republicans blocked a bill that would've created an independent 9/11-style commission. But Speaker of the House Nancy Pelosi (D-CA) said it's Congress's "duty" to find out the truth. Now, Republicans like Rep. Anthony Gonzalez (OH) say the committee is anything but bipartisan and independent.

Donald Rumsfeld. Earlier this week, the former defense sec died at the age of 88 from multiple myeloma. He had served under Presidents Gerald Ford and George W Bush. And was the youngest person to serve as defense sec. He was behind some of the US defense strategies during the Cold War. But the main focus of his legacy has been his handling of the Afghanistan and Iraq wars. His family said he'll be remembered for his love and the "integrity he brought to a life dedicated to country." RIP.

What's got people saying 'do somethin''...

Britney Spears' conservatorship case. Yesterday, a Los Angeles judge rejected the pop star's request to remove her father, Jamie Spears, as her co-conservator. The conservatorship – in which Spears doesn't have control over much of her affairs – has been going on since her apparent mental health crisis in 2008. In November, her lawyer filed a request to remove Spears' father from the position of control in her life. And last week, Spears gave testimony on her conditions – which now have her father calling for an investigation. But the judge denied her request, reiterating that she remains "substantially unable" to manage her finances and "resist fraud or undue influence." It's not the end of the case though: there's another hearing scheduled for July 14.

Student-athletes. Yesterday, the NCAA announced it's adopting an interim policy that will allow college athletes to make money off their name, image, and likeness starting today. A bunch of states had already planned to do so. Now, these rules are just subbing in until federal legislation or permanent ones are adopted. Gameday sounds a lot more like payday.