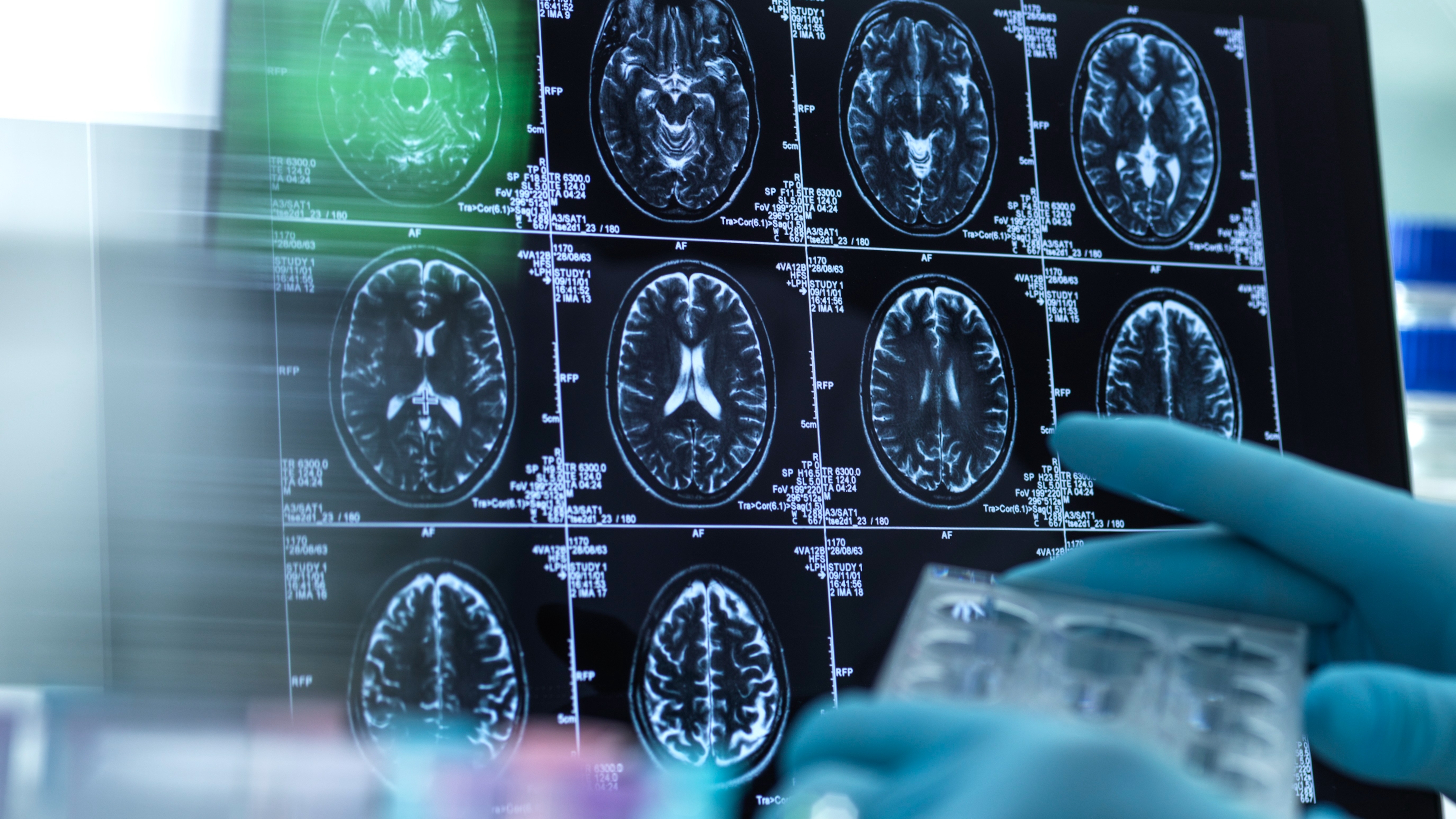 This isn't another "Black Mirror" episode, is it?

Quite the opposite. You've likely heard of prosthetics – artificial devices that replace body parts lost in accidents or as a result of illness. They can be used for limbs and even parts of the face. Now, there could be one for speech. Earlier this week, researchers from UC San Francisco said they helped a paralyzed man in his late 30s talk for the first time in 15 years. But he didn't physically speak.

Really. For months, researchers attached a speech neuroprosthetic – an implant of electrodes – to his brain. And recorded senses the body uses to speak (think: speech-related signals in your brain and motor signals telling your mouth to form words). Then, a cable carried those signals to a computer. AI tech does the rest, translating the brain signals into auto-corrected words and sentences on the screen.

Auto-correct's finally good for something.

You're ducking right. But seriously, it's a scientific milestone. The system's able to 'translate' up to 18 words per minute. And it's pretty accurate too. Researchers said the algorithm correctly transcribed nearly half of what the patient tried to say. And worked even better when he tried to say full sentences. Some examples of these 'spoken' sentences: "I am very good" and "No, I am not thirsty."

Researchers behind the implant would like to bring it closer to conversational speech (think: 150 words per minute). It could take years to develop. But it may help bring more natural communication to people with neurological diseases like ALS or cerebral palsy. And the thousands of others who are unable to talk after suffering things like stroke or injury. The man, who had been using a pointer attached to his hat to communicate, called the experiment a "life-changing experience."

As with every great tech breakthrough, there are questions about whether this could lead to privacy concerns. Like if it would be possible to hack into someone's private thoughts or if those could be shared against the person's will. But for now, it's a jolt of good news – and hope – to the thousands of people who could benefit from the tech advancement. Don't mind if we do.

Where people are getting whiplash…

Lebanon. Yesterday, Prime Minister-designate Saad Hariri gave up on trying to form a new gov – adding to the country's political crisis. Last year, former PM Hassan Diab resigned after his gov was accused of negligence in the Beirut explosion that killed over 200 people and injured thousands. So the country's former ambassador to Germany Mustapha Adib was tapped for the job. But he resigned less than a month later, after failing to pull together a gov. Enter Hariri. He'd been Lebanon's PM twice before and thought 'third time's the charm.' Except he, too, failed his mission after nine months of trying to wrangle together a gov – citing disagreements with the president. Now, Diab – who's been serving as the caretaker PM – is sticking around. TBD when a new PM will be designated.

Europe. Yesterday, at least 90 people died in Germany and Belgium after heavy flooding. Unprecedented heavy rain caused rivers and reservoirs to burst their banks, leading to flash floods. The water swept away homes. And 1,300 people are reportedly missing. Some German politicians pointed the finger at climate change for the extreme weather. And Chancellor Angela Merkel gave her sympathies to the families, vowing to help those affected.

...Oh and speaking of extreme weather, the Western US and parts of Canada are bracing for another heat wave this weekend.

Federal safety regulators. Earlier this week, the US Consumer Product Safety Commission (CPSC) sued Amazon, accusing it of selling third parties' hazardous products. On that list: carbon monoxide detectors that fail to ring the alarm, flammable kids' PJs, and hair dryers that could zap people. Yikes. Now, Amazon's saying 'wait, we got rid of those.' And that regulators didn't tell them they needed to do more.

Johnson & Johnson. Earlier this week, it recalled five of its spray-on sunscreens (Neutrogena and Aveeno brands). The reason? They had traces of benzene – a carcinogen that can cause leukemia if exposed at high levels. J&J said it doesn't know how benzene got into its products. But is looking into it. And telling customers to throw those cans out. Time to upgrade your beach bag.

While women are making a home run...

The "Space Jam" sequel is hoping for a slam dunk.