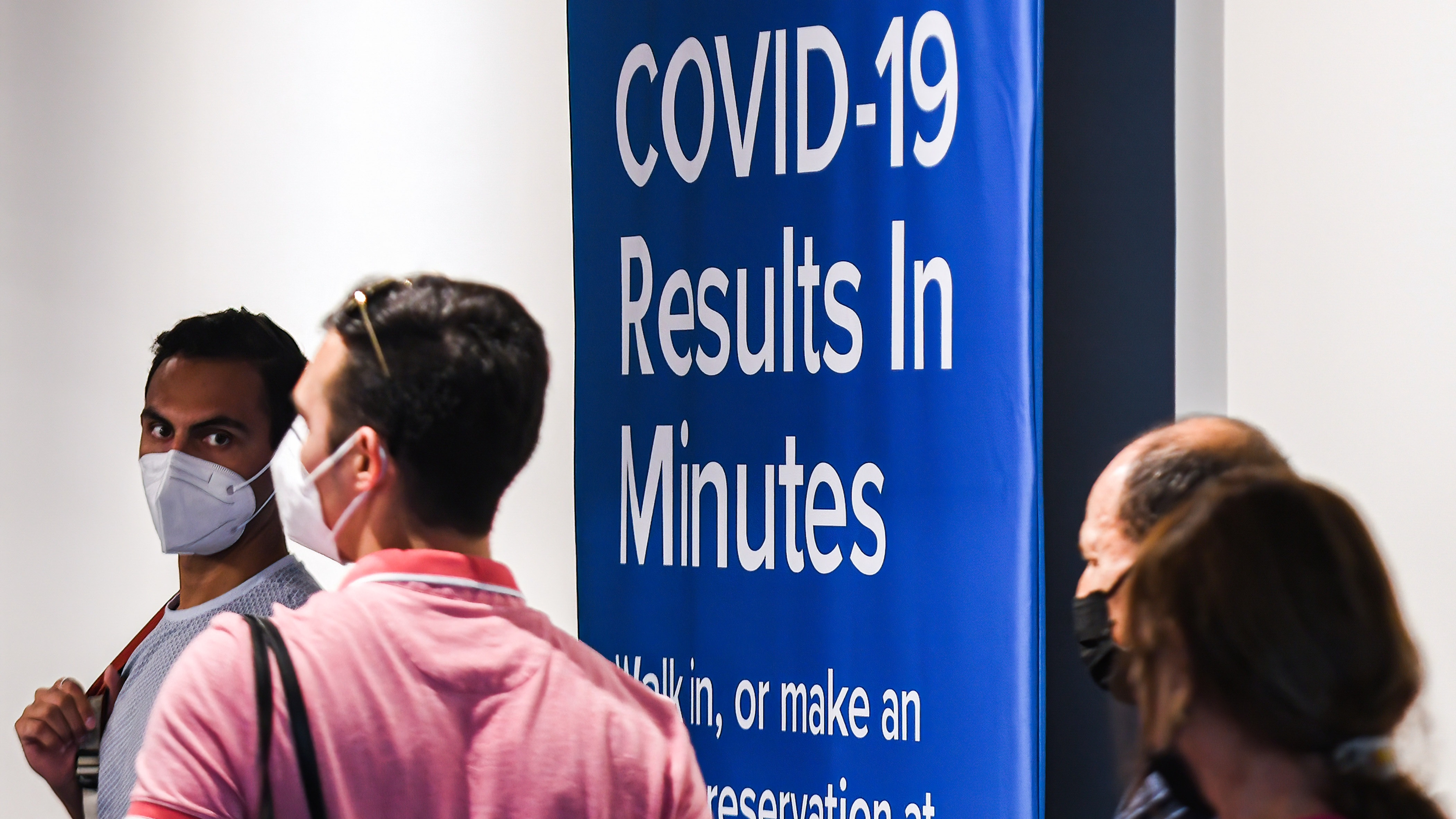 There's a showdown over masks in the Sunshine State's schools.

Last month, the CDC recommended that all teachers, staff, and students wear masks indoors – regardless of vax status. And said there's a new variant on the block – delta. Days later, Gov. Ron DeSantis (R-FL) scrapped the CDC's lesson plan – issuing an executive order that lets parents decide whether their child wears a mask in the classroom. And said any district that mandates masks could lose state funding.

Two lawsuits are challenging DeSantis' EO. And some Florida school districts are keeping masks on their 'back to school' lists. It comes as Florida's seen record-breaking COVID-19 hospitalizations for six straight days. But DeSantis says parents should have the final say when it comes to their kids. And the state's Board of Education is backing him up, allowing parents to use a scholarship to transfer their kiddos from schools where they face mask mandates and "harassment."

Florida's lax restrictions have stood out throughout the pandemic. Even as health experts are blaring the alarm on delta, some officials in the Sunshine State aren't letting the variant cloud its stance.

Hundreds of thousands of people in France have taken to the streets.

The country's new health pass. Starting today, French citizens will have to show proof of vaccination, immunity, or negative COVID-19 test for things like riding on trains, dining in restaurants, and going to venues. French President Emmanuel Macron announced the pass last month amid a surge in new cases due to the delta variant. And it worked. At least 7 million people have received their first vaccine dose since Macron broke the news. But not everyone's on board.

Over the weekend, more than 230,000 people across France protested the health pass – the fourth straight weekend of demonstrations. Anarchists, far-right activists, and anti-vaxxers have taken to the streets. Many have decried the health pass as a violation of freedom and gov overreach. Some even compared the French gov's policy to the Nazi regime. And have vandalized vaccination centers in anger. But Macron has said vaccinations are what "our freedom depends on."

Protests against health requirements aren't unique to France. Germany and Italy have seen them too. And while health experts worry about getting the virus under control, some experts worry that far-right groups could be using the anti-vax movement to their advantage

Afghanistan. Yesterday, the Taliban took hold of at least three cities including the key northern provincial capital of Kunduz. The Biden admin is preparing to wrap up the US's military efforts in Afghanistan by the end of this month – ending a nearly two-decade long war. And as American troops prepare to come home, the Taliban has captured more than half of Afghanistan's roughly 420 districts. The group first started its offensive in the rural parts of the country. But in recent weeks, it's shifted its focus to more urban areas. And now, they've got control over Kunduz – a city with over 340,000 residents about 200 miles from the country's capital, Kabul. The Afghan gov and forces are struggling to keep the Taliban at bay.

California. The Dixie Fire is now the second-largest recorded wildfire in California's history. The fire was ignited on July 13, and winds have sent the flames towards small towns. It's only 21% contained as the fire has destroyed most of Greenville and burned over 463,000 acres. With high temps and dry conditions, the fire has been able to spread far, fast. But investigators are still looking into what set it all off: On Friday, a federal judge ordered PG&E to give info on a tree that allegedly fell on one of its power lines where the fire originated. The utility company has said its equipment may have played a role and will respond to the judge's order.

Apple. Last week, it unveiled plans to scan US iPhones for images of child sexual abuse. The system will take a look at photos uploaded to iCloud. And if anything seems suspicious, an actual person will review the image. If the pic is dubbed child abuse then the user's account will be disabled and the National Center for Missing and Exploited Children will be notified. Supporters – including child advocates like Ashton Kutcher – see this move as a critical step in the right direction. Critics – including privacy advocates like Edward Snowden – see it as "mass surveillance." And a way in for hackers and foreign governments to iSpy on users.

Olympians. The cauldron's out at the Olympic Games. Team USA took home the most medals (113) and the most gold (39), narrowly beating China. A lot of that is thanks to the women, who are taking home 66 medals. Track star Allyson Felix is now the most decorated US track and field athlete in Olympic history. Simone Biles reminded us it's okay to say 'no' and prioritize our mental health. The US women's basketball team took its seventh gold medal in a row. Hot oily Tonga guy made a comeback. Fans did not. The Games were the first since WWII to be delayed (in this case because of COVID-19). And while dozens of athletes tested positive for COVID-19, it's not clear the Games served as the superspreader event many in Japan had feared. Next up: The 2022 Winter Olympics in Beijing kick off in February.

PS: We Skimm'd some of the major Olympic moments and takeaways here.

Who's apparently on cloud wine…