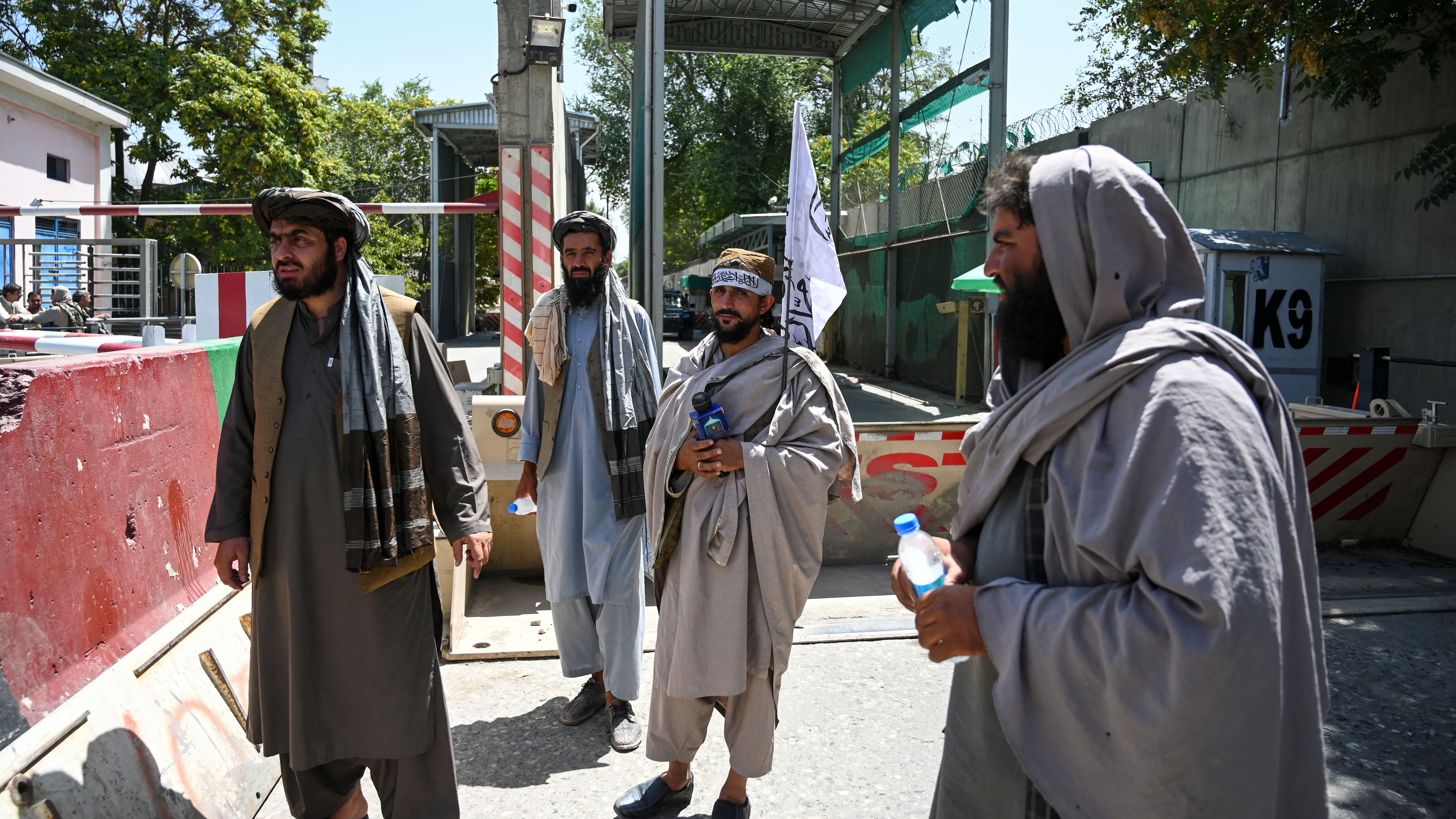 The US has been in Afghanistan since after the 9/11 attacks in 2001. Last year, then-President Trump negotiated with the Taliban to withdraw all US troops by May. The expectation being the Taliban wouldn't let terror groups in the country. President Biden said 'we need more time' and ultimately made plans to pack up by the end of the month. But since forces began withdrawing in May, the terror group has been sweeping the country, toppling at least 25 provincial capitals. That includes Kandahar (the country's second-largest city). There've been reports the group paid off Afghan officials to abandon their posts. Thousands fleeing the country have made their way to Kabul – thought to be a safe place with the western presence and embassies. But things got worse.

Yesterday, Taliban fighters entered the city and took over the presidential palace. And freed thousands of prisoners – including former al-Qaeda fighters. Afghan President Ashraf Ghani reportedly fled to Tajikistan. Traffic was at a standstill. Chaotic scenes erupted at the airport after reports of gunfire. Choppers helped evacuate US Embassy staff to the airport that the State Dept says is "secured by the US military." The Pentagon said it's sending 1,000 more troops (6,000 total) to help. And there are reports the Biden admin's limiting the number of evacuation flights for Afghan allies (think: workers who helped US officials) to prioritize Americans.

Many in the US are outraged. The Taliban was expected to gain ground after the US's withdrawal. But the speed of the Taliban's advance – and the US's chaotic exit – has left people shaken. Republicans are drawing parallels to the fall of Saigon during the Vietnam War. Afghanistan's ambassador to the US called it "an abandonment." Secretary of State Antony Blinken admitted the Taliban's takeover happened "more quickly than we anticipated." Meanwhile, Afghans feel betrayed by the US – an ally that seems to have left them to fend for themselves under a regime known to restrict rights and freedoms (especially women's). US veterans are reportedly feeling that pain too – having fought during the 20 years only to see the Taliban back in power. As for the Taliban, it's saying "the war is over."

Twenty years ago, the Taliban ruled Afghanistan. Soon, it's expected to declare the Islamic Emirate of Afghanistan. After tens of thousands of lives lost and an estimated $2 trillion, America's longest war has brought the country back to square one.

Haiti. On Saturday, a 7.2 magnitude earthquake struck the Caribbean island nation. Nearly 1,300 people have died, at least 5,700 have been injured, and more than 7,000 have lost their homes. It's the latest crisis to strike Haiti following President Jovenel Moïse's assassination last month. And comes as the island has yet to recover from the 2010 earthquake that killed at least 220,000 people. Now, Haiti officials are asking for international help as they fear a mounting death toll. And are also worried the displacement of thousands could lead to an uptick in COVID-19 cases. The US says it's deployed a response team and is coordinating relief efforts.

Where people are also grieving…

The UK. Last week, a 22-year-old man killed five people on the streets of Plymouth, England, before dying by suicide. It marked Britain's worst mass shooting in a decade. Police haven't announced a motive. But investigators have been looking into his social media history, bringing attention to his apparent alignment with the "incel" movement. Incels are "involuntary celibate" men with misogynistic views who say they've been unfairly rejected by women. The movement's driven attacks in the US and Canada. The gunman had reportedly railed against women on YouTube, calling them "very simple-minded," "arrogant," and "entitled beyond belief." (Note: Three of the victims were female, including the gunman's mother.) Police are ruling out terrorism as a motive. But many are reportedly wondering whether incel violence should be added to the UK's anti-terrorism legislation.

Where people are circling the cal...

Canada. Yesterday, Prime Minister Justin Trudeau announced the country will be holding a snap election on Sept 20 – at least two years ahead of schedule. It's apparently not uncommon for Canada to call for early parliamentary elections. Trudeau's leading a minority gov and needs the support of the other parties to pass legislation. So, he's hoping to bump up his party to a majority and that his response to the pandemic (which has earned him points) can carry his party to the top. But opposition parties are calling the early election reckless, especially as the country battles a fourth wave of the virus.

When you want more of "The White Lotus"...

Take a vacation in Paradise.