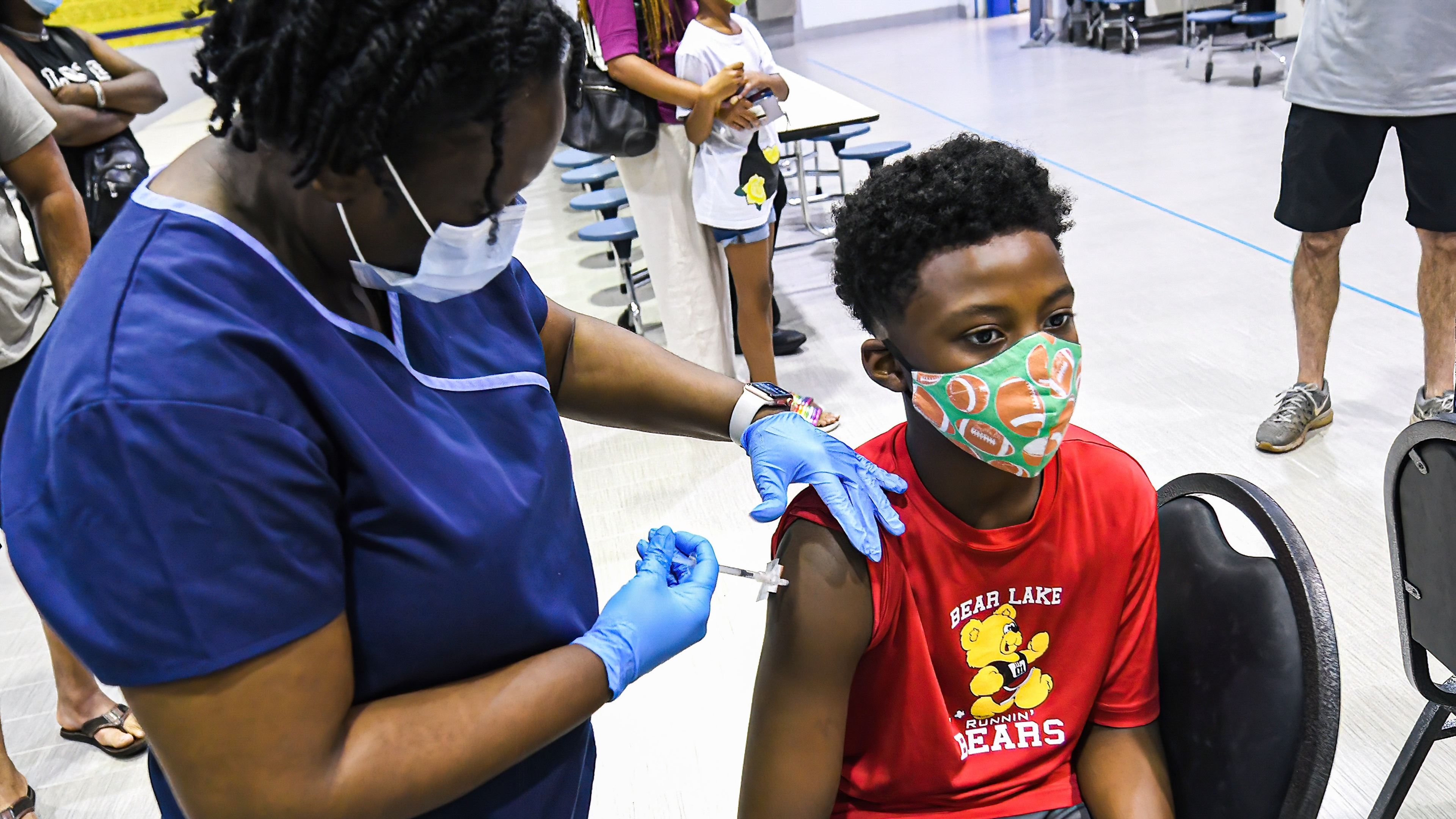 The Kids Are (Not) Alright

Since January, hospitals have seen a large increase in visits from patients under 18, according to the CDC. Same with those in their 30s. For a while, many thought the coronavirus largely spared children. And some young adults have had a sense of ‘invincibility.’ But amid delta’s spread, new COVID-19 cases are at the highest level since winter. And hospitalizations are going up too. The variant makes up over 98% of new cases – including some breakthrough infections. Now, these two younger groups – which have some of the lowest vaccination rates – are filling up hospital beds.

What does this mean for the school year?

Some schools plan to continue telling teachers and students to mask up. But others aren't seeing mask to mask. Despite pushback, governors in Arizona, Florida, and Tennessee are trying to ban masks mandates in schools. Texas, too. But the state's Supreme Court decided to not step in, allowing the mask mandate to go through. All this didn't stop some school districts from trying to find loopholes to help kiddos keep the SpongeBob masks on...and keep them safe. Colleges are having their own problems, too. Many universities are scrambling to bring back their mask mandates to boost protection against delta. And some have been taken to court over vaccine requirements.

The Biden admin’s saying ‘enough is enough.’ And told state govs that ban mask mandates that Uncle Sam will be taking “legal action.” Now, with the school year around the corner, some parents may be wondering about vaccines. So far, the FDA has only authorized Pfizer’s COVID-19 vaccine for use in children 12+. And Moderna is eyeing its own authorization. As for kids under 12, trials are ongoing. Health experts say the best way to keep kiddos safe is for adults and eligible teens to get vaxxed. And it sounds like people are listening. Yesterday, more than one million Americans reportedly got pricked in 24 hours – the first time the country's hit that number in nearly seven weeks.

The contagious delta variant has changed what people thought they knew about the coronavirus and children. But as some lawmakers, schools, and parents debate safety measures, children are caught in the middle.

PS: If your kids are going back to the classroom: We have five tips from experts on how to ease back-to-school anxiety.

Afghanistan. Yesterday, protests against the Taliban’s rule continued for the second day. And came on the country's 102nd anniversary of independence from British rule. Hundreds of Afghans – including women – took to the streets in at least three provinces, chanting things like “Our flag, Our pride” while waving Afghanistan’s national flag. But the Taliban’s been cracking down on protesters. Militant fighters fired at a crowd in Asadabad, reportedly killing two people. And beat protesters in Kabul. They also issued a curfew in Khost after protests there. The Taliban’s also reportedly upping its search for those who worked with the US and NATO forces – including former Afghan security officials. And are threatening to kill or arrest family members if their search turns up empty-handed.

PS: Our latest "Skimm This" episode breaks down how the Taliban took over so quickly, whether more people can get out safely, and what’s next for the country.

The Biden admin. Yesterday, it said it will erase more than $5.8 billion of student loan debt for more than 323,000 people. Specifically, those who are permanently disabled. The fed gov has offered debt relief for people with disabilities and limited incomes. But has required them to submit proof of their disability. And have their income monitored for three years. Now, the admin plans on doing away with those rules. Starting in September, balances will start going to $0. Advocates for students reportedly called it a “life-changing” step. Meanwhile, Democratic lawmakers are still pushing for the admin to forgive $50,000 of student loan debt per person.

Psst…here’s where everyone else’s student loans stand and how to figure out your next move.

OnlyFans. Yesterday, the subscription platform said it'd be banning "sexually explicit conduct" starting in October. Big pornblem, since the site’s known for its adult content. And rose in popularity over the pandemic because of it, becoming the source of income (even, the primary source) for 2 million people. Creators say the news is hard to swallow. But the company's move comes as it has struggled to attract investors.

What nobody asked for…