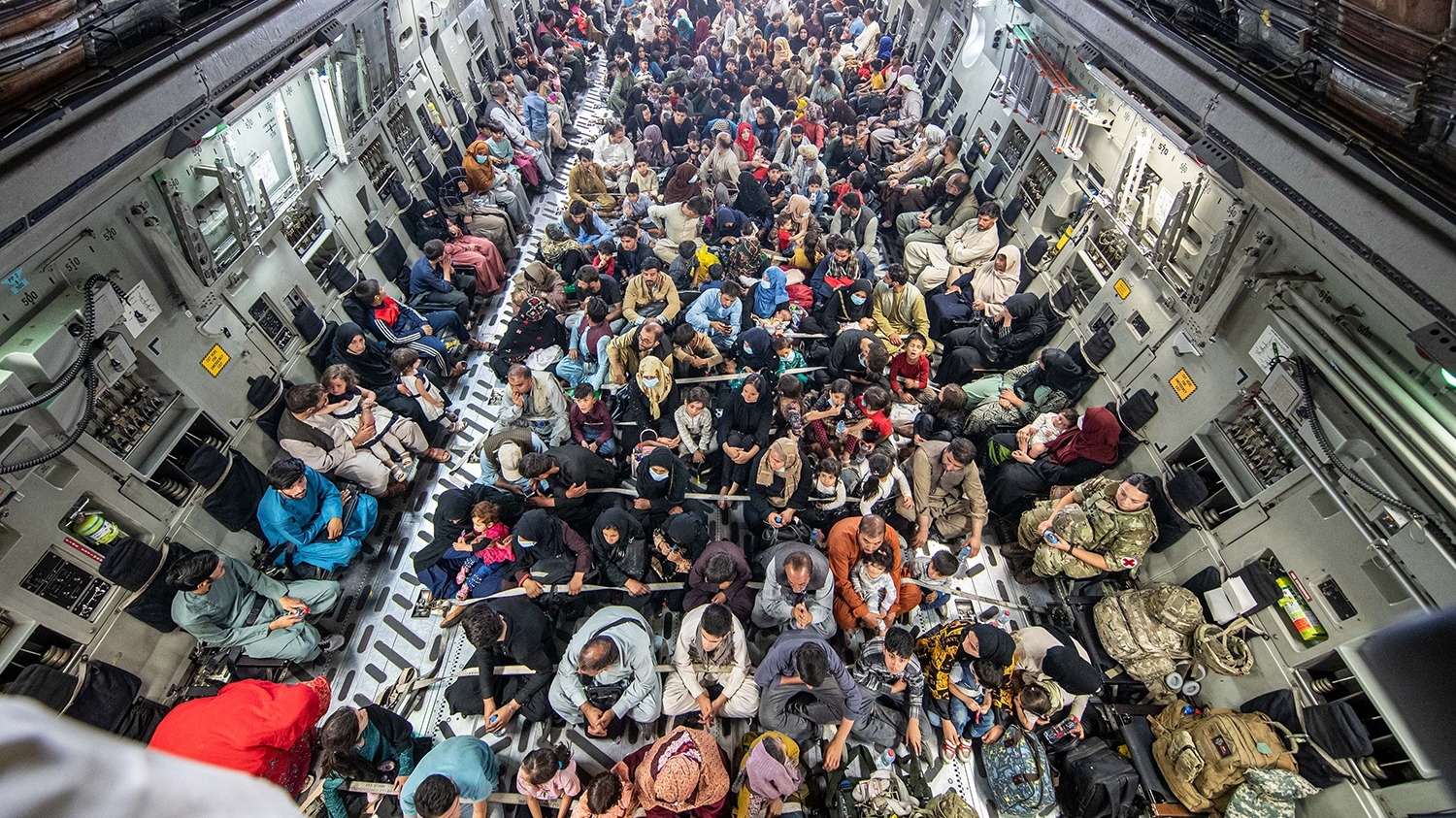 Flying in to Help

The Pentagon’s telling airlines to help with evacuation efforts from Afghanistan.

How can they do that?

Through the Civil Reserve Air Fleet (CRAF) – a voluntary program that dates back to the 1950s. When activated, it allows the federal gov to call on commercial airlines to help during a national defense crisis. The US has only used it twice before: during the Gulf War and the Iraq War. Fast forward to 2021, and the Pentagon is ordering 18 planes from six airlines (including American, Delta, and United) to get ready for takeoff. These planes won’t be flying in and out of the international airport in Kabul. Instead, they’ll carry Americans and Afghan allies from intermediary stops like countries abroad. The Pentagon says this will give military aircrafts more time to focus on Kabul operations – where the airport is still in a state of chaos.

It's been about a week since the Taliban took control of Kabul. Thousands are still crowding the airport – hoping to be evacuated to safety. At least seven Afghans were reportedly crushed to death when trying to enter the airport – including the 2-year-old daughter of a former interpreter. Families are being separated – some reportedly landing in different countries. One Afghan woman went into labor mid-air while on an evacuation flight to Germany. President Biden said nearly 28,000 people have been evacuated since Aug 14. And that he's trying to get all the Americans and their allies out by next week. Tall order, considering the admin admits it doesn't know how many Americans are still there. Meanwhile, ISIS is reportedly posing a terror threat to the airport, forcing the US military to set up alt routes to get there. But the chaos is only a fraction of what’s happening across Afghanistan.

Since last week, the Taliban has violently cracked down on protests in at least three provinces. And despite their attempt to rebrand, the group is reportedly hunting down people who worked with US and NATO forces. But in the mountains north of Kabul, the Taliban were reportedly met with a group of resistance fighters led by a local police chief – the first armed challenge to the militant group since it effectively took over. An opposition leader against the Taliban has reportedly called civil war “unavoidable.” In the meantime, humanitarian workers reportedly warn that 35 million Afghan civilians are in need of help amid rising food costs, bank closures, and little to no internet. Meanwhile, American officials say the Islamic State is an “acute” threat to Americans at the airport in Kabul. And that officials are working to stop any potential attacks there.

For 20 years, the US has spent trillions of dollars to build up Afghanistan into a country that could stand independently from the Taliban. The past week has shown that project was a failure. And the exit will be dissected for years to come.

Tennessee. Over the weekend, the state was hit with record rainfall and flash flooding, killing at least 22 people. Dozens are still missing. Thousands are without power. Some people reportedly yelled for help from their rooftops and others were trapped in cars as rising waters flooded homes. Officials issued a curfew while recovery efforts are in place – and are getting backup from the state's National Guard.

The Northeast. Yesterday, Tropical Storm Henri hit states like Massachusetts, New York, New Jersey, Connecticut, and Rhode Island, leaving more than 130,000 people without power. Henri was initially a hurricane but got downgraded to a tropical storm before making landfall. Long Islanders and southern New Englanders braced for destructive flooding and fallen trees. But the storm isn’t over yet. It's been downgraded to a tropical depression. And for now, flash flood warnings are still in place in NY and northeastern Pennsylvania.

Florida. Last week, Gov. Ron DeSantis (R) gave two school districts 48 hours to drop their mask mandates or risk state funding. Earlier this month, the governor signed an executive order banning schools from requiring masks for students, teachers, and staff. But thousands of students and employees throughout the country had to quarantine after testing positive for COVID-19 or being exposed to the virus. So two districts defied DeSantis saying ‘look at the numbers.’ Now the gov’s saying ‘speaking of numbers, let’s talk salaries.’ And told districts it’ll withhold funding until they fall in line and let people in schools mask up or down depending on their (or their parents’) preferences. Board members are apparently ready to take legal action and stand behind their mandates saying this is about protecting children.

...Oh and speaking of COVID-19, the FDA is expected to fully authorize Pfizer's vaccine as soon as today. Meaning, no more 'emergency use' in the title.

Where the economic crisis could be going from bad to worse…

Lebanon. Yesterday, the Lebanese government reportedly said it’s raising gas prices by 66%. For over a year, the country’s been struggling with rising inflation, high unemployment, and skyrocketing poverty rates. Think: the currency has lost 90% of its value since 2019. Major fuel shortages have left hospitals without power and led to lengthy blackouts – further crippling the country. Tensions from low fuel supplies earlier this month led to violence that left three dead. But things got worse this month when the country’s central bank couldn’t cover the cost of imported fuel with subsidized rates. Now, the gov apparently reached an agreement with the central bank to raise prices so subsidized imports can continue.

While people are waving 'bye gov'na' to Andrew Cuomo...