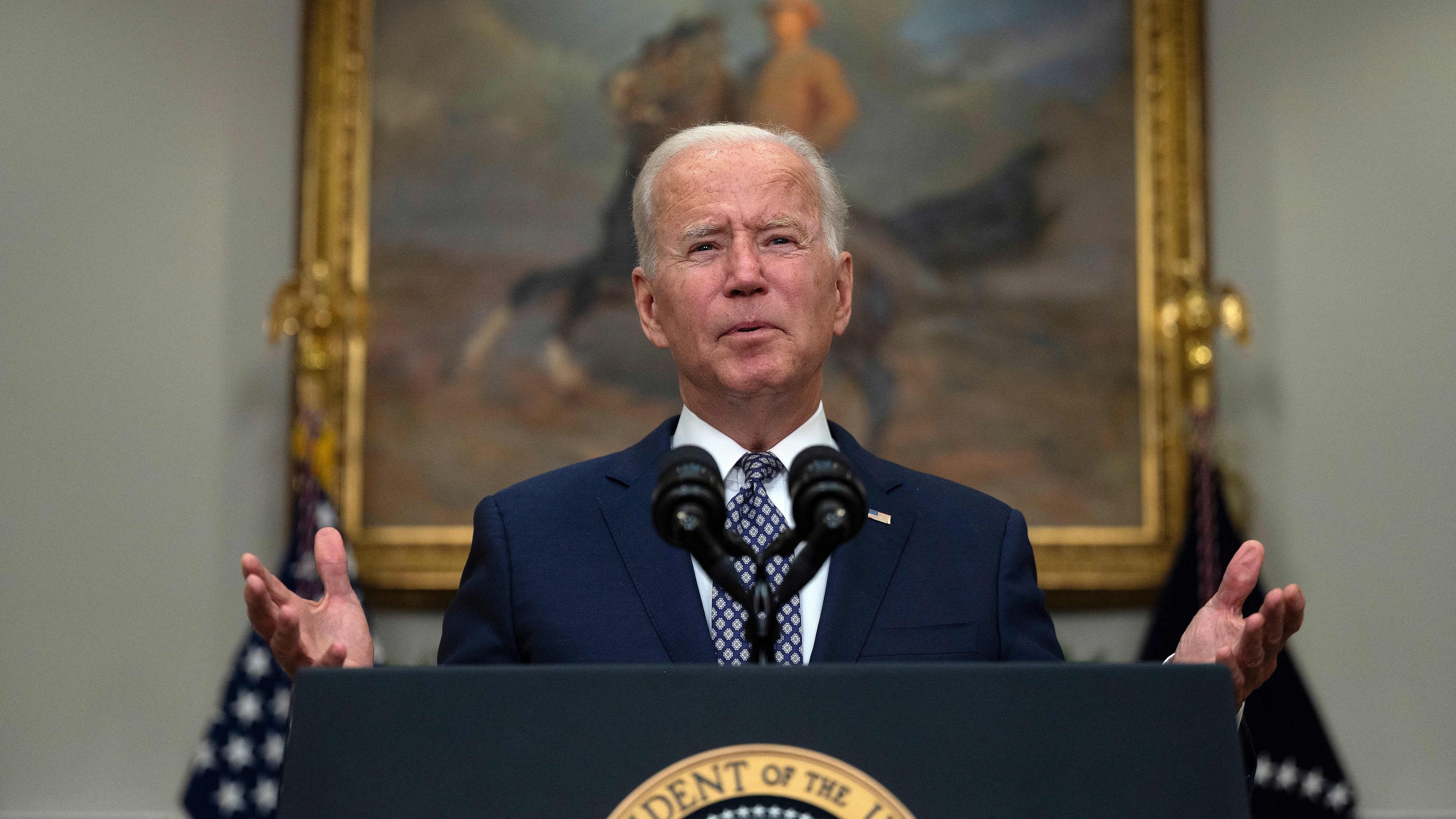 President Biden is sticking to his August 31 withdrawal date from Afghanistan.

Yup. After Biden announced the end to America's nearly 20-year military mission in Afghanistan, the Taliban quickly gained ground and took over the country. US troops stayed on the ground – some even flying over to help – with the mission to secure the Kabul airport and evacuate thousands of Americans and Afghan allies. So far, at least 70,000 people have been flown out of the country. But with thousands still left, Biden floated the idea of keeping US troops past the end-of-month deadline. Yesterday, he changed his tune.

Security concerns are “very high.” The White House fears that the airport could be the site of ISIS terror attacks. And is confident they’re “on pace to finish” evacuations by Tuesday. But world leaders and lawmakers on both sides of the aisle are less optimistic. Biden asked the Pentagon and State Dept for contingency plans. And the CIA director reportedly had a secret meeting with a Taliban leader – but unclear about what. Now, the militant group’s warning that if US troops stay, America would be in “clear violation” of last year’s peace agreement. Hundreds of US troops have left the country after days of chaos. Meanwhile, the Taliban are cracking down on Afghans by blocking many from leaving the country, urging women to stay home, and reportedly executing civilians and Afghan forces.

What about people who’ve gotten out?

It’s not looking too good for some. There are reports of Afghan evacuees living in “dire conditions” at a Qatar air base. Thousands are reportedly living in feces and urine, dealing with a rat infestation and sweltering heat there. US officials say they’re aware and are trying to provide a “secure, safe, and sanitary environment." But the air base conditions appear to further highlight America’s unpreparedness in its withdrawal plans. Meanwhile, Airbnb is stepping in and providing temporary housing to 20,000 Afghans globally for free.

In his speech last week, President Biden defended his admin's exit as a bold choice that three presidents before him failed to make. What he didn't say: the Taliban controls the country now. And the Taliban isn't extending the US's stay past the end of the month.

Who's got voting rights on the mind...

The House. Yesterday, Democrats passed the John R Lewis Voting Rights Advancement Act in a 219-212 vote. The legislation was named after the late Rep. John Lewis (D-GA). And would require certain states – specifically those with a history of voter discrimination – to get approval (aka "preclearance") from the Justice Dept before making changes to their voting laws. In 2013, SCOTUS did away with that part of the 1965 Voting Rights Act. Now, Dems are trying to bring it back. But all House Republicans opposed it, calling the bill federal overreach. And with many GOP members keen to scrap it in the Senate, it'll likely have us all googling 'filibuster' again. (We've saved you the trouble.)

...Oh and speaking of voting rights, a panel of judges in North Carolina restored voting rights for about 56,000 felons who are on parole or probation.

Who’s weighing in on immigration…

The Supreme Court. Yesterday, it said the Biden admin had to reinstate a Trump-era policy known as “Remain in Mexico.” It forces asylum seekers to stay in Mexico while immigration authorities process their claims. But the policy has faced several legal challenges. In June, the Biden admin ended it. But Texas and Missouri challenged the admin’s move, saying it would pose a burden on local govs. The challenge worked its way up to the high court. Now, the Supremes are saying the Biden admin’s decision to end the policy was “arbitrary and capricious.”

What’s got people looking to the future…

COVID-19. Earlier this week, Dr. Anthony Fauci said that the US could have better control of the virus by next spring...if (and it's a big 'if') an "overwhelming majority" of the 85 million unvaccinated but eligible Americans get the shot.

Charlie Watts. Yesterday, the 80-year-old Rolling Stones drummer died at a London hospital. No cause of death was given. But earlier this month, the rock band announced that Watts wouldn’t be joining an upcoming tour after undergoing an emergency medical procedure. Watts, who joined the Stones in 1963 – and played with them for over 50 years – was known as "one of the greatest" drummers of his generation. And helped bring the Rolling Stones to worldwide fame with hits like “(I Can't Get No) Satisfaction,” "Paint it Black," and "Get off My Cloud." Bandmates Mick Jagger and Keith Richards paid tribute to the drummer on social media. Paul McCartney remembered him as "steady as a rock." Elton John called him the "ultimate drummer."

While Walmart's trying to compete with Amazon...

This bear's already on it.