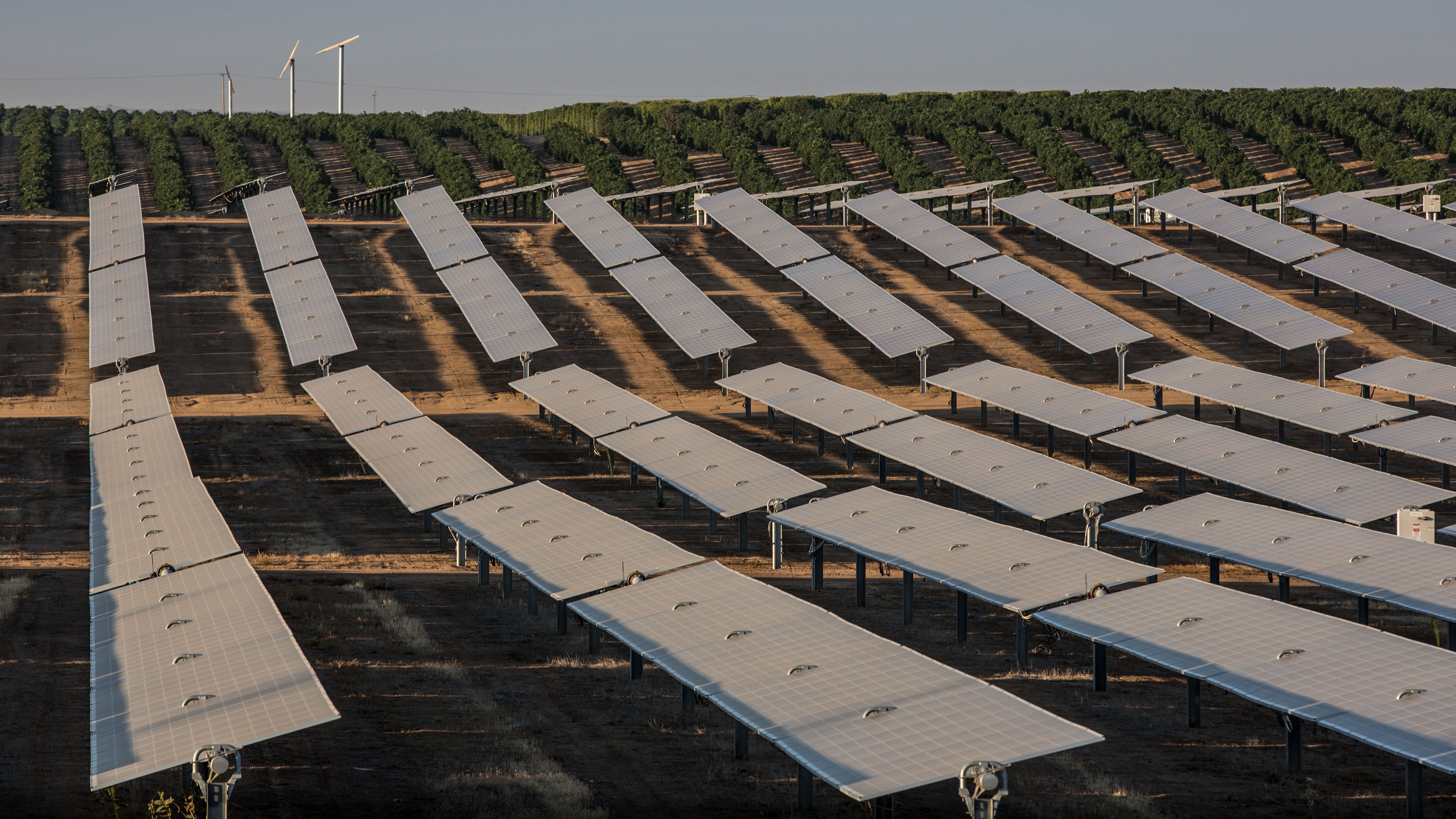 President Biden’s looking to the sun.

Is this about another space race?

Nope (sorry, Elon Musk and Jeff Bezos). It's about the Biden admin wanting to make solar energy hot. Currently, about 60% of the US's energy comes from coal and natural gas. And they're sourced through mining and onshore and offshore drilling – which release methane. Problem, since methane (a potent greenhouse gas) can warm the planet 80 times as quickly as carbon dioxide. Amid natural disasters fueled by climate change, many are warming up to the idea of solar energy. Especially as solar panels become more affordable (and come with a tax credit). But solar energy still only accounts for 3% of US electricity. Now, the Biden admin's planning to bump that up to 40% by 2035, and 45% by 2050.

How exactly does it plan to do that?

A lot of the details are TBD. And Biden's relying on Congress to make it happen. But it's expected to cost $562 billion – on top of the $3.5 trillion spending bill lawmakers are eyeing, which puts aside some money to combat climate change. The move would overhaul the energy industry, providing jobs for as many as 1.5 million people by 2035. Biden's hoping tax incentives could help businesses and homeowners get on board and go green. He also wants local govs to make it easier to get permits for solar panels. And maybe, just maybe, we'll get on Iceland's level.

Solar industry experts hope lawmakers can ‘see the light’ and implement policies to help make solar a larger reality. But given the widespread criticism around the Green New Deal (which included solar energy) and the high cost of the $3.5 trillion spending bill we mentioned earlier, it's unclear how many lawmakers will get behind Biden's goal. Or if the oil and gas industry will give it a (green) thumbs up. Supporters are looking on the bright side by highlighting that a reduction in carbon emissions would both curb climate change and save Americans hundreds of billions of dollars (in part by health care costs that come from pollution).

Climate change is here. And it's real. While experts have been pleading for countries to take more aggressive steps to curb its effects, solar energy could be a step in the right direction.

Where all eyes are on the court...

Paris. Yesterday, the trial of 20 men accused in the November 2015 terror attacks kicked off. Nearly six years ago, Islamic State extremists carried out shootings and suicide bombings at the Bataclan concert hall, a sports stadium, and Parisian bars and restaurants. The attacks left 130 people dead and hundreds more injured, marking the deadliest violence to hit France since World War II. Now, the only surviving suspect is facing murder charges. Thirteen men reportedly face charges for helping organize the attacks. Six others, believed to be dead, will be tried in absentia.

Where there are signs of change…

Richmond, Virginia. Yesterday, the state removed the statue of Confederate Gen. Robert E Lee on the city’s famous Monument Avenue. For over 130 years, the statue served as one of the US’s largest monuments to the Confederacy. Civil rights activists have long called for it to be removed, saying it’s a symbol of slavery and white supremacy. Demands for its removal came to a head after the murder of George Floyd and nationwide racial justice protests. After some legal battles, the state Supreme Court allowed for it to be taken down. The statue – which has been cut into pieces – will remain in a secret location until officials decide what to do with it.

The Los Angeles Police Department. A new report says LAPD officers have been collecting the social media info of anyone they interview – even people who haven't been arrested or accused of anything illegal. Here's the deal: Since at least 2015, police officers have allegedly filled out “field interview cards” with a person’s Facebook, Instagram, Twitter, and other account info. The police department reportedly issued the directive – believed to be the only one of its kind in the US – for use in “investigations, arrests, and prosecutions.” But activists are sounding the alarm over concerns around surveillance, privacy, and First Amendment rights. The LAPD said its use of the cards is “being updated,” but didn’t give any more details.

Why you’ll want to be vaxxed and masked…