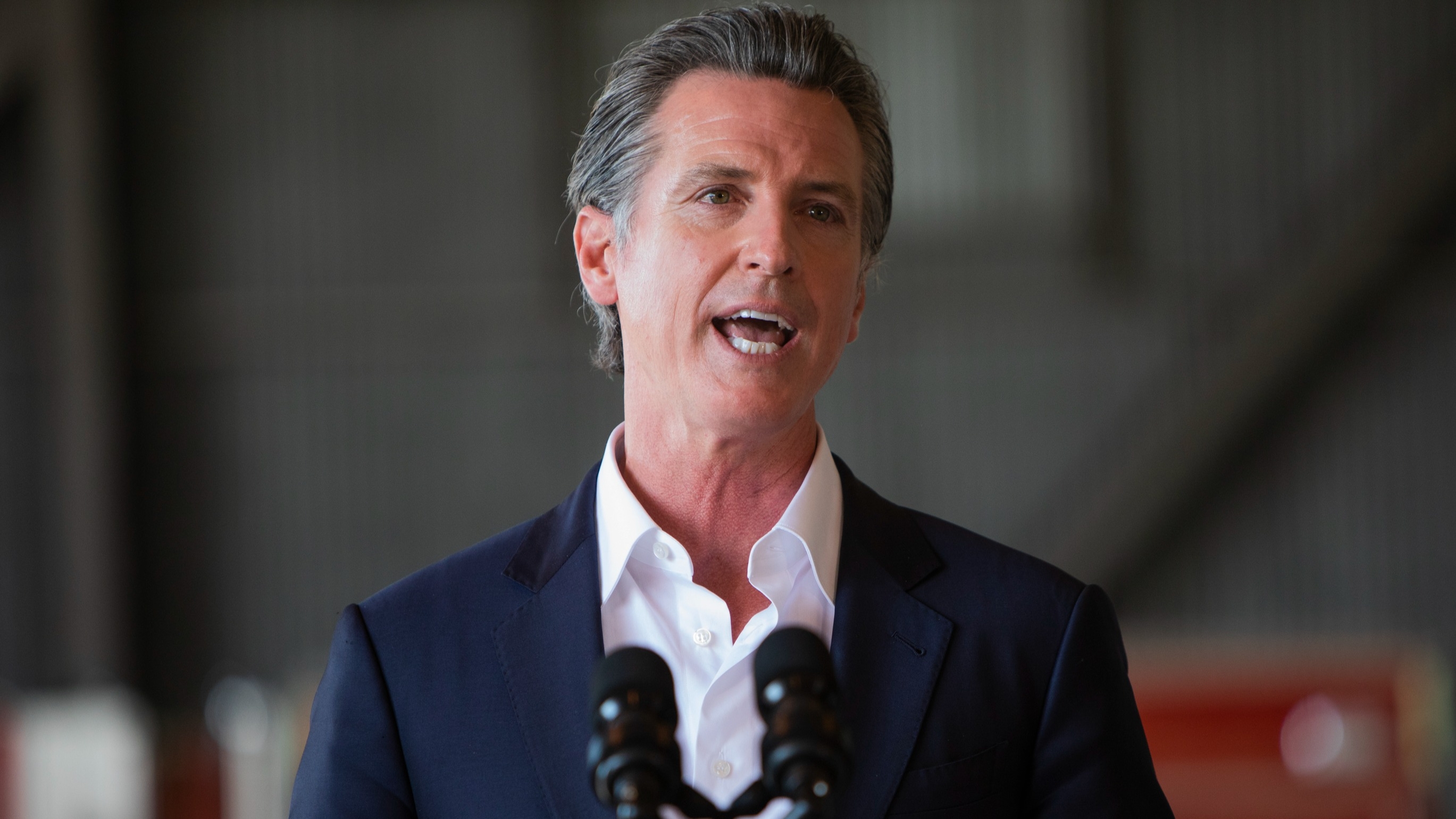 California's having a recall election.

I can barely recall...

Well then let us remind you. A recall election is when Americans vote on whether to fire an elected official. It typically happens when critics not aligned with a politician's policies file a petition. California is one of 19 states that allows recalls. And every CA governor in the past 60 years has faced a petition. But only two have made it to the ballots. In 2003, the Golden State had its first and only successful recall – replacing Gov. Gray Davis (D) with actor Arnold Schwarzenegger (R). Now, the state’s bringing out the recall ballots again. This time, Gov. Gavin Newsom’s (D) fate is up in the air.

It's all coming back to me now.

Yes, well. Newsom critics have tried to recall him at least five times. But one effort picked up steam last year amid the COVID-19 pandemic. California was the first state to shut down. And Newsom put in place some of the country's strictest restrictions to curb the virus’s spread. Calls for a recall election gained support as more and more Californians grew frustrated with his handling of the pandemic, among other things. And with some 'do as I say, not as I do' moments (like when he attended a maskless dinner party at a restaurant when Californians were urged to stay at home).

Today's the last day for Californians to vote. They'll see two questions on the ballot: Should Newsom be removed from office? And who should replace him? 46 candidates are vying for the governor’s spot. That includes conservative talk show host Larry Elder, the leading Republican contender. If he wins, he would be the state’s first Black governor. But recent polls show Newsom way in the lead. And that Newsom's haters face an uphill battle in trying to get him permanently OOO.

It could be weeks, especially if the votes are close (which they're not expected to be). So far, more than 35% of active California voters have cast their ballots. (Others can still register today.) But their vote may impact more than just who's leading their state. The governor could appoint a new senator if there's ever a vacancy, potentially breaking the current 50-50 Senate divide. A big deal, since President Biden needs every Senate vote possible to push his agenda.

For the first time in nearly two decades, Californians are heading to the polls to vote in a recall election. And even though the odds are against a flip, all eyes are on the election at a time when everything from abortion legislation to mask requirements are being decided at the state level.

What’s got scientists saying ‘not so fast’...

COVID-19 boosters. Yesterday, leading scientists said there’s no evidence the general population needs a coronavirus booster shot...for now. Last month, the CDC said data showed "very clear" signs that immunity from vaccines wanes over time – especially against delta. And that extra doses could be available to the general public starting Sep 20. But this group of scientists – including members of the FDA and WHO – is saying 'let's spread the love first.' Meaning, that it's more important to get the unvaxxed vaxxed than to get boosters to those who've already gotten their dose(s). Especially, since they've found that vaccines are still “substantially protective against severe disease” from all variants.

What’s got people sounding the alarm…

Afghanistan. Yesterday, the UN said millions of Afghans could run out of food by winter. And that over a million children could die from malnutrition. Even before the Taliban takeover, Afghans faced rising food costs and poverty – in part due to a severe drought. But the Islamist militant group has made things worse – forcing hundreds of thousands to flee their homes and countries to cut off much-needed international funds. For weeks, humanitarian officials have been blaring the alarm about the crisis unfolding in Afghanistan. Now, help may be on the way. The UN says donors (including member states) have pledged over $1 billion in humanitarian and development aid.

What could bring the ice age into the 21st century...

Woolly mammoths. Meet: Colossal – a bioscience and genetics company that is looking to resurrect the massive animal. How? By genetically engineering them using Asian elephants and mammoth DNA. Scientists say it could help combat climate change by restoring ecosystems, but others are saying it’s a mammoth of an undertaking.