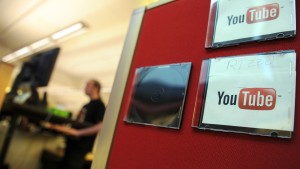 YouTube’s cracking down on vaccine misinformation.

Health officials have repeatedly said that vaccines are the world’s best defense against COVID-19. But as the gov's been tirelessly trying to get people inoculated, anti-vaxxers have been making things harder. One study found that more than 25% of Americans are vaccine-hesitant. And that the US is number two on the list of high-income countries that aren’t exactly rushing to get a shot (behind Russia). A big culprit: misinformation.

Whether it’s on platforms like YouTube, Facebook, Signal, Reddit, Medium, TikTok, or Instagram...misinformation spreads like wildfire. The White House has previously blamed both YouTube and Facebook for spreading it. And earlier this year, researchers found that just 12 people were responsible for sharing 65% of all anti-vax info on social media. Fancy algorithms helped them and other anti-vax accounts gain massive followings. And have allowed some to go viral. YouTube had already started banning COVID-19 disinfo videos last year. Now, it’s taking it further.

Yesterday, the company said it’s removing all content (videos and accounts) that put out inaccurate info about approved vaccines. Including those that falsely claim shots are dangerous or cause autism, infertility, or cancer. And it’s not just about COVID-19 – it also applies to an array of vaccines (like the flu shot and the measles, mumps, and rubella vaccine). But videos about things like vaccine history, policies, and new trials will still be available.

YouTube says "it's more important than ever" to expand its work to eliminate misinformation. Vaccine advocates, who’d struggled to share “science-based information” because of biased algorithms, were happy to see the company take these steps. And hope other Big Tech companies will follow suit. But at least one critic said this is a form of censorship and that it’s not “beneficial for either democracy or public health.”

Fighting the spread of misinformation has been an uphill battle during the pandemic. And it’s something that officials have been hounding social media platforms to handle. But while the onus falls on platforms to create policies that tackle this problem, it's also up to individuals to educate themselves and find trusted sources for information.

A potential gov shutdown. Tonight’s the deadline for Congress to pass a short-term spending bill...or there'll be a partial shutdown. Every fall, Congress has to pass legislation to fund the gov. And for days, Democrats have been working to make it happen. But Senate Republicans blocked one effort earlier this week because the bill also suspended the debt ceiling (a separate but v important issue). Now, the Senate has reached an agreement on a bill and is set to vote later this morning to keep the gov lights on until Dec 3. The House will then take up the legislation. Clock's ticking.

PS...We Skimm’d how to prep your wallet for a potential gov shutdown.

Japan. Yesterday, the ruling Liberal Democratic Party elected Fumio Kishida as their new leader. Earlier this month, current PM Yoshihide Suga said ‘I’m out’ after just a year in the role. Now, Kishida (a former foreign minister) beat out Taro Kono (the vaccination minister) for the top spot in a runoff election. And he could be named prime minister on Monday. But he'll have to fight to keep his seat past November (time for general elections). And convince people his party's the right one to revamp Japan's economy amid the pandemic.

Tunisia. Yesterday, President Kais Saied appointed Najla Bouden Ramadhane to be the country’s – and the Arab world's – first female prime minister. In late July, Saied handed the country’s former PM a pink slip and froze parliament. Cue: Critics saying ‘this feels like a coup.’ And many wondering if Tunisia would remain the only democracy to come out of the Arab Spring. Now, he appointed Ramadhane, an engineering professor, to take the reins amid pressure to form a new gov that can tackle the country's financial crisis and COVID-19.

Britney Spears. Yesterday, a Los Angeles judge suspended the pop star's father from a court-ordered conservatorship. Since 2008, Jamie Spears has controlled much of his daughter’s life – deciding who she can see, negotiating business deals, and overseeing medical decisions. Over the years, fans raised concerns about the singer’s wellbeing and launched the #FreeBritney movement. And recent documentaries on the conservatorship have raised serious questions. For months, Britney has pleaded for her father to be removed as conservator, saying “I just want my life back.” And last month, Jamie agreed to step down when the “time is right.” Turns out that’s now. The judge has appointed a new temporary conservator to oversee the singer’s finances...for now.

What isn’t playing around…

The NBA. Yesterday, it said it’ll withhold pay for unvaxxed players who miss games because of local vaccine mandates. It comes days after NBA legend Kareem Abdul-Jabbar urged the league to remove players who are “unable to grasp the seriousness” of COVID-19. Sounds like he gave the NBA a big assist.