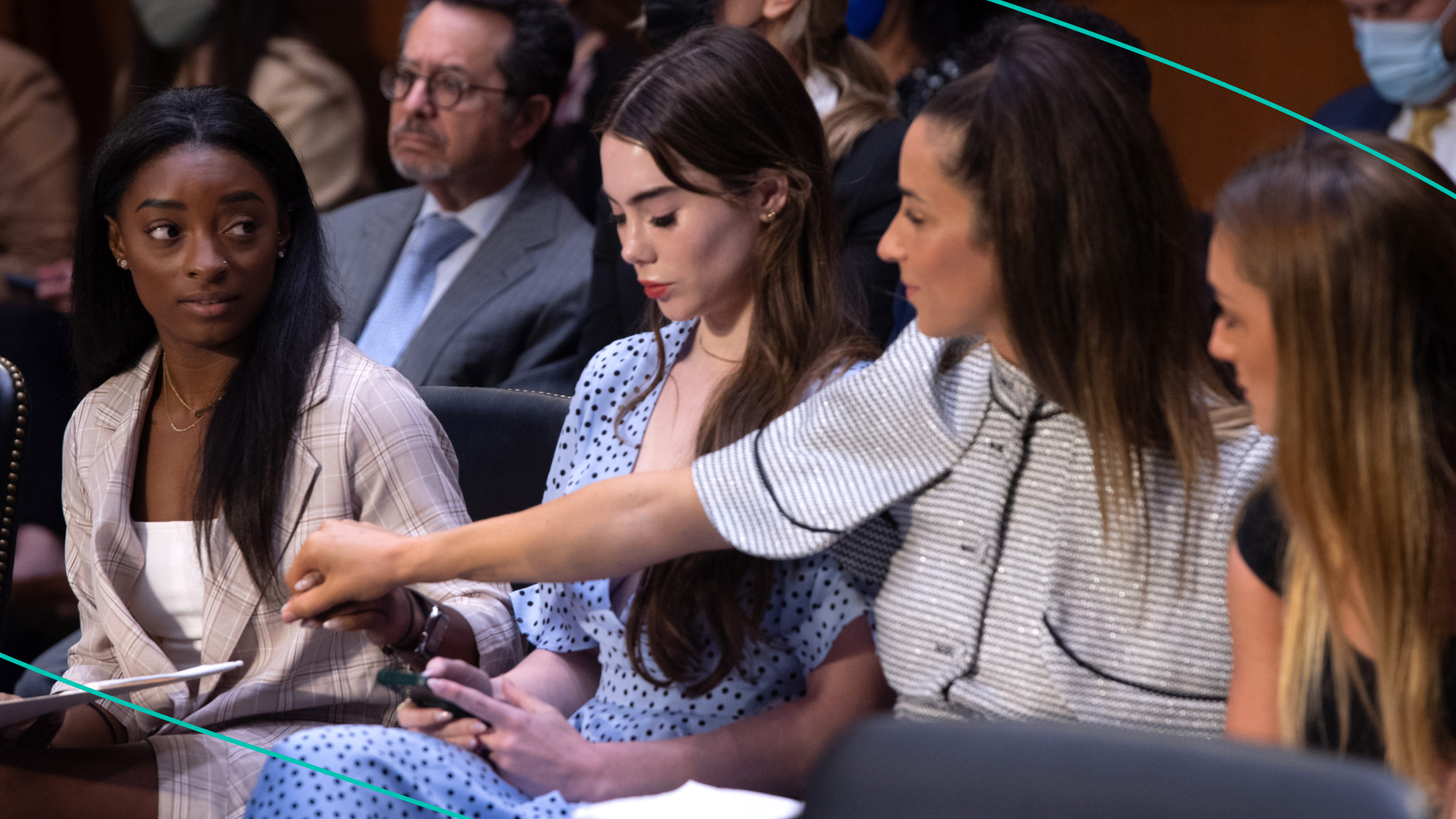 Gymnasts have notched a win. This time, off the mat.

The case with Larry Nassar. In 2016, former gymnast Rachael Denhollander came forward with allegations of abuse against the former USA Gymnastics doctor. Since then, more than 300 survivors have come forward. In 2018, Nassar was sentenced to up to 175 years in prison. But survivors also wanted justice from USA Gymnastics and the US Olympic & Paralympic Committee. That’s what yesterday was about.

Survivors and orgs reached a $380 million settlement. It’s one of the largest settlements ever for a sexual abuse case. It not only covers those abused by Nassar – the money also reportedly goes to about 200 survivors of abuse from others with ties to USA Gymnastics. And it’s more than just a monetary settlement. The deal requires keeping at least one survivor on the board of USA Gymnastics moving forward. And sets up other policies to prevent future abuse.

As Denhollander put it, “no amount of money will ever repair the damage.” Many survivors have reported battling anxiety and depression. Others feel they had to relive the abuse during the trial. USOPC’s CEO said they’re “sorry for the profound hurt they have endured.” But there's hope that some of the policies will serve as the “gold standard” for how institutions handle sexual abuse.

Nassar didn’t carry out his extensive abuse in a vacuum. This settlement is an acknowledgement of the debt owed to survivors from those who enabled him and others like him. And serves as a reminder of how far the sports world still has to go.

Where people are still hurting…

Kentucky. The death toll from this weekend’s storms is now at least 88 people, with 74 confirmed dead in Kentucky alone. 14 people have been killed across the other states hit. Meanwhile, tens of thousands are still without water or electricity – a problem Kentucky’s governor warned could extend for weeks. President Biden will travel to Kentucky tomorrow to see the damage for himself. And has said "we’re going to be there as long as it takes to help."

What isn’t going away...

Omicron. Yesterday, the UK revealed its first known death from the COVID-19 variant. Omicron has been blamed for skyrocketing cases in South Africa, with experts saying it could be the dominant variant in Europe as soon as this week. South African President Cyril Ramaphosa has tested positive. Norway is under partial lockdown. And Denmark and the UK are bracing for the worst. It’s worth noting: Omicron has been linked to a steep spike in cases, but it’s still not clear whether the variant causes more severe or mild cases. But public health experts are concerned about potential pressures on their medical systems.

PS: Here's what you need to know about the Omicron variant.

The Golden Globes to...nobody. Yesterday, the awards organizer announced nominees with "Succession," "Belfast," and "Don't Look Up" getting some of the buzz. One hiccup: the show won't air on NBC after controversy over its lack of diversity. It's still not clear if or where the Golden Globes will air. But the 'save the date' still says Jan 9.

...Oh and speaking of announcements, Elon Musk was named TIME's Person of the Year. Musk be nice.

Who’s officially single and headed to the bar…