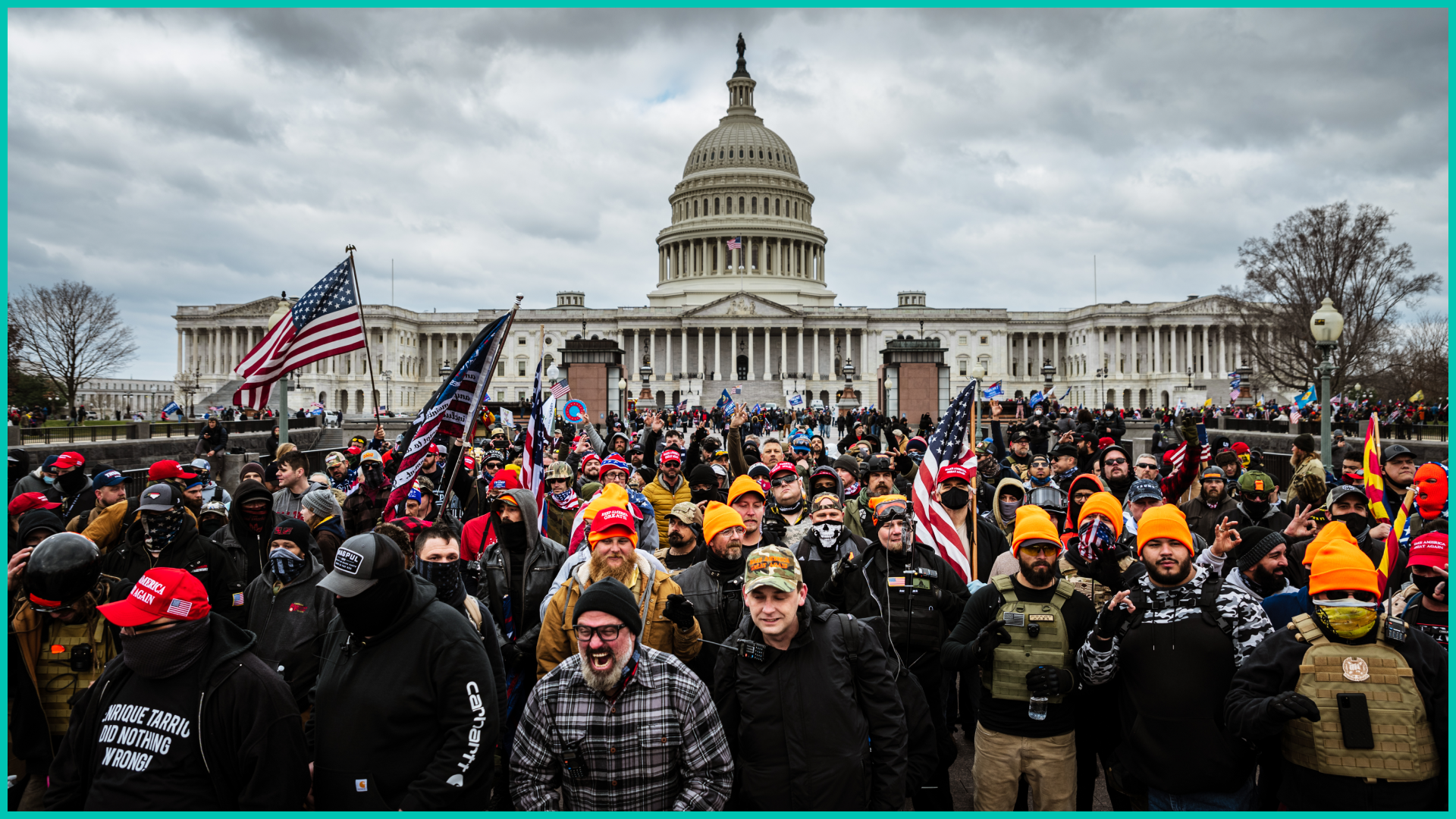 Let's check in on the Jan 6 investigation. Shall we?

Yesterday, DC AG Karl Racine (D) sued* extremist groups Proud Boys and Oath Keepers over their roles in the insurrection. The US Capitol attack left five people dead, officers traumatized, and the country reeling. Now, DC’s suing 31 members of the groups, alleging a coordinated “act of domestic terrorism." And wants to hold them responsible for millions of dollars in damages (think: police injuries and property). But a lawyer for the Oath Keepers apparently says the suit is coming from a party that’s “hell-bent on destroying this country.” And then there were the text messages.

Earlier this week, a House select committee revealed texts sent to former White House chief of staff Mark Meadows. Including from Donald Trump Jr (President Trump's son), who told Meadows to get his father to "condemn this sh*t asap." Meadows had also received texts from Fox News hosts calling on Trump to tell his supporters to leave the Capitol. He eventually did – saying, “Go home. We love you.” Now, Rep. Liz Cheney (R-WY) – the vice chair of the committee investigating the insurrection – says these texts prove the WH knew all along what was happening at the Capitol.

Well, yesterday, the House voted* (222-208) to hold Meadows in criminal contempt of Congress for not fully cooperating with the investigation. So now, the matter goes to the Justice Dept – which will decide whether to prosecute the former chief of staff. If prosecuted, Meadows could face up to a year in prison and a fine of up to $100,000. Meadows' lawyer has said that his client never "stopped cooperating" with the committee. Meanwhile, the current White House said it wasn’t surprised by the texts.

January 6th marked the first major attack on the Capitol since 1814. Since then, Trump has been impeached (again) and left office. And dozens of rioters have been arrested and charged. But the details are still emerging of what happened on that day – and who should be held accountable.

What’s trying to right a wrong…

The Canadian gov. Earlier this week, it pledged over $30 billion in compensation for Indigenous children and families. In 2016, a top Canadian court ruled that the gov discriminated against First Nations groups when it underfunded their child welfare system. And ordered the gov to pay about $30,000 to each child who was in the on-reserve foster care system since 2006. The Canadian gov had appealed the decision. But the discovery of hundreds of unmarked graves at former residential schools prompted scrutiny against the gov. And it scrapped its appeal plans. Now, the gov’s saying it’ll pay up – reportedly affecting about 55,000 children. A First Nations official said “money does not mean justice” but that it signaled a “healing path forward.”

Who's raising the ‘ceiling’...

Congress. Early this morning, Congress voted along party lines to raise the national debt ceiling by $2.5 trillion — avoiding the country’s first default. Republicans and Dems have been going back and forth (when don’t they?) about raising the ceiling. And members of the GOP have been saying Dems should deal with the problem on their own. Now, the government has avoided defaulting on the debt till 2023 just hours before the deadline. And the bill heads to President Biden’s desk.

Tesla.* Yesterday, six women filed lawsuits alleging sexual harassment at the company’s Fremont, CA, plant. It comes nearly a month after another suit* accused the plant of “rampant sexual harassment.” Now, half a dozen current and former employees are coming forward – sharing allegations of lewd comments, discrimination, and unwanted touching at the hands of male coworkers and superiors. They also accused HR of failing to take action and instead moving the accusers to other workstations. Several women say the culture led them to quit or take leave. Tesla has yet to respond.

NASA. Yesterday, it announced that for the first time ever a spacecraft has “touched the Sun.” In 2018, NASA launched* Parker Solar Probe to help us Earthlings understand more about the hot ball at the center of our solar system. Now, the space agency’s confirmed that Parker – which is about the size of a small car – flew through the Sun’s corona (aka the upper atmosphere in science talk) back in April. A NASA official called it a “monumental moment for solar science.” And hopes that the new milestone will help us learn more about the Sun’s evolution and its impact on the solar system. Shine bright, Parker.