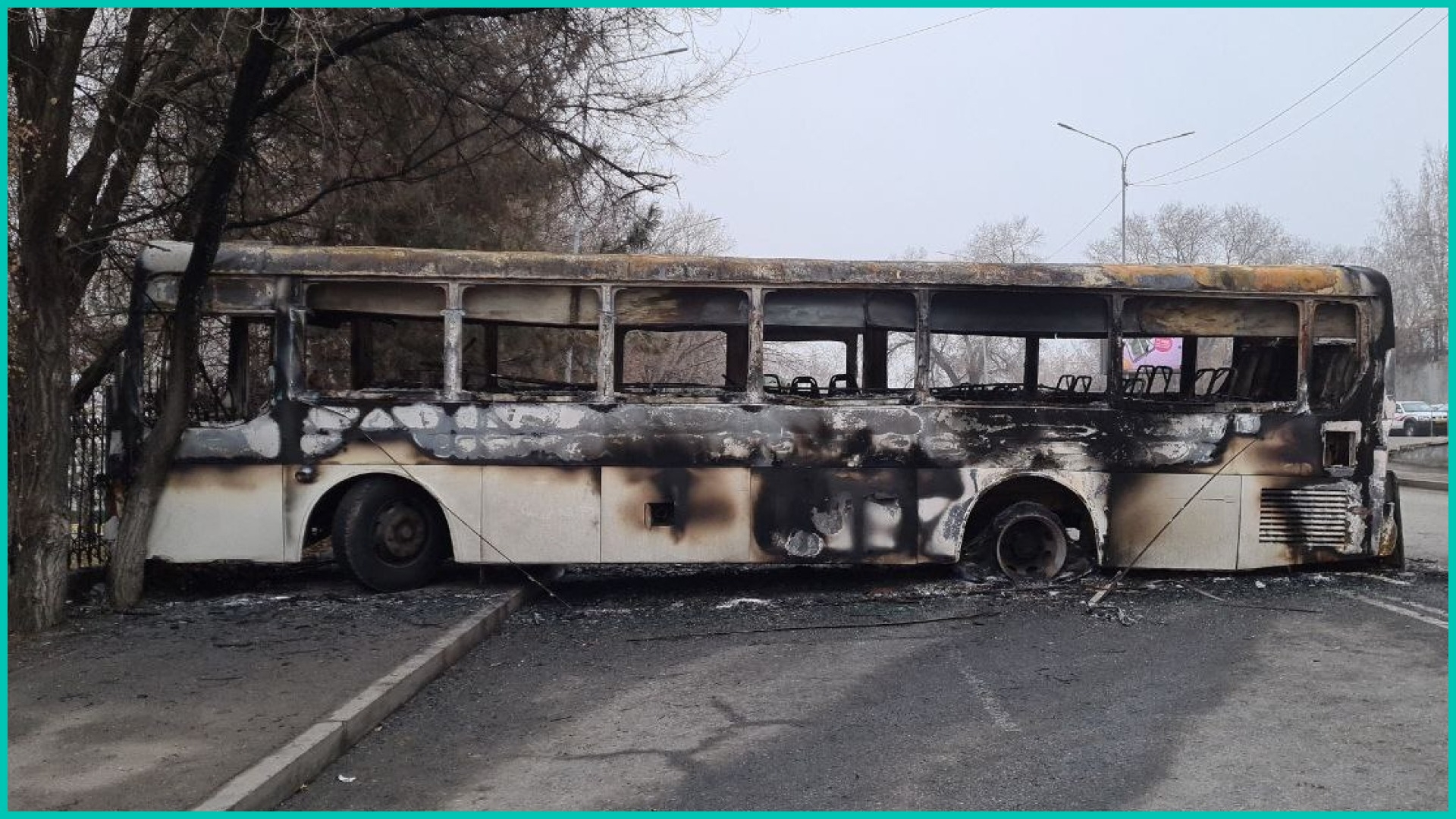 The situation in Kazakhstan has gone from bad to worse.

Last week, fuel price hikes prompted protests in an oil-rich area of western Kazakhstan. Things escalated quickly across the country as demonstrations expanded to include calls for political reform. The gov shut down the internet. And protesters seized the airport and burned down gov buildings. A Russian-led military alliance deployed some 2,500 "peacekeepers" at the president's request. Then security forces were ordered to kill without warning.

At least 164 people are believed to have been killed. More than 2,000 have been injured and thousands have been detained. Government officials insist the country is stabilizing. They say buildings overrun by protestors are now back under state control. And that the rumors about the gov targeting peaceful protestors were reportedly creating a “false impression.”

What does this mean for the US?

Today, Russian and the US officials are set to meet in Geneva to address Russia’s troop buildup along its border with Ukraine...and hopefully reduce tensions. But Russia’s involvement in Kazakhstan isn’t exactly helping. On Friday, Sec of State Antony Blinken seemed to criticize the influx of Russian-led "peacekeepers," saying the Kazakhstan government should be able to handle the protests on their own "in a rights-respecting way." But Russia said mind your business.

The US has been on high alert since Russia’s actions have threatened a Ukraine invasion. Now, Russia’s decision to quash anti-government protests in Kazakhstan has got many looking to the US to see what it will do.

Ahmaud Arbery. On Friday, the three white men who murdered the 25-year-old Black man were sentenced to life in prison. In February 2020, Arbery was jogging in Brunswick, Georgia, when two men — a former police officer and his son — chased and shot him. A third man, who helped corner Arbery, recorded the shooting. Video of the killing sparked national outrage. Arbery's name — along with George Floyd's, Breonna Taylor's, and so many others — became a rallying cry at racial justice protests. Before announcing the verdict, the judge observed a minute of silence to represent “a fraction” of the time Arbery was running before he was shot. Still, lawyers for the defendants maintain the men acted in self-defense and intend to appeal the verdicts. But Arbery's family reminded the court that they will never get their son back.

What's got voting on the mind...

NYC. Yesterday, NYC Mayor Eric Adams (D) passed a law allowing more than 800,000 noncitizens and Dreamers to vote in local elections. The law — which impacts municipal and not state or federal elections — went into effect immediately. NYC is not the first city to expand voting rights, but it is the largest. Now, these new voters could cast their ballot as early as next year. Adams said he's looking forward to “bringing millions more into the democratic process.” Opponents called it unconstitutional and said “we’ll see you in court.”

Sidney Poitier. Last week, the groundbreaking actor and activist died. He was 94. Poitier was the first Black actor to win an Oscar for best actor for his 1964 role in "Lilies of the Field." He was also a top box-office draw, attracting audience members to movies like "In the Heat of the Night" and "The Defiant Ones." He starred in a number of classic hits including “Guess Who’s Coming to Dinner.” Oprah paid tribute to the trailblazer tweeting “the greatest of 'The Great Trees' has fallen.”

Bob Saget. Yesterday, the 65-year-old comedian and actor was found dead in his hotel room in Florida. A cause of death was not known, but detectives say they found no signs of foul play or drug use. Saget was best known for his role as Danny Tanner in “Full House” in the ‘80s and ‘90s. And as the first host of “America’s Funniest Home Videos.” His co-stars — including John Stamos aka Uncle Jesse — paid tribute to the actor on social media. And said they were “broken” to have lost a beloved friend.

Novak Djokovic. This morning, an Australian judge told the tennis star ‘you’re free to go.’ Since last week, Djokovic has been held over his vaxx status. The Australian Open and Djokovic said he has a medical exemption from its COVID-19 vaccine requirement. But Australia canceled his visa after border authorities said he failed to provide appropriate evidence to meet entry requirements. Now, a judge is saying the Australian gov has been "unreasonable. But the immigration minister could still cancel his visa — keeping him from playing in the Australian Open and banning him from Australia for three years.

While Amy Schneider has everyone's attention...

Not so for the Golden Globes.

PS: We Skimm'd why this year's Golden Globes was less golden than usual.