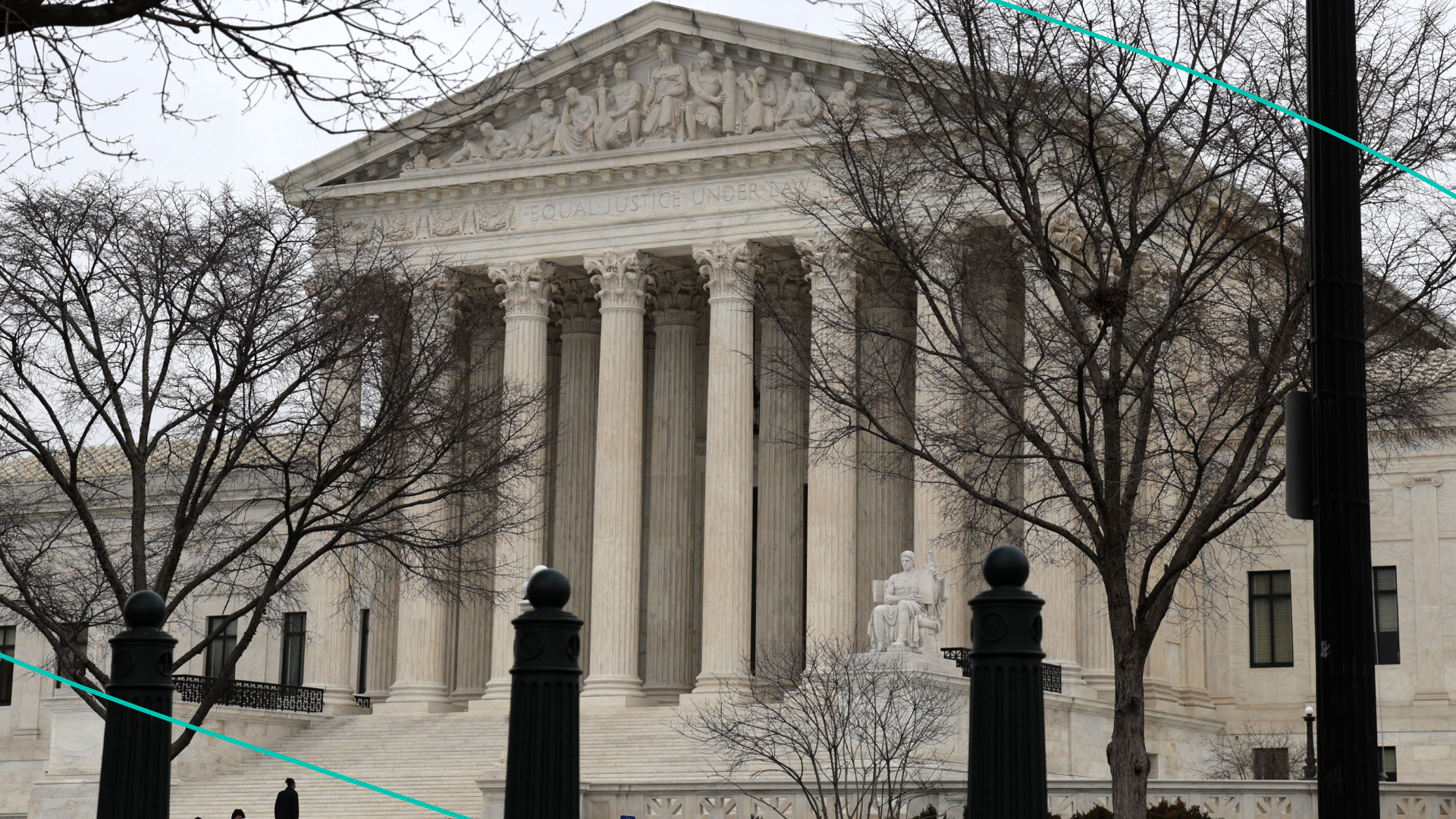 President Biden’s vaccine and testing mandate is over.

Last year, Biden said large businesses (think: private companies with 100 employees or more) must have their employees get vaxxed against COVID-19 or mask up and test regularly. The mandate covered two-thirds of all Americans — about 84 million people. And it came as only 60% of eligible adults had at least one vaccine. 27 states sued. And Americans were split. Many seemed to support the move seeing the mandate as the main ticket out of a devastating pandemic. But businesses weren’t convinced. And some labor unions wanted their workers to have a say in the policy. Meanwhile, some Republican leaders were against mandates of any kind. Enter: SCOTUS.

SCOTUS agreed with Republicans. In a 6-3 ruling, the justices said the Biden admin lacked authority to enforce the mandate. The majority argued the Labor Department was overstepping because the mandate was a “significant encroachment” on employees' lives. Liberal justices disagreed, saying desperate, "unparalleled" times called for these measures. And that it's in the Labor Dept's wheelhouse to regulate workplace safety.

SCOTUS did leave vaccine mandates in place for some 10 million health care workers (think: those at facilities getting federal dollars). It's now up to businesses and states to decide whether to require vaccinations. Biden said he was "disappointed" and maintained the mandates were "grounded squarely in both science and the law." But supporters — including Republicans and trade associations — called it a victory and urged the admin to work with employers.

The Biden admin's vaccine mandate was the most expansive use of federal power during the pandemic. Health officials saw it as a life-saving public health measure. Others — ranging from anti-vaccine activists to Republicans to the Supreme Court — saw it as government overreach. And this year, Americans will be taking their opinions to the polls.

PS: Here's what you need to know about vaccine mandates in the workplace.

Prince Andrew. Yesterday, Queen Elizabeth stripped the prince of his honorary military titles and royal roles. On top of that, Prince Andrew will no longer use the title “His Royal Highness.” The decision comes days after a federal US judge ruled that a lawsuit accusing the queen's reported favorite son of sexual assault could proceed. And that the royal — who’s ninth in line to the throne — can’t evade the US court system. The lawsuit was filed by Virginia Giuffre who’s alleged the prince sexually assaulted her on Jeffrey Epstein's private island when she was 17. Prince Andrew's denied the allegations. Now, the queen’s saying ‘he’s on his own.’ And that he will head to trial "as a private citizen” as soon as this year. It's a major punitive measure against a royal. And legal experts are saying the prince isn’t left with a lot of options.

Novak Djokovic. This morning, Australia revoked the Serbian tennis star’s visa. Djokovic flew down under earlier this month for the Australian Open. He had a medical exemption from their COVID-19 vaccine requirement. But border authorities said he failed to provide appropriate evidence to meet entry requirements. Days later, a judge moved to reinstate Djokovic’s visa Now, Australia’s immigration minister said he canceled the visa because of “health and good order.” But Djokovic’s lawyers are planning to file an appeal.

What lawmakers have on the brain…

The filibuster. Yesterday, Sens. Kyrsten Sinema (D-AZ) and Joe Manchin (D-WV) appeared to give a fatal blow to the Democrats’ effort to end the Senate filibuster. The goal was to help Dems pass voting rights legislation by a simple majority. But without Sinema and Manchin on board, they don’t have the support. It comes as President Biden's pushed for an end to the filibuster — after supporting it for years. And days before MLK Jr Day on Monday, when the late reverend's family is leading a march to call for federal voting rights legislation.

…Oh and on the GOP side, the Republican National Committee wants changes, too. It’s threatening to bar its future presidential candidates from appearing in certain debates.

PS: Wondering how a filibuster works? We Skimm'd it for you.

Where there’s an update…

Germany. Yesterday, a former Syrian secret police officer was sentenced to life in prison after being found guilty of crimes against humanity in a German court. In the first-ever conviction of a ranking Syrian official, prosecutors proved Anwar Raslan was responsible for “​​extensive and systematic” crimes against more than 4,000 prisoners. And the rape and assault of detainees under the Assad regime, as well as the deaths of at least 27 people. The sentencing is being celebrated by many as a landmark case in the search for justice.

Who now has to pay up…

Navient. Yesterday, the student loan servicing company reached a $1.85 billion deal to settle predatory student loan claims. 66,000 borrowers will see their debts canceled, with a further 350,000 seeing some relief. See here to find out if you qualify.

PS: This case is about private student loans. But there’s a broader convo happening about federal student loan forgiveness. Here’s what that could mean for your wallet.

Cheese. If you can brie-lieve it.