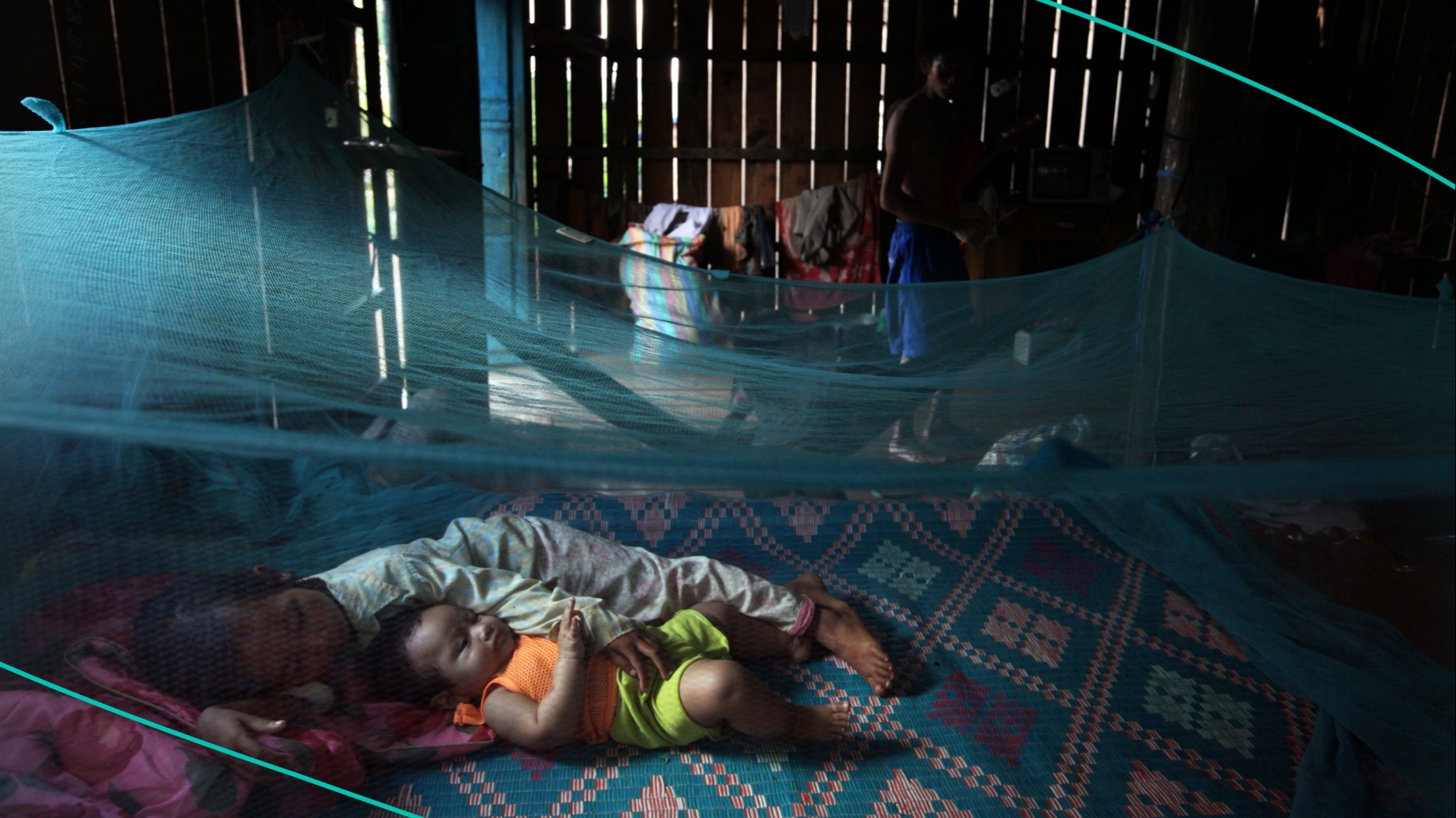 There could be a new malaria treatment for kids.

Malaria affects millions of people every year. In 2020, it claimed the lives of more than 600,000 people. And 80% of those deaths in Africa are in kids under the age of 5. But there’s been headway in recent years in finding treatments. In 2018, the FDA approved the use of tafenoquine to treat people 16 and older. Now, Australian regulators have greenlighted a potential treatment for kids 2 to 15.

This new drug concoction is a single dose of tafenoquine that’s administered with chloroquine. Talk about a lot of syllables. The treatment apparently goes after the parasite to offset first symptoms (think: fever, headache, and chills). And it targets the disease in the liver — where it can hide out — to prevent a recurrence.

Researchers found 62% of children reported some side effects — similar rates to what adults were experiencing. But none of the kids reported anything severe. The treatment was also 95% effective at preventing recurrence, also the same level reported by adults.

Scientists are already calling it a “radical cure.” Next up: the drug will be submitted for approval in nine malaria-endemic countries.

Australia's approval is paving the path for other countries to do the same. And it has the potential to save thousands of children from dying of malaria every year.

More than 2.8 million refugees have fled Ukraine since Russia invaded. But the southern port city of Mariupol has been struggling to get resources and evacuate civilians. Here’s what you need to know…

Seeking safety: Yesterday, at least 160 cars were reportedly able to leave Mariupol. It appears to be the first successful use of a humanitarian corridor to evacuate people after failed attempts. But local officials said a convoy carrying humanitarian supplies has been unable to reach the city.

Critical situation: People are reportedly sheltering without food and melting snow for water. They’ve been without heat or electricity for over a week. And officials say more than 2,500 civilians have been killed — including a pregnant woman whose picture made headlines after an attack on a maternity hospital.

PS: Want to help? Here are some ideas.

Where reproductive rights are being challenged…

Idaho. Yesterday, the state's legislature became the first to pass a copycat law banning abortions after six weeks. Reminder: A Texas law is notable for giving private citizens the power to enforce the law. Despite legal pushback, it’s even been upheld by the Texas Supreme Court. Now, Idaho has passed a similar bill. The measure allows family members of the “preborn child” — including those of a rapist — to sue abortion providers for at least $20,000. That’s double the fine abortion providers would face in the Lone Star State. But unlike Texas, Idaho’s bill includes exceptions for rape, incest, and medical emergencies. Next up: It heads to Gov. Brad Little (R), who has previously supported a similar abortion law. And if signed, could go into effect as early as April.

China. It’s facing its worst outbreak in two years as the country reports more than 2,000 new cases daily. China is one of the last countries to hold onto a zero-tolerance COVID-19 policy. Think: mass testing, mandatory quarantines, and lockdowns. But Omicron seems to have weaseled its way in and left many wondering if the policy is still sustainable. Now, the government is telling millions of people to go into lockdown. Hospitals are swamped. ​​And for the first time in two years, it’s looking a lot like March 2020.

Potential HIV vaccines. Yesterday, the National Institutes of Health announced a clinical trial testing three experimental HIV vaccines. Researchers have spent more than 30 years searching for a vaccine. Now, this trial will look at vaccines using mRNA technology. Sound familiar? That’s because it’s the same approach used in some COVID-19 shots. The trial is expected to wrap up by next July. Important because there are 37.7 million people around the world living with the disease.

What's on our radar…

Whose star is on the rise…