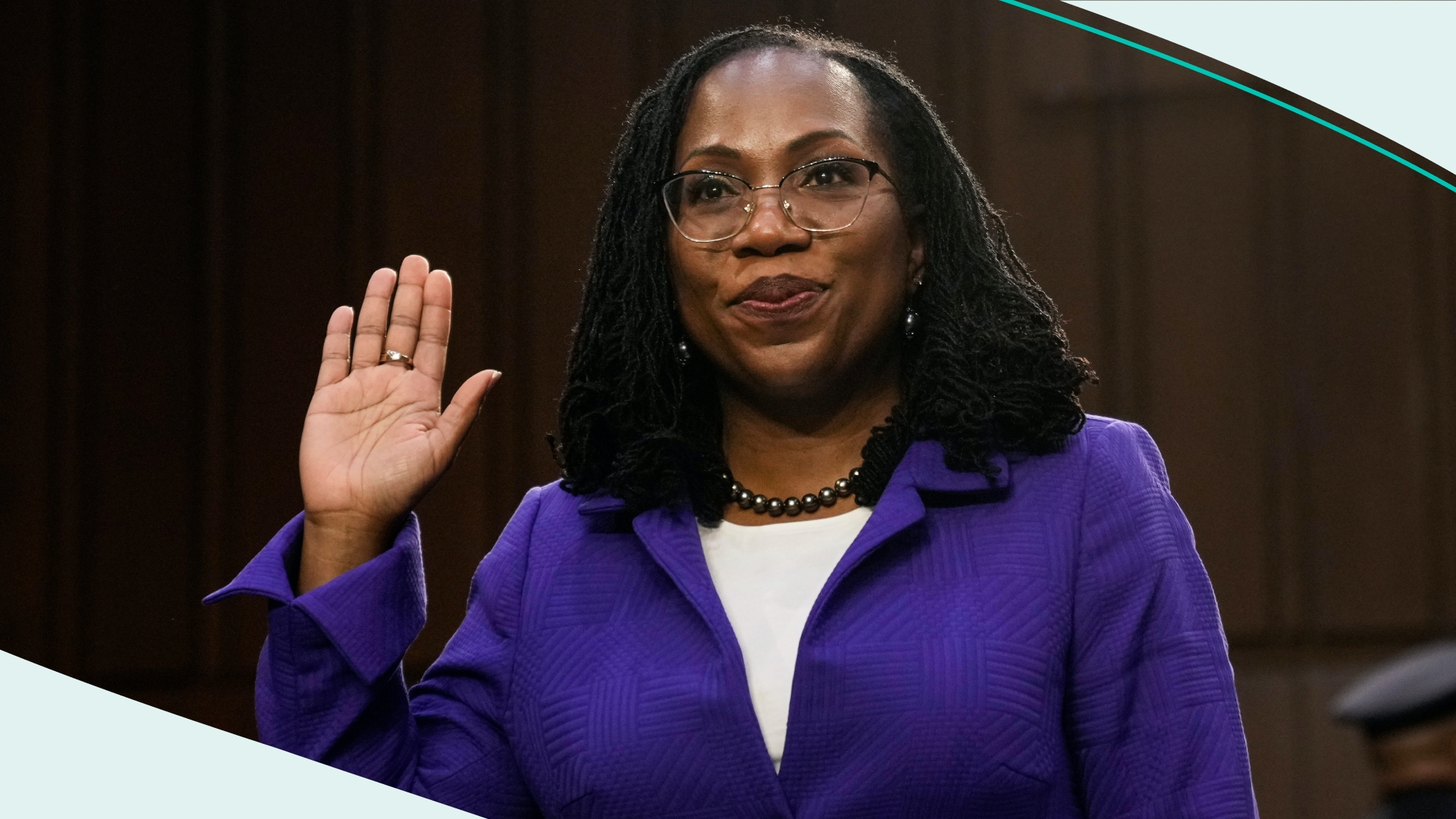 Judge Ketanji Brown Jackson has been holding her own.

This week, the federal judge sat through over 20 hours of questions as part of her Supreme Court confirmation hearings. Some of the senators’ questions involved efforts to understand her judicial philosophy (to rule “impartially”) and whether she would recuse herself from a Harvard affirmative action case (she would). And then there were the other types of questions.

Whichever questions do you mean?

For hours, Jackson was asked about everything from race and baby books to how faithful she is “on a scale of 1 to 10.” Some senators insinuated that the federal judge is lenient on child sex offenders. This, after Republicans on the committee said there’d be no “spectacle” or “political circus” from their side of the aisle. As Sen. Ben Sasse (R-NE) noted, people’s “jackassery” comes to light when the cameras are rolling.

What did Jackson say?

That she would judge from a “neutral posture.” That her “regret” is that lawmakers were focused on a “small subset” of her sentences in hearings about her qualifications. She also acknowledged that for women balancing parenthood and jobs, it “has not been easy.” Yesterday, representatives of the American Bar Association described Jackson‘s credentials as “impeccable” and found no evidence she’d been lenient in her sentences.

The Senate Judiciary Committee will vote on Jackson’s nomination on April 4. Then it goes to the Senate, which could vote days later.

Jackson’s nomination marks the first time in history that a Black woman — and former public defender — is on track to join the Supreme Court. But some in Congress met the moment with character attacks and nods to conspiracy theories. And yet so far, she has persevered.

While senators clock out after grilling KBJ…

There’s Ginni Thomas. Yesterday, reports revealed the conservative activist — and wife of Supreme Court Justice Clarence Thomas — worked to overturn the results of the 2020 presidential election. Text messages show Thomas called President Biden’s win a “heist” and pressed then-President Trump’s chief of staff, Mark Meadows, to “release the Kraken” and “help this great president stand firm.” It’s all part of the evidence Meadows gave to the January 6th panel before he stopped cooperating. And comes weeks after a court filing from the panel argued Trump and members of his campaign engaged in a “criminal conspiracy” to overturn the election.

Ukraine. Yesterday, President Biden warned NATO “would respond” if Russia uses weapons of mass destruction in Ukraine. While he didn’t reveal any specific intel suggesting it would, NATO is set to give Ukraine equipment to protect itself, including against chemical weapons. Biden is also calling for the Kremlin to get the boot from the G-20. And the US announced it will accept up to 100,000 Ukrainian refugees.

Whose partnership is going pedal to the metal…

Uber and NYC taxis. Starting this spring, New Yorkers will be able to order a yellow cab on the Uber app. It comes as companies are facing driver shortages. And riders are facing higher shares. But the move could equalize prices. Uber cool.

The man who gave us the GIFt that keeps on giving.

While catching up on big talker shows this weekend...

Make room for the Oscars Sunday.