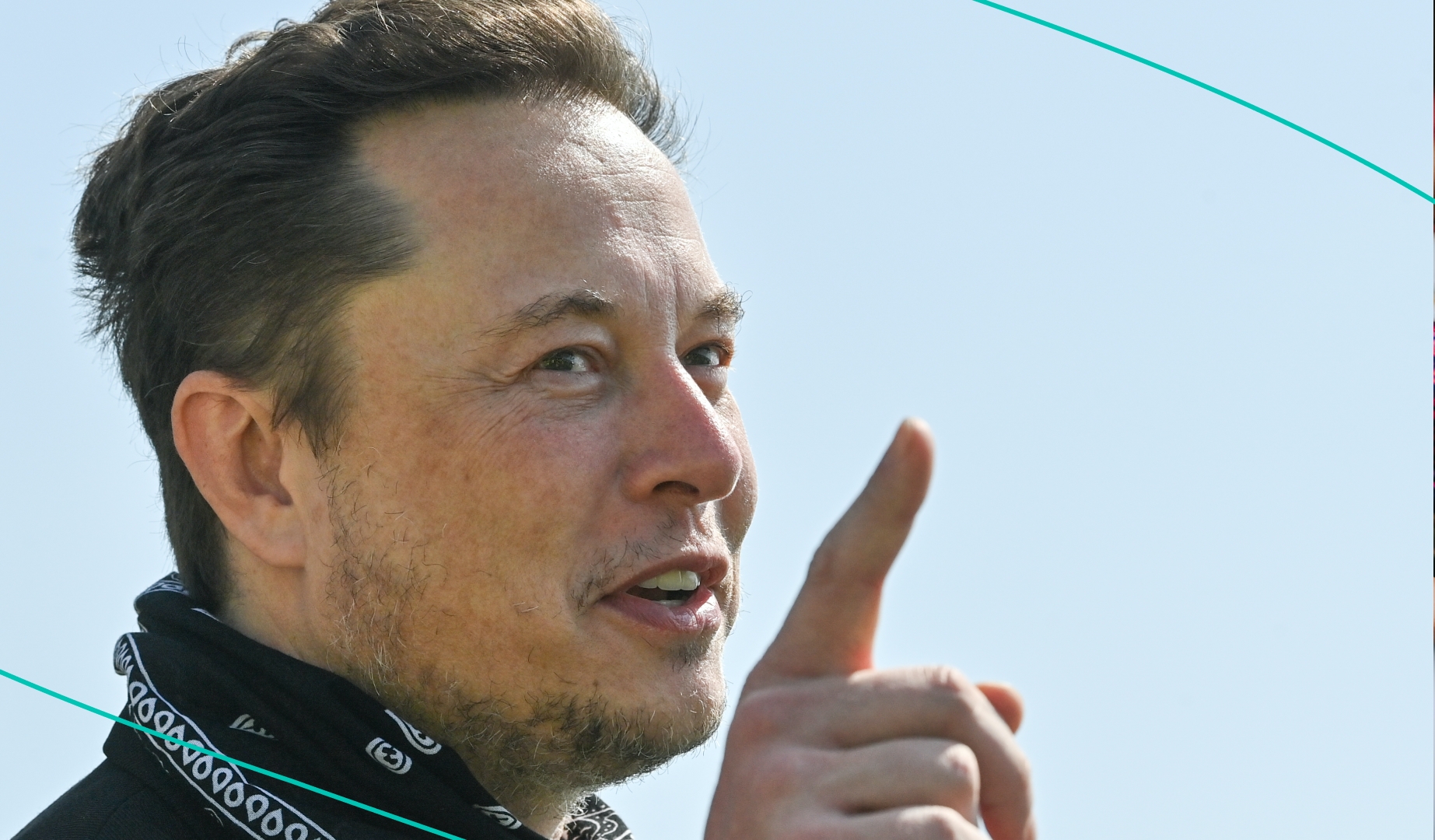 Yesterday, an SEC filing disclosed that the Tesla and SpaceX CEO bought a 9% stake in Twitter. It might not sound like a lot. But the shares are worth about $2.9 billion — more than the platform’s co-founder and former CEO Jack Dorsey owns. It comes after Musk has been beefing with the company recently.

Free speech. The billionaire has accused Twitter of failing to uphold its principles. After the Jan 6 insurrection, he reportedly wrote that people won’t like “West Coast high tech” acting as its “de facto arbiter.” He’s also trolled Twitter’s new CEO Parag Agrawal. And has gotten in trouble with the Securities and Exchange Commission over his use of the platform.

It’s a big platform for him: he has over 80 million followers. And last week, Musk said he was giving “serious thought” to a competing social media platform à la former President Trump. It comes as Twitter faces slow growth and competition from platforms like TikTok. The news from Musk sent Twitter shares up 27%.

Not yet. There’s no indication he’s going to be an active shareholder. And no word yet on whether he will join the company’s board. Twitter’s saying ‘no comment.’ Musk tweeted, “Oh hi lol.” And asked Twitter users if they’d want an “edit button.”

Some want Twitter to do more policing, others less. Now, the world’s wealthiest person is buying influence and could shake things up. Whether that’s a net positive or negative remains to be seen.

PS: Want to know more about how Tweets can move markets? We Skimm'd what's going on, and what your next move should be.

Editor's Note: At the time of publication, Elon Musk’s spot on Twitter’s board was still unclear. Twitter has since confirmed that Musk will join the company's board of directors.

Who’s jumped through another hoop…

Ketanji Brown Jackson. Yesterday, the judge's Supreme Court nomination advanced to the full Senate for a vote. The move came after the Senate Judiciary Committee — which gave quite the job interview — found itself in a partisan gridlock on whether to move her along. While KBJ had the Democrats' support, Republicans continued to question her judicial record. But the Senate said 'let's vote anyway.’ With the help of three Republican senators (hi, Mitt Romney, Lisa Murkowski, and Susan Collins), the 50-50 Senate moved Jackson's nomination forward during a procedural vote. The Senate could make things official by Thursday. And KBJ could be getting sworn in soon...making history.

Who's got strong words again...

President Biden. Yesterday, he called Russian President Vladimir Putin a “war criminal” and said he should be held “accountable,” calling on the international community to bring him to trial. The statement came after backlash over Biden's comments last month for saying Putin “cannot remain in power.” But this time, Biden's comments came after violent scenes emerged in Bucha, a suburb northwest of Kyiv. Next up: The Biden admin says it’s slapping Moscow with more sanctions this week.

Who’s trying to hop on the NFT bandwagon…